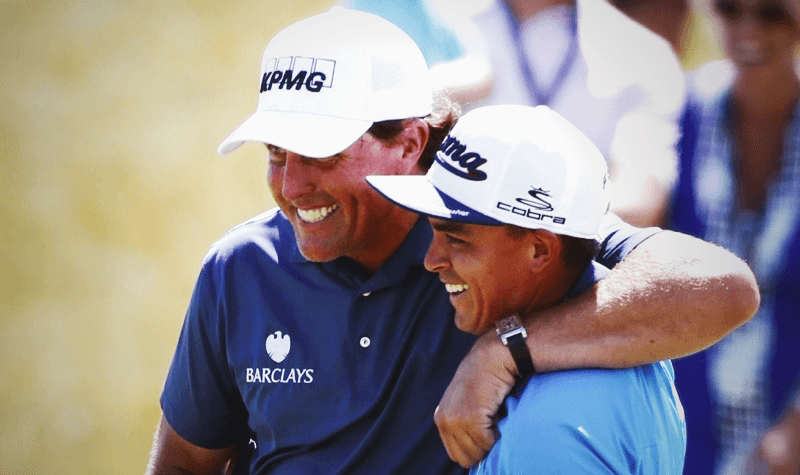 HAVEN, Wisconsin — I sat down with everybody’s favorite Oklahoma State golfer (sorry, Jordan Niebrugge) on Tuesday at the PGA Championship to chat about his season. You can read the entire Q&A here on CBS. I’ve excerpted some of the better stuff below.

What’s your biggest source of confidnce?

“Playing well or hitting good shots down the stretch when we have these Tuesday matches. When we’re kind of under the gun or have to hit certain shots or get the ball up and down or make a putt when it’s needed. That’s probably the closest you can get to being in a tournament situation or that feeling. Those are some of the things I pull from the most other than actual tournament experience.”

Fowler played with Phil Mickelson in one of those famed Tuesda money matches this week against Jordan Spieth and Justin Thomas. Fowler and Lefty did not win, but Phil got some sick burns in on Spieth.

And Fowler hit a late putt to win a press (a side bet that counts only the last two holes and not the entire match). “Me making (my) putt was to save some money,” Fowler told the AP. “And it was nice to walk away with that.”

How many OSU games are you going to this season?

“I’m hoping to at least to get to one. With the Playoffs and the Presidents Cup, my best friend is getting married in the middle of that. I’m going to have to get to one in November. With the wraparound schedule, it’s so tough. Hopefully get to one. No promises outside of that.”