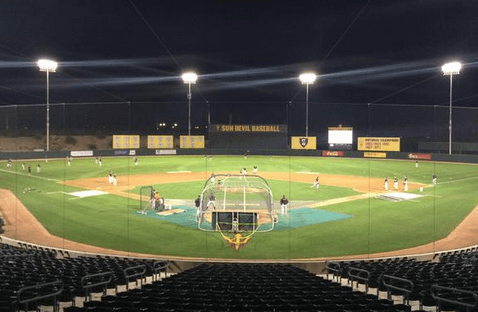 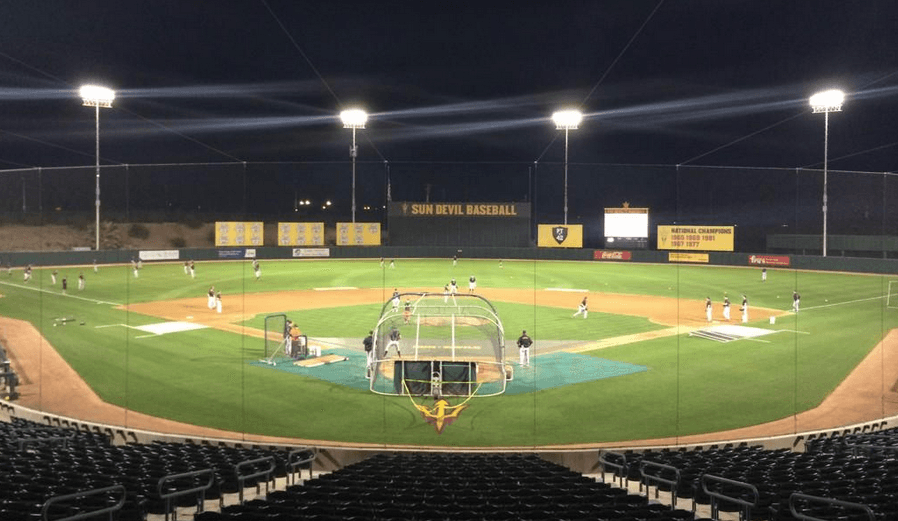 OSU had a shaky start to the season, but don’t ring the alarm bells just yet. Here’s what you missed with Cowboy Baseball last week:

Josh Holliday really wants to challenge his team in the non-conference part of the schedule, and what better way than to travel to Phoenix to take on No. 18 Arizona State to start the season?

That didn’t work out well for the Cowboys, who dropped two of three and still have some large question marks.

OSU got ahead 3-2 in Friday night’s game, but Blake Battenfield gave up the tying run in the 8th, and ASU’s Woodmansee walked off for the win in the 10th.

It was the first time OSU has lost the first game of the season since Holliday arrived.

Allowing five runs in the first three innings did in the Cowboys on Saturday. Starting pitcher Jon Perrin was limited to a pitch count after having minor surgery in the offseason.

He struggled though, giving up four runs in just 1.1 innings, while walking two and hitting another. OSU had chances – leaving 10 runners on base – but couldn’t capitalize and complete the comeback.

Orange Crush Sunday provided all the fireworks, and got the Cowboys in the win column for the first time in 2015.

OSU exploded for six runs in the 3rd, sending 10 batters to the plate. New third baseman Kevin Bradley added two insurance runs in the 5th with the first Cowboy homer of the year, and Conor Costello had what turned out to be the game-winning RBI single in the 6th as OSU held on, 9-8.

Offensive Player of the Week
Kevin Bradley, Soph. 3B

The newcomer from Pennington, N.J., started all three games at third base and might have already won the starting spot for the rest of the season. He went 4-9 at the plate, hitting the first OSU home run of the year, and added a double and five RBIs.

And if that isn’t awesome enough, he’s also a cousin of Michael Bradley, the talented midfielder for the U.S. Soccer Men’s National Team.

Another newcomer, Reed pitched the second-most innings of any Cowboy this weekend. The Frisco, Texas, native threw three scoreless innings Saturday, and picked up the win Sunday with another scoreless inning.

He was one of just a couple bright spots in an otherwise rough weekend for the pitching staff.

Baseball team giving the football team a run for the Uni Heisman.

Former Big 12 MVP keeping up with the team.

The Cowboys will get out of the snow and back to sunny Arizona for the Big 12/Pac-12 Challenge. OSU starts in Surprise on Thursday against Oregon State, and gets Washington State the next day.

Saturday the Pokes head to Mesa to play Utah, and the weekend ends in Peoria versus Washington.

1. It’s about the endgame for Josh Holliday. He will spend the first part of the season playing different lineups, trying to find his starters for conference play and postseason.

While losing two of three to open the season probably isn’t what he was hoping for, he also knows there’s still a full season ahead of the team.

2. This weekend is the last time OSU will play outside of Stillwater until the Big 12 opener at TCU on March 20. This will be the last chance to get newer guys experience in hostile crowds before conference play begins.

That didn’t work well last year, with OSU losing two of three at Baylor in the first road conference series of the season after spending most of the early non-conference schedule at home.

We’ll have to see if Holliday prepares the team any differently this year.

3. The pitching staff, yikes. Giving up 17 runs in three games is not going to win this team many games. More worrisome is the 11 hits per 9 innings and three home runs allowed.

There were a couple bright spots (Reed’s four scoreless innings, Cobb’s six strikeouts in 3.2 innings) but OSU is going to need a lot more from this group if Omaha is still in the cards.