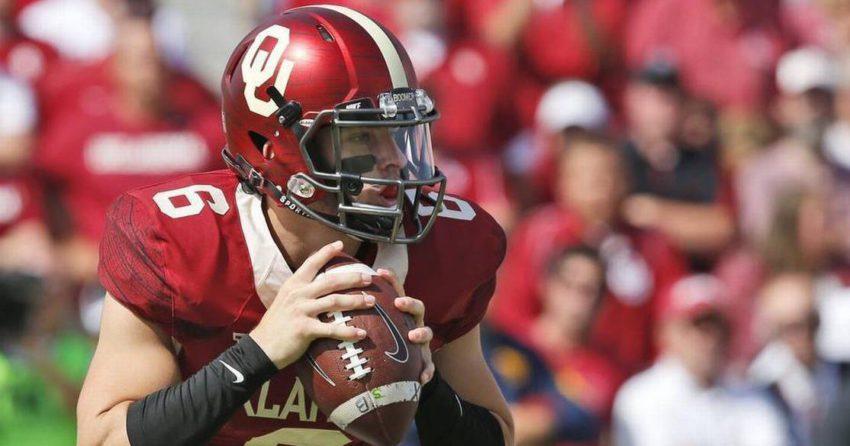 Bedlam is tomorrow. The PFB team broke down our predictions and for the game and made our game picks.

Boone: So Dede Westbrook seems confident. He posted on instagram a picture of him and Baker Mayfield with a caption “laughing about OSU’s chances Saturday.” Since this is a predictions post, how many yards will Dede Westbrook have in Bedlam? And will he eat his words?

Cox: I will say 85. The weather has the potential to slow down either passing game but he will break off for at least one big play. As far as laughing at the chance is concerned, he will eat his words.

Porter: I’ll say 110. But I don’t think he’s going to be the best receiver on the field. And I think that will surprise him.

Caleb: I agree. He’s had some good games, but if you look at teams with good defenses, he’s put up 100 on WVU, only 88 on BU and only 105 yards against Kansas. KANSAS!!! I’m going price is right rules and saying 84 to beat Cox.

Cox: plus I agree with KP’s dad from the pod. I don’t think Spencer is going to give much up over the top.

Caleb: Also he had 33 yards against Louisiana Monroe. I know he only played like 4.2% of that game probably, but come on…

Southwell: I wouldn’t hold that against Kansas after their performance against James Washington. They’re frustrating.

But I’m in the same line of thinking with you guys. Weather could be a factor, but I’m worried our defense will bite on double moves. I think he will have about 100 yards. I think James Washington will have a lot more.

Boone: Who will have the better game // Mason Rudolph or Baker Mayfield?

Porter: Mayfield because he’s going to run a lot. I still don’t trust Road Rudolph like I do Home Rudolph.

Cox: I’m going with Mayfield from a numbers standpoint… But I don’t think that necessarily means OU wins.

Caleb: Mayfield will look and feel like the better quarterback, but Mason’s stat line will be better. Also Mason gets the W, so obviously….

Cox: Mason will win the award for better TD celebrations.

Southwell: Mason should come away with a better stat line for passing. Both QBs will run, but Mayfield should take that category.
I think Mason will have more TDs and fewer INTs, so I’m going with Rudolph overall.

Porter: This is true. One of the OU writers Mandeville interviewed earlier in the week said one way to beat OU is like Tech (air, air, air) and the other is like Kansas State. Guess which one Gundy is going to choose.

Cox: that makes you wonder if they will use Rudolph to run the ball more than normal

Porter: Why not? No Playoff to play for. Bowl game not for a month. Ride the Reindeer.

Southwell: OSU should be able to do whatever they want against OU’s defense. No reason to heavily lean on the run or pass

Cox: I just hope weather doesn’t factor in that much.

Boone: So a crazy/bold prediction for the game?

Cox: I predict that OU attempts a fake punt and it ends badly for them

Boone: I think OSU will have two RUN touchdowns of > 50 yards

Cox: I say Justice Hill has his best game of the season.

Southwell: WHY DO YOU HATE OSU @porter

Caleb: 45-41 Pokes. Taylor blocks and extra point, forcing OU into some tough decisions, they score at the end to make it 42-41 (OSU in lead), fail to recover an onside kick, and the Ice Pirate seals the deal. Boom