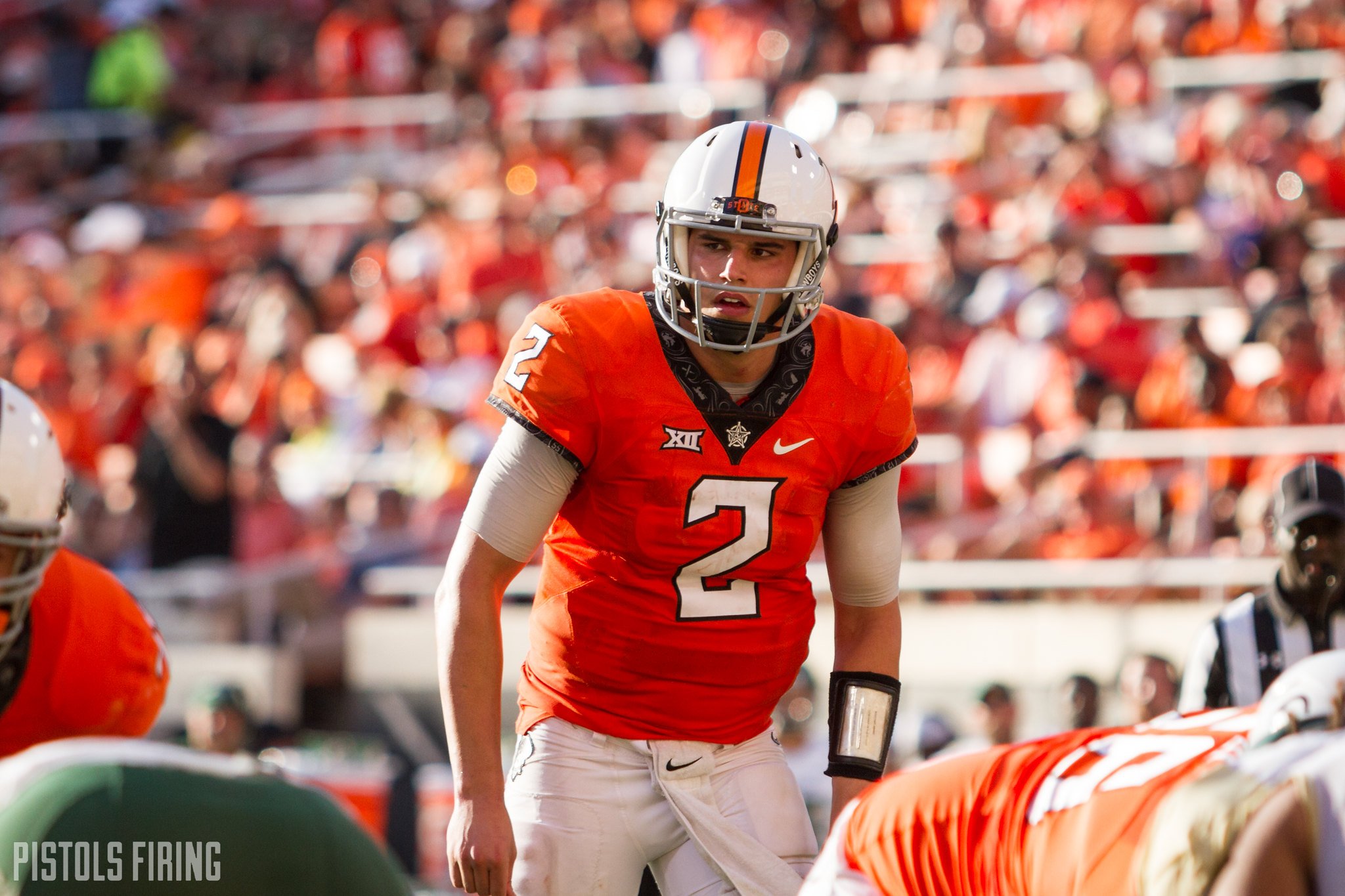 If given the choice to select an Oklahoma State quarterback between Brandon Weeden and Mason Rudolph, most, if not all fans, would happily take the now-37-year-old former first-round Cleveland Browns pick in a hurry.

But ESPN on Friday dropped an all-encompassing QB rankings of the 21st century, and not only did they take Rudolph over Weeden — they didn’t even include Weeden. Rudolph, meanwhile, was ranked 53rd — one spot ahead of Patrick Mahomes on the 60-man list.

Talk about a take. Weeden over Rudolph is … a decision. I mean, sure, it’s one our fearless leader Marshall Scott controversially agrees with. But that should be taken with consideration that his opinion on the matter was, quite literally, prefaced under one of our old “Hot Take of the Day” subjects. It’s not a real argument!

Marshall does lay out some interesting factoids to make ya think — like Rudolph’s deep-ball efficiency and the total offensive production — and it does make you at least think. But Weeden’s conference title to me trumps all, though clearly you have legs to stand on if you want to argue Rudolph’s longevity trumps Weeden’s pan-flash of brilliance. Here’s Marsh on that topic:

Yes, Brandon Weeden won a BCS Bowl game and a Big 12 title while Rudolph didn’t. That’s also a fact. Another fact is that Weeden went 23-3 as a starter and Rudolph went 32-8.

Fair point, I guess. But I trust my eyes, and I trust my heart. And in a pinch, I’m taking Weeden over Rudolph every single time. Maybe the totality of his career wasn’t better than that of Rudolph’s, so it’s reasonable to rank it the way ESPN did. But Weeden is in his own tier of elite OSU players for bringing home the crown. Put some respect on the old man’s name.