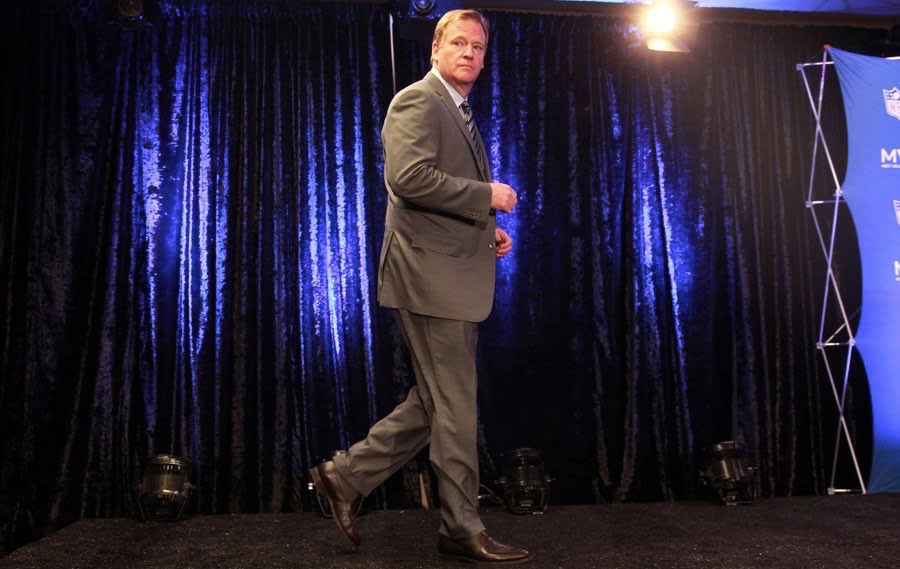 To prepare for the NFL draft kicking off Thursday, NFL Commissioner Roger Goodell has been making changes.

Goodell recently announced that the NFL main office would no longer be tax-exempt. Even though this change will be minor, since all NFL teams are already taxable, Goodell said he wanted to remove the tax-exempt status because it was a “distraction.”

This shift, as well as Goodell’s promise to take player conduct more seriously, comes as a move to restore some of the positive opinion lost recently to the League’s uneven handling of cases of domestic abuse, illegal substances, and potential rule infractions like the Patriots’ infamous “Deflategate.”

As part of this PR blitz, Goodell also had a message to players who will be joining the League this weekend: “Please, for the love of God, don’t make me do stuff.”

Goodell explained that this last year has been among the hardest in his career.

“I would come into the office, hoping to ease into my day,” said Goodell. “Maybe check my crops on Farmville. Maybe have a latte. And wham, somebody would be calling my phone and my morning was ruined.”

Goodell said that it got to the point that needed to seek additional help in making crucial decisions.

“I would go to my Magic 8 Ball,” said Goodell. “I would ask it if I was making the right call, and if it said ‘You may rely on it’ I would keep going or if it said ‘My sources say no,’ I would go the opposite way. But as the year went on, I realized that I needed more help so I broke out the dice.”

Goodell said his custom set of NFL commissioner dice were a great help to him in deciding how long to suspend players for various issues of misconduct.

“I would look at a case and say, ‘Okay, how many games?’ and give it a roll,” said Goodell. “It made things a lot simpler. On a couple of cases, I think maybe with [Ndamukong] Suh, the dice fell off my desk, so I took that as a zero.”

But even with these aids at his disposal, Goodell said the experience was harrowing.

“I just can’t emphasize enough how much of a drag it was,” said Goodell. “I couldn’t even check Facebook some days. Can you imagine? I don’t think you can.”

So Goodell’s message to the new players is simple.

“Don’t do anything that keeps me from being able to get on YikYak,” said Goodell. “Don’t break the law or the rules or anything like that. Help me out and do the right thing, guys. I guess there are also the ethical and moral reasons not to do that stuff too.”

When asked about whether he and the League office had resolved “Deflategate,” Goodell said, “Geez, are we still talking about that? You know what, I’ll give you a decision right now if someone can lend me a two-sided coin.”