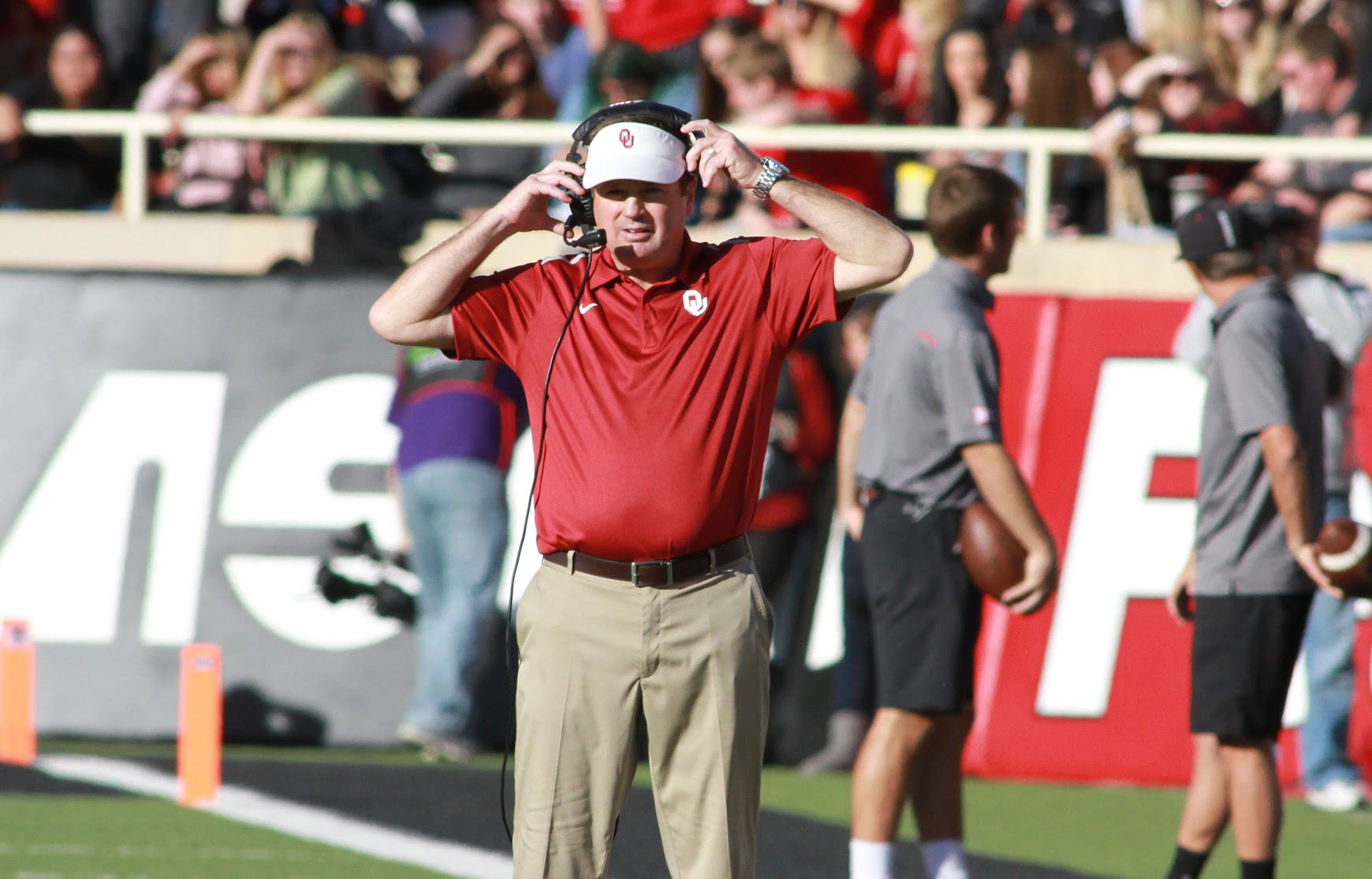 Could Bob Stoops still win it all? (USATSI)

The Sooners started the season with high hopes. After a promising victory in the Sugar Bowl in which quarterback Trevor Knight played an inspired four quarters, many believed that 2014 would be their year to take it all.

However, things haven’t played out how the Sooner have hoped.

After losing two close games to TCU and Kansas State and a blowout to Baylor, all hope seems dashed for the Sooners to win the Big 12 or the inaugural CFP playoff. Sooner head coach Bob Stoops disagrees with the naysayers.

“We’ve still got everything to play for,” said Stoops. “After all, we’re the best three-loss team in the country.”

Stoops says that while OU may have three losses, all of those losses are “quality losses,” particularly in a league as deep as the Big 12 with teams like Texas Tech, Iowa State, OSU and Kansas.

“If you look at the Baylor game,” said Stoops explaining the loss, “we were right there with them. All it takes against a quality team like that is for a few things not to go your way, and suddenly you’re down 48-14. It could easily go the other way.”

Stoops says that while it is numerically impossible for the Sooner’s to win or earn a share of the Big 12 title, the rest of their resume is more than good enough to merit inclusion in the playoff.

Another reporter guessed UO, and Stoops seemed to brighten.

The reporter clarified that he meant the University of Oregon. Stoops became visibly irritated.

Stoops noted that in addition to having a strong resume, the Sooners have frequently controlled the games they’ve played, such as their 44-7 drubbing of Kansas.

“Look at that margin!” said Stoops, “Who else has demonstrated that sort of game-control? Florida State barely beat Miami and Boston College. I mean, who are they? I’ve never even heard of those teams before.”

Stoops noted that not only did they control the game, but they did so against a quality team like Kansas.

“Winning in the Big 12 is always tough,” said Stoops, “especially against a program on the rise. Now that they’re a football school, beating Kansas is even more meaningful.”

Stoops notes that even though the Sooners are not a shoe-in for the playoff, with a victory over in-state rival Oklahoma State, the Sooners will deserve a spot as much as any of the current top four.