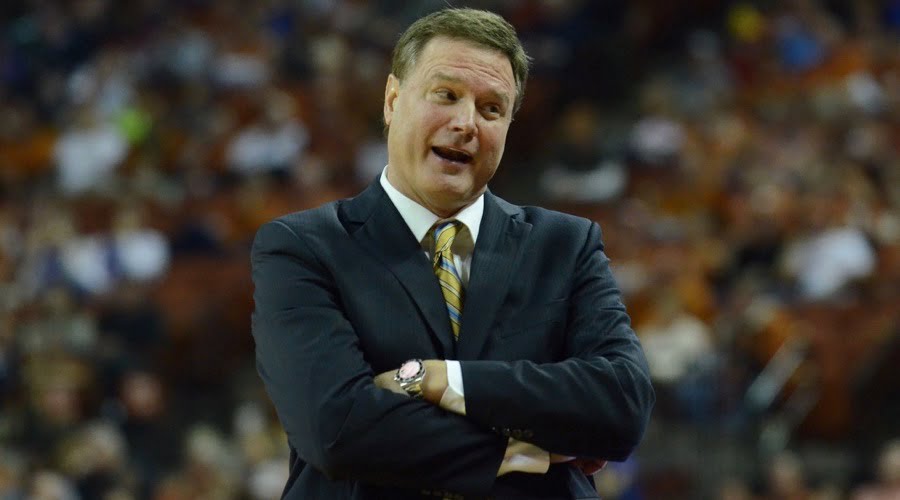 In what is becoming a tradition for the Cowboys, last Saturday Oklahoma State came from behind to upset Kansas. Strong defense and some miscues from the Jayhawks allowed the Cowboys to erase an 11-point halftime deficit and win the game 67-62.

Despite losing to the Cowboys on the road, the Jayhawks are still poised to win at least a share of the Big 12 if not win the conference outright, their 11th straight (potentially).

But all that glitters isn’t gold.

With the cancellation of KU basketball eminent (though delayed for the sake of the season ticket holders), Kansas head coach Bill Self admitted that he’s applied for several coaching positions, including OSU.

“I know they don’t currently have an opening,” said Self, “but I’d be happy to come help out in any way that I can. Do they need someone to mop, carrying the water bottles? I can do any of those things. I’ve also got great people skills and would be happy to answer the phone.”

Self said he dropped off his resume at OSU Athletic Director Mike Holder’s office shortly before the game Saturday, but OSU has yet to call him back.

“I’m not sure why I haven’t heard back from them yet,” said Self, wringing his hands lightly. “I know they got it. I don’t think I used any weird fonts or anything. I hope my paper was the right weight. Is Comic Sans okay?”

Holder later confirmed that they did get Self’s resume, but they’re still calling his references and giving other candidates time to submit.

“We just don’t want to jump the gun on this,” said Holder. “And besides, it’s not like we have an opening right now. He’s just got to be patient. Don’t call us we’ll call him.”

Holder noted that the font did score Self some major points.

After being pressed for more details, Holder finally caved.

“Look,” said Holder, “we just don’t need a guy like him right now. I mean, sure, a decade of conference dominance and a national title are great and all, but we need a guy who can win at GIA. And Bill [Self] just hasn’t shown that he’s capable of doing that. Besides, how many times has he beaten KU? Look it up, but it’s not pretty.”

Holder admitted that he didn’t want to announce this so soon, but he and OSU are currently going in a different direction but wish Self luck in all of his future endeavors.

After hearing Holder’s announcement, Self said he’s disappointed but not surprised.

“Mike [Holder] is a good guy and I respect his hiring decisions,” said Self holding a suitcase with “Stillwater or bust” written on the side. “But I would be fine if he changed his mind in the future. Heck, I would be fine with just about anything.