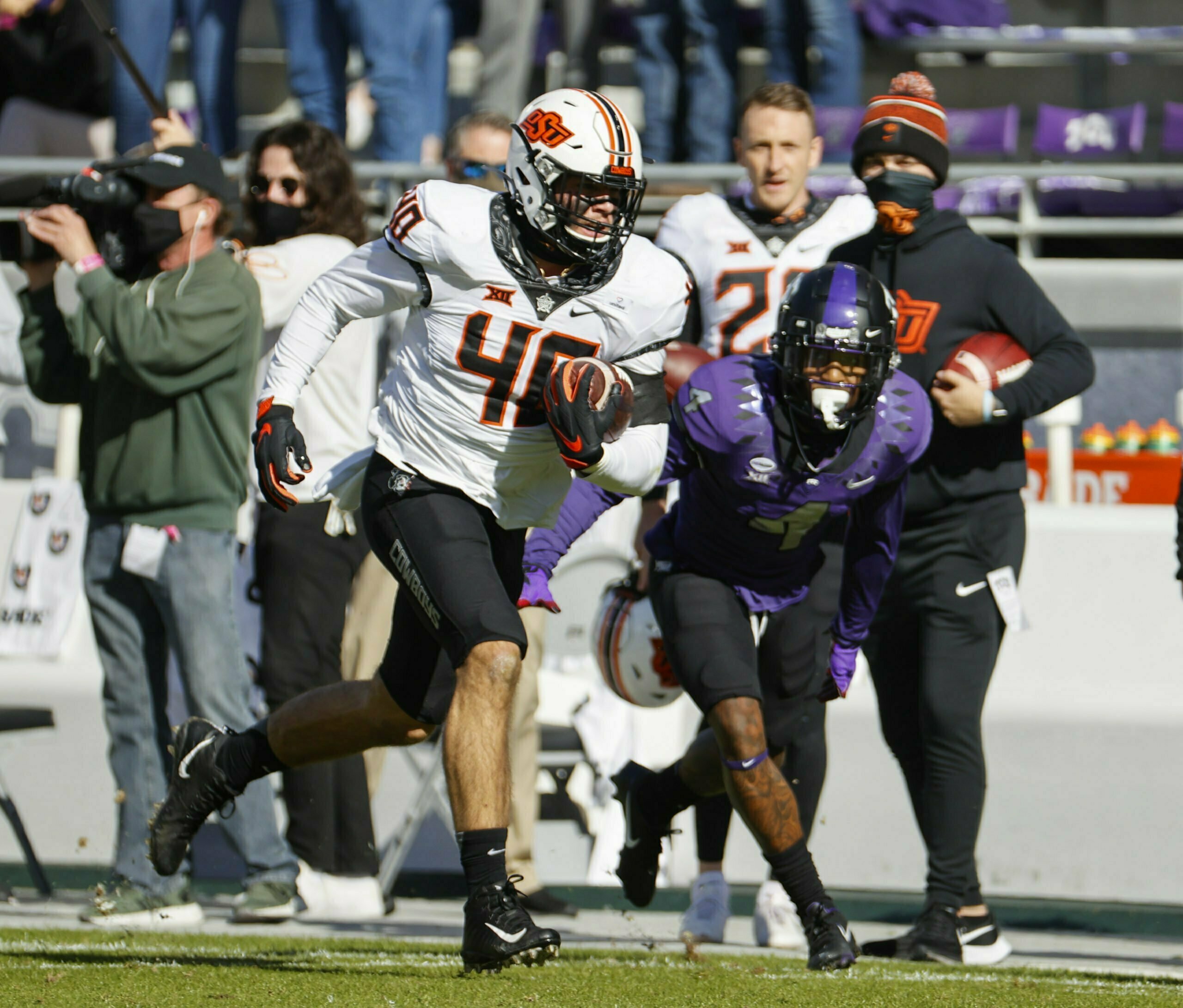 Oklahoma State’s football team fell in Fort Worth, right out of the Big 12 title race. The result wasn’t all that pleasing, but there were still some exciting plays to remember from OSU’s (unfortunately) final scheduled trip to DFW.

Tylan’s Last Play as a Cowboy?

That TD is bittersweet because it was the last play for Tylan in that game. He came up gingerly and spent the fourth quarter on the sideline.

With just one regular season game left and his health a question, it may very well have been the last of his illustrious career at OSU. Cowboy fans will miss getting to watch that type of talent on a regular basis if that was in fact it.

OSU’s defense Took. It. Back.

Roommates Malcolm Rodriguez and Brock Martin teamed up for this strip, scoop and score.

Don’t look now, but Calvin Bundage is the Pokes’ sack leader. He’s had three over the last four games. Here’s the one against TCU.

OSU hoops struggled to put away winless, but hot-shooting Oakland team, at least until the very end. But with this team chock full of young talent, you always gotta bring your popcorn.

Here’s OSU’s top 4 plays from the Cowboys’ fourth win. Come for the runouts and alley-oops, stay for the windmill.

OSU is back in action on Tuesday night when the Pokes host ORU at 7 p.m. on ESPN+.

The Cowgirls hoops squad came up just short, suffering its first loss of the season to Alabama. But there were still plenty of notable plays.

The Cowgirls have a quick turnaround, hosting SMU at 6:30 p.m. Monday. The game will be streamed on ESPN+.