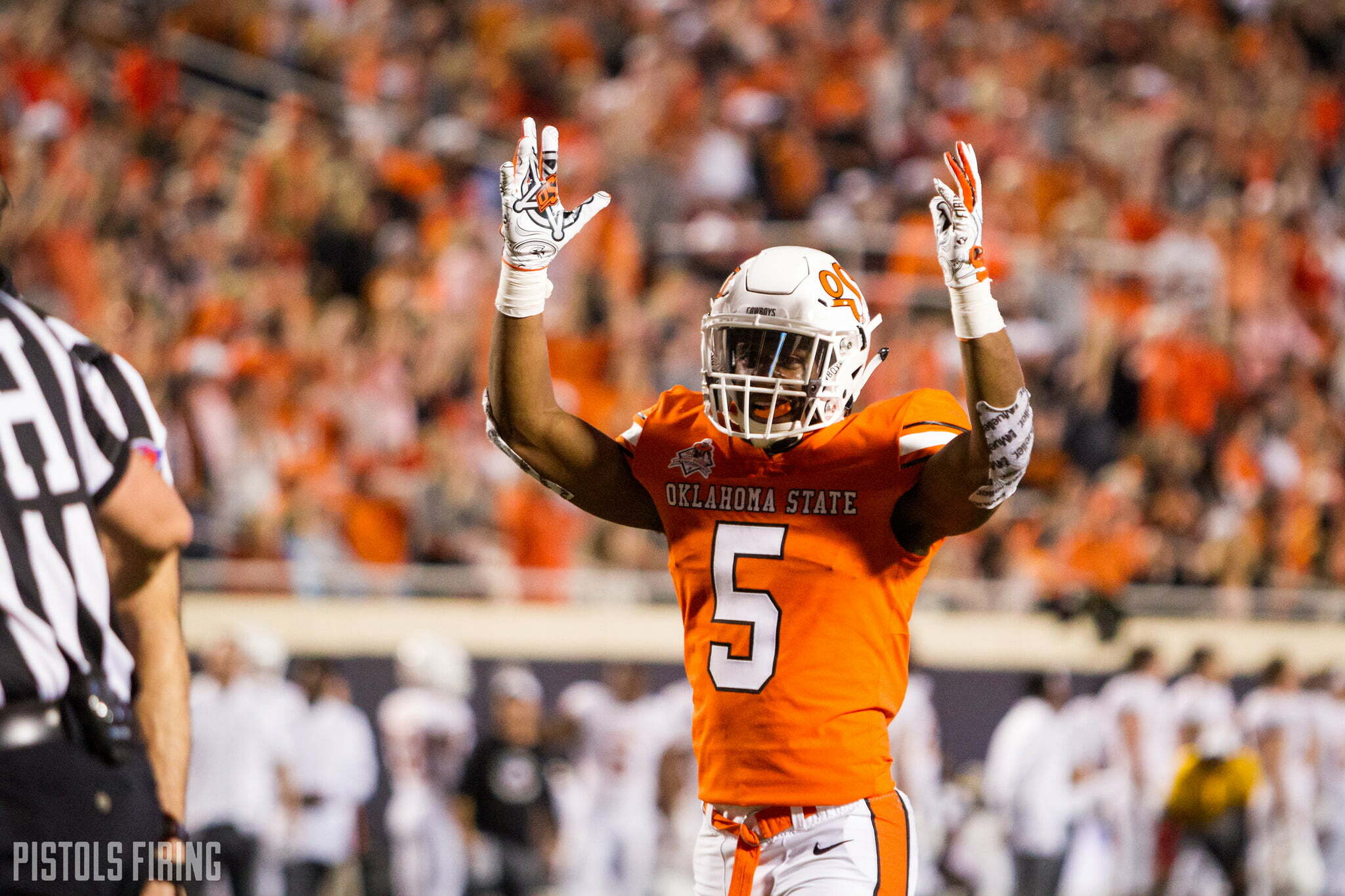 There were a lot of questions about Oklahoma State entering this season, but the only one that involved the running backs was: “Are there enough balls to go around?”

Turns out there probably wasn’t leading to J.D. King’s decision to transfer as this might have been the deepest backfield in school history. Despite offensive line struggles at times this season, this stable of running backs turned in performance after performance. Quick note: I mention King throughout this piece because he contributed a majority of the year, but here are my season grades for the group.

It’s a little puzzling to me that the running backs haven’t been handed the ball more despite the Cowboys having a first-year starter at quarterback and, at one point, four guys who could be starting at running back.

Going into the year, a lot of talk went into how deep OSU was at running back, and it turns out the Cowboys needed it. Justice Hill left the OU game with and injury and hasn’t returned, and J.D. King transferred likely because of how deep OSU is at the position. So, now the Cowboys are “stuck” with Chuba Hubbard and LD Brown which still might be a top three running back tandem in the Big 12.

Hill, Hubbard, King and Brown all have more than 200 all-purpose yards this season and have combined for 20 of OSU’s 60 total touchdowns.

A pecking order was definitely established: Hill, Hubbard, King then Brown. But even Brown showed his ability deep in the season, averaging 6.5 yards a carry in his four touches against then-No. 9 West Virginia. The Cowboys will lose King for next year and could also lose Hill to the NFL Draft, but even having only Hubbard and Brown makes for a stout rushing attack next season. Add on a redshirt freshman Jahmyl Jeter into that mix and beware.

Do It All Backs: B

Hubbard and King each have two receiving touchdowns this season. Together, OSU’s four running backs have 39 receptions for 357 yards. King joked early in the year that he has the best hands on the team, and he was efficient with his six catches, getting 92 yards and two scores out of them. Hubbard has been the Cowboys’ most dynamic receiving running back. He has 19 catches for 192 yards.

Hubbard also gets work done in the return game. He has 510 return yards this season and is second to only Tylan Wallace on the team in all-purpose yards with 1,297.

Week to Week: A

In seven of the Cowboys’ games this season, an OSU running back had at least 100 yards. One game in which they didn’t was against the South Alabama, where it wasn’t really needed, and it’s somewhat cancelled out by the fact that Hill and Brown each posted 100+ rushing yards against Missouri State.

It seemed like any time the team needed them and they got the ball enough times, the Cowboys’ running backs made it happen. Here is a list of OSU’s running backs’ 100-yard rushing performances this season.

It’s not only ridiculous that there are eight numbers there, but it’s even more ridiculous that three different names are there. Although Hill has five games on the list, it’s worth noting Hubbard’s two games were against top-10 teams. Nutty.

It can be tough judging running backs because a lot of their production also relies on their offensive line. With that said, there isn’t one game I can look back to this season, and say, man if only OSU’s running back would’ve shown up. Maybe the Iowa State game (where Hill averaged 2.75 yards a carry), but there was a lot more going wrong that game for OSU than that. In the Kansas State game, Hill and Hubbard had a combined 12 carries (Hubbard had one carry!).

The group’s touchdown number is lower than expected, but that has some to do with a spotty goal line offense, and the fact that Cornelius has used the backs as a decoy and ran for 10 touchdowns himself.