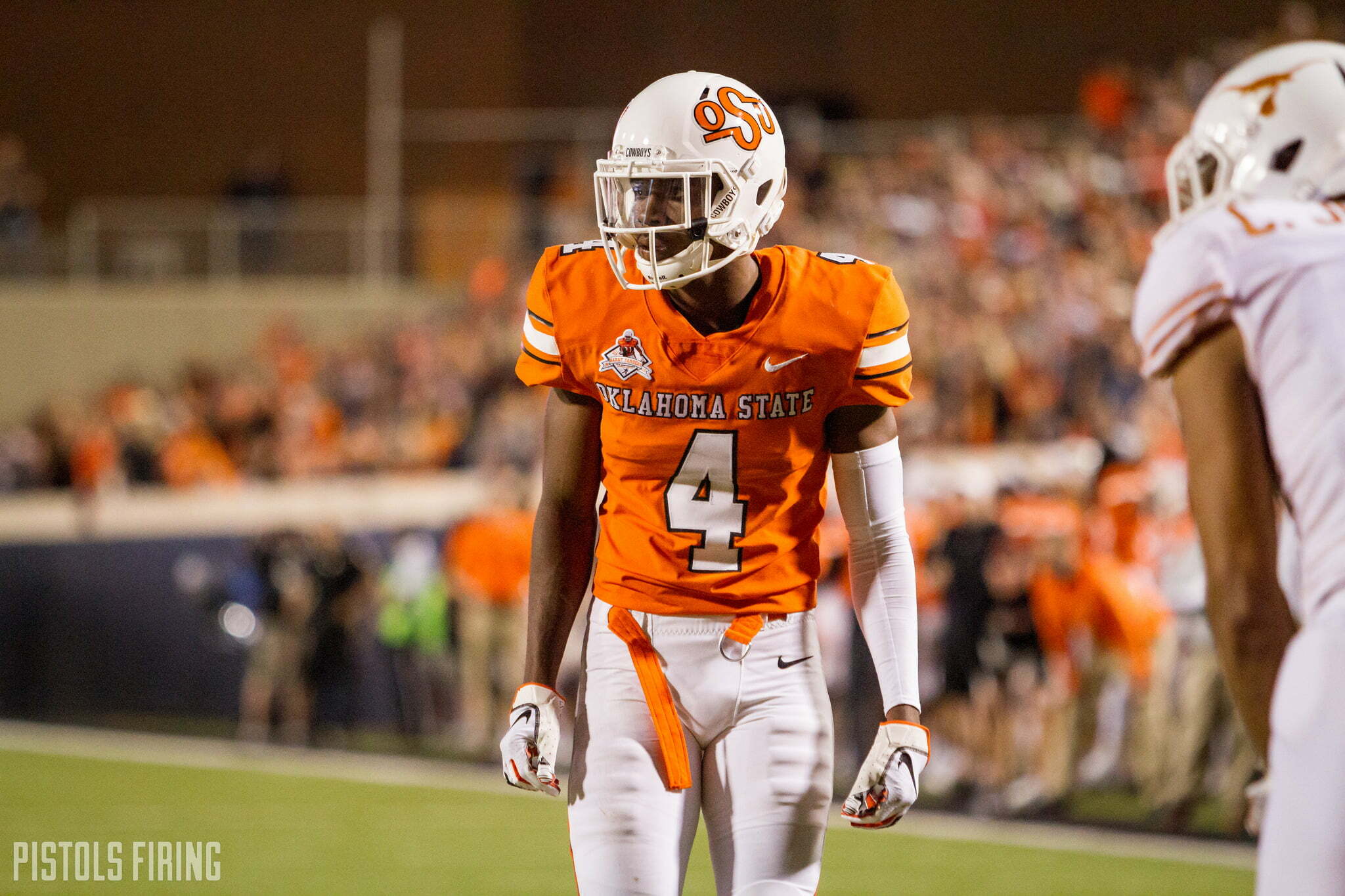 When a 6-6 team gives up a conference-high 32.4 points per game and gives up an average of 258.3 passing yards a game, that team’s cornerbacks are easy targets as to why things went poorly.

It’s no secret A.J. Green and Rodarius Williams didn’t have quite the season they had a year ago, but I’m here to tell you, it might have not been as bad as you think. Still not great, but not as terrible as it might seem.

One of the nice feel-good stories for me this season is when A.J. Green went from this:

in a few weeks.

Here are my regular season grades for OSU’s corners.

Last season, Green and Williams had a combined four picks and 15 pass breakups in what was a promising year for the then youthful corners. They did that with safeties Tre Flowers and Ramon Richards, both of whom had experience and both are considered cover guys.

This season OSU’s corner duo has three interceptions and 18 pass breakups. OSU’s two top safeties are probably considered Malcolm Rodriguez and Kenneth Edison-McGruder, both considered more run support guys. OSU’s traditional cover safeties include Jarrick Bernard and Kolby Peel (who also might end up being more of a run support), both are freshmen.

So while this season might seem worse than last season for Williams and Green, you have to consider what they were out there with. I didn’t even mention the new defensive system overall. And this isn’t a knock on Bernard and Peel, but any day of the week I’d take senior Flowers and Richards over freshmen Bernard and Peel.

This is already mentioned above, but OSU corners combined for three INTs this season, two from Williams and one from Green.

Williams actually didn’t have an interception in 2017, while Green had four. So, the duo is one interception below what they were a season ago. It’s still not a great amount, as Texas freshman Caden Sterns has four picks this season.

A staggering stat is in total last season, the OSU defense had 17 interceptions. With a bowl game left this season, OSU’s defense has five.

Excluding Tylan Wallace (obviously), here is how the Big 12’s Top 5 receivers did against OSU.

In terms of receiving yards per game, the Cowboys held Wesley, Butler and Humphrey below their season averages, while Reagor was narrowly above his 88.4 average. Brown was quite a bit above his 101.4 average.

It wasn’t a great year for Williams and Green in the grand scheme, but I don’t think it was as bad as a 6-6 record might make it look.

Given factors like playing with a lot of youth around them, I think substantial improvement will come next season. I feel like I’ve said that a lot in my season grades posts, so maybe I’m just too optimistic.