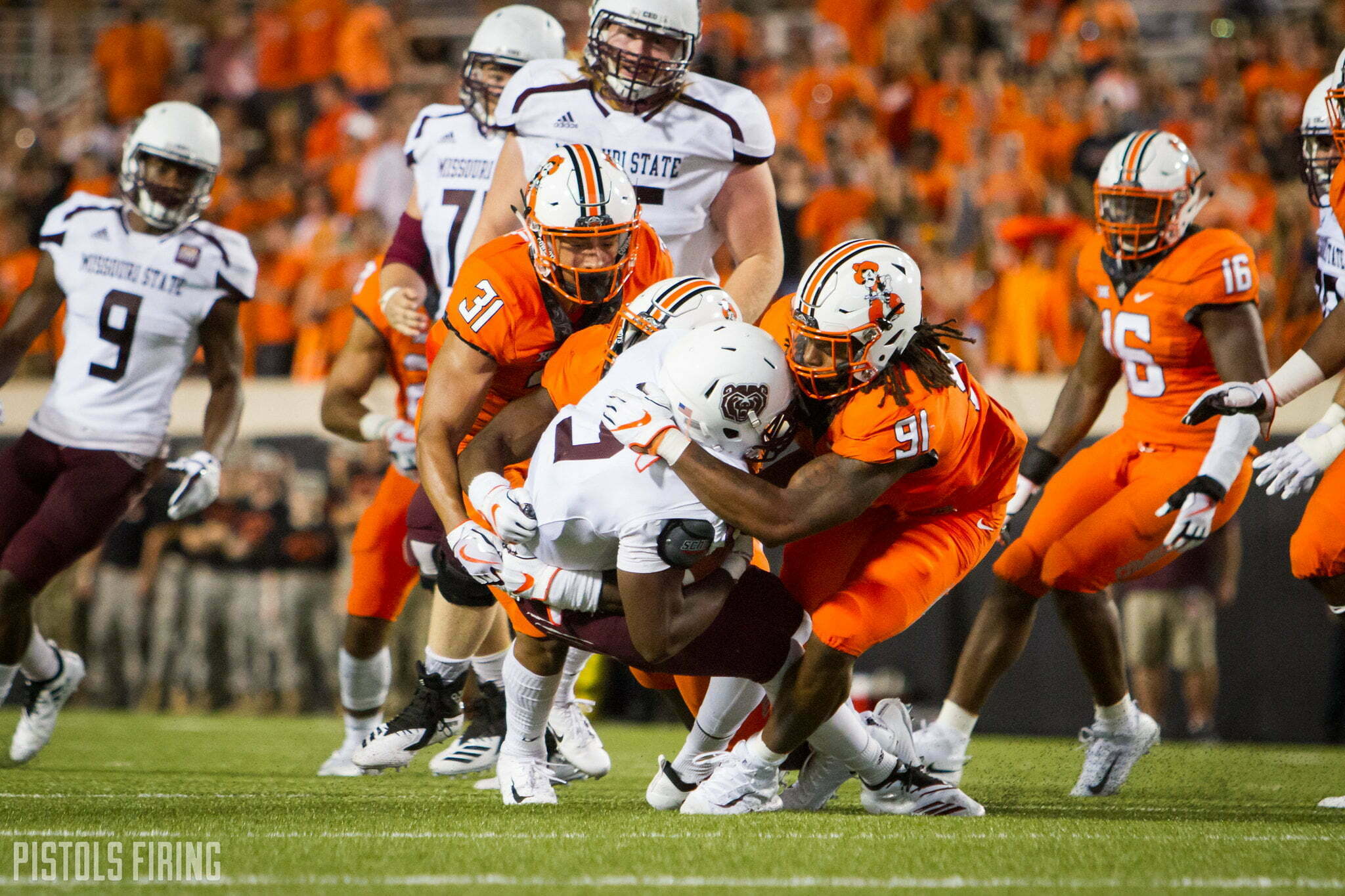 The Cowboys and Bears will meet for the ninth time on Saturday, and things historically haven’t gone well for the latter.

Oklahoma State is 8-0 all-time against Missouri State, dating to the teams’ first meeting in 1993. In those eight games, the Pokes have outscored the Bears 352-100. Here is a look at the teams’ meetings, starting with the most recent.

This was a game of firsts.

It was the Cowboys’ first game of 2018. The first game with the massive jumbotron hanging in the east end zone of Boone Pickens Stadium. It was the first game Taylor Cornelius started. It was the game Chuba Hubbard scored is first college touchdown, on a reception, no less.

Jalen McCleskey had three scores on the day, two receiving and one rushing, just a few weeks before hitting the transfer portal and heading to Tulane.

Cornelius completed 71% of his passes for 300 yards, five touchdowns and an interception.

Perhaps the toughest trivia question from this game is that OSU Cowboy back Sione Finefeuiaki scored his only career TD on a 3-yard pass in the second quarter.

After taking the reigning national champs and Heisman winner down to the wire in Jerry World, a beaten up Oklahoma State team got its first win of the 2014 season in Stillwater against the Bears.

JW Walsh started the game at QB for the Pokes before suffering a foot injury that kept him out the remainder of the season. In came Daxx Garman. Garman finished 16-for-26 for 244 yards and a pair of scores. Rennie Childs had the Pokes’ two rushing touchdowns on the day.

OSU blocked a punt, an extra-point attempt and a field-goal attempt in the game.

OSU finished the year 7-6, beating Washington in the Cactus Bowl. The Bears went 4-8.

The Cowboys threw 10 passes in this game and still scored 57 points.

Zac Robinson, Alex Cate and Brandon Weeden (in that order) went a combined 5-for-10 for 122 yards and a touchdown. Meanwhile Keith Toston, Beau Johnson and Kendall Hunter all ran for more than 130 yards, part of OSU’s 450-yard performance on the ground.

Without the need to throw the ball, Dez Bryant’s only stats in the game were his two punt returns for 41 yards.

The Cowboys went 9-4 on the year, falling to Oregon in the Holiday Bowl. Missouri State finished 3-6.

This game started with a 96-yard Parrish Cox kick return, and it didn’t get much better for the Bears.

The Cowboys held a 45-0 lead early in the third quarter. Bobby Reid threw four touchdowns in the game, including a 72-yard score to D’Juan Woods.

Cox also had an interception in the game, and the Cowboys’ defense held the Bears to just 68 rushing yards.

The Cowboys went 7-6 in 2006, beating Alabama in the Independence Bowl. Missouri State went 2-9.

Tatum Bell scored a career-high four touchdowns in this game to go with his 143 rushing yards.

Josh Fields had 153 passing yards and a touchdown to Rashaun Woods. It was also a big day for Seymore Shaw, who ran for 107 yards on just 10 carries.

The Bears eclipsed 100 rushing yards, but did so on just 2.2 yards per carry.

The Cowboys finished the year 9-4 and fell to Ole Miss in the Cotton Bowl. Missouri State went 4-7 on the season, beating two Oklahoma schools in the process: East Central and Bacone College.

The tightest matchup in the series’ history, it took OT at Lewis Field for the Cowboys to start the 1996 season 1-0.

It was an up year for the Bears, as Missouri State went 7-4. The Bears haven’t won seven games in a season since.

For the Cowboys, it was the second season of the Bob Simmons era. The Cowboys struggled to a 5-6 record, beating only Iowa State and Baylor in Big 12 play.

The Cowboys’ started the Simmons era 0-2, falling to Nebraska and Tulsa to start the 1995 season, but Simmons got his first W as OSU’s coach against Missouri State.

The Cowboys started the 1993 season 3-1, starting the year with this shellacking against the Bears. But the Pokes finished the year just 3-8 in what would be the penultimate season of the Pat Jones era.

It ended up being a solid season for Missouri State, as the Bears finished 7-4.