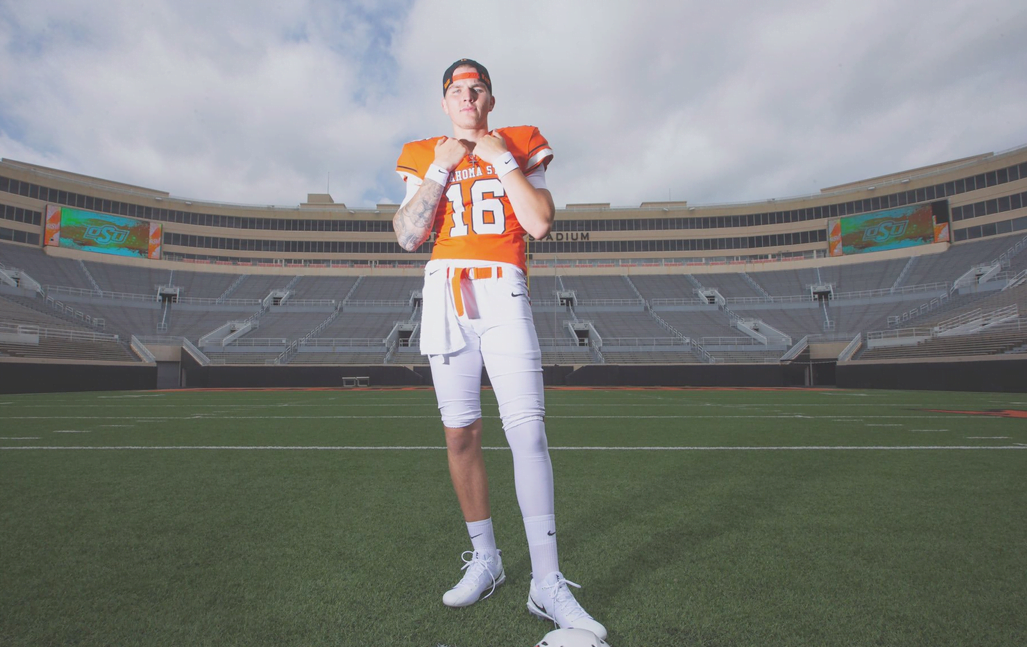 This weekend’s big game — which doubled as a big recruiting event — resulted in at least one big commitment in the immediate aftermath.

Players from the Class of 2020 all the way up to 2023 flocked to Stillwater to watch the Cowboys take down No. 24 Kansas State. Here’s a look at six of the headline recruits GoPokes.com noted made it to campus.

Presley’s gone from under the radar to off the charts. In Bixby football’s rise this season, he’s been the driving force as a pass-catcher and playmaker. Two weeks ago, he was top 10 in the country in touchdowns scored among all high school prospects. Having him on campus is a huge deal because his production is inevitably going to have other schools calling.

Banks was the big commitment from the weekend. The 2022 offensive tackle made his way to Stillwater, and apparently left the game so impressed he decided to shut down his recruitment.

“When I left the game I thought, ‘How quickly can I be a Cowboy?'” he told Rivals.com. “There was more to the school than football. It’s a family”

People haven’t fully realized just how good Kendal Daniels is — and he’s right in Oklahoma State’s backyard. The 2021 safety is rated as a three-star prospect but has a four-star resume, with offers from OU, OSU, Baylor, Nebraska and others. He’s one of the top defensive backs in the state.

After his older brother got out of the state and chose Alabama, OSU is efforting to make sure Josh Jacobs’ younger brother, Isaiah, doesn’t do the same. Isaiah has offers from Michigan, Ole Miss, Arkansas and others, as well as interest from — you guessed it! — Alabama.

The only official visitor of the weekend, and it was a big one. Ngata is a four-star California running back who has two dozen scholarship offers in total.

Illingworth, a Cali native himself, joined Ngata this weekend — doing so on his own dime. The 6-foot-6 quarterback’s presence was a big one. He’s an outgoing personality and having him on campus is a huge sell to other OSU targets.