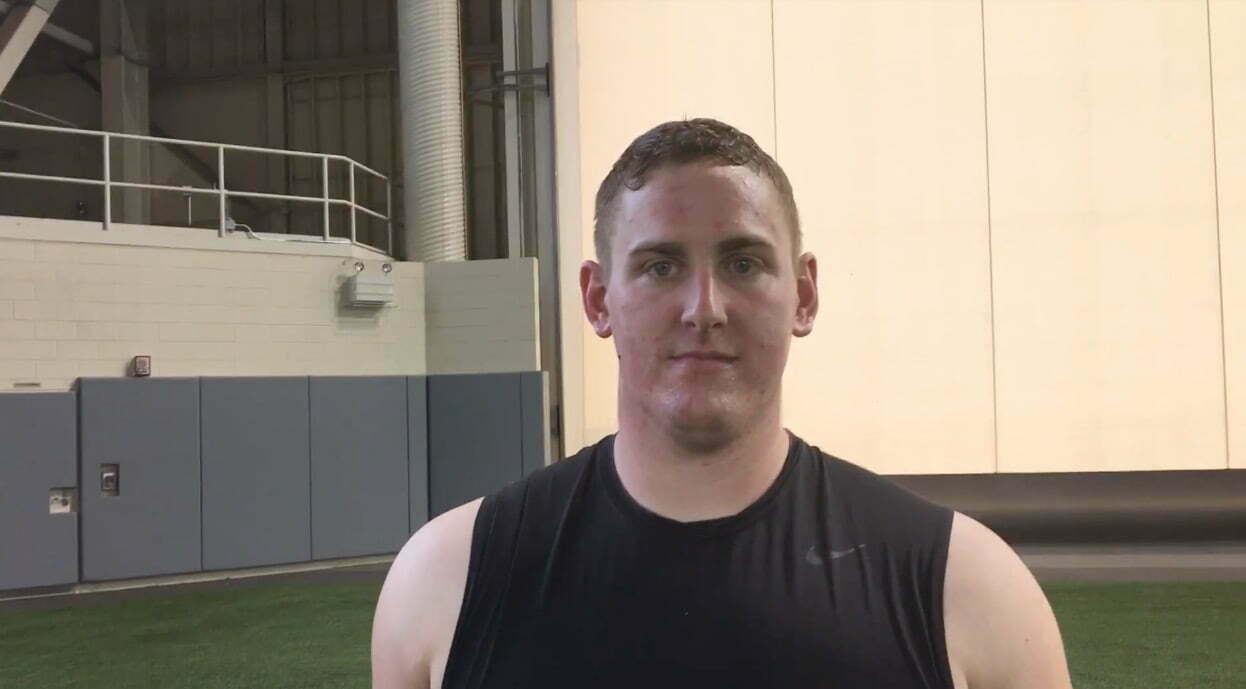 Welcome to the Six-Shooter, a weekly segment with an Oklahoma State athlete where we ask six random, non-sports-related questions to get to know these athletes a bit better.

Brad Lundblade, as recently as Tuesday, has been characterized as an outrageously wise individual, as most centers in football are, but OSU takes it a step further with him.

I can’t remember where I saw it, but someone asked a bunch of OSU players who from the team they thought could be the President of the United States. Lundblade was the almost unanimous choice. And if you go to his bio on the okstate.com site, you can see why.

The first few lines under his name have to do with academic achievements, leadership and service. Pretty presidential if you ask me.

With that in mind, here is Brad Lundblade answering six non-football questions.

You have been perennially nominated as the president of this football team. Would you accept the nomination of President if you were given it?

“Yeah, I feel like I could lead the country pretty well. It’s a big responsibility, but I would take it.”

Do you actually feel like you could run the country pretty well?

What is your dream car?

Dream job outside of the NFL?

“I’d have to say Bedlam my freshman year. That’s definitely a fun one, and also K-State last year was a fun game. Any time you get to go on the road and win, that’s always fun.”

Would you go dove or turtle hunting?

“Oh yeah. If coach Gundy invited me, I would go.”

If you have to pick one: dove, turtle or rattlesnake?

“Definitely not rattlesnakes. I feel like doves would be the most challenging, so I’ll go dove.”

Bonus: What did you think about Baker the other day?

“I mean, I don’t know. That’s just his personality. He was passionate after a big win, but that was just his emotion coming out. It’s not something I probably would have done, but like I said, it’s just kinda Baker being Baker.”

(See, there are a few people who agree with Kyle Porter)