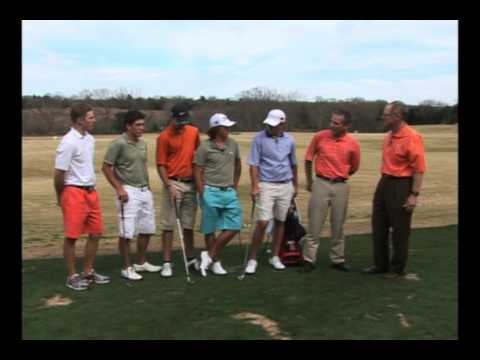 Unless you’ve been living in a cave with no WIFI or you gave up sports for lent, in which case you probably shouldn’t be reading this, there’s a pretty important golf tournament going on in Georgia right now. Two of four golfers with OSU ties have made the cut and one just might make a run at the thing the next two days. Bo Van Pelt, currently T-20 and at -2, and Rickie Fowler, currently T-7 at -5. I don’t know how much any of you have been able to watch the last two days. But, I’ve been able to catch a little bit at lunch and then after work on ESPN. They haven’t shown Bo Van Pelt much at all, of course that could change quickly with a couple of early birdies in today’s round.

My one take away is it’s pretty fun to watch Rickie Fowler. What you need to know about Rickie Fowler is he’s young and he wears the most colorful wardrobe on tour, which at first glance might cause some to say he’s not the kind of guy you root for on a golf course. Except, it’s actually the exact opposite. He handles himself well and he respects the game. Yesterday they mentioned how Rickie and the other two guys in his group are three of the nicest young men you’ll ever want to meet. This of course right after mentioning he played at OSU several times in the previous two hours. That’s the best part, at least for us, he played at OSU and he loves OSU (just tune in tomorrow if you don’t believe me and you’ll see). So, if you haven’t already noticed our man crush on Rickie Fowler this week and you’re looking for someone to root for the next two days on CBS, may I suggest Rickie.

If you search for Rickie Fowler on YouTube you could entertain yourself for hours, which you may have done if you saw our Fade yesterday. However, today I wanted to find something that would tie the Masters to OSU golf and the amazing tradition we have. I probably could have found better, but this is a pretty good watch all the way to the end. The unintentional comedy scale is pretty dang high. Not to mention Burns has a pretty salty little swing. Doesn’t hurt that he’s apparently getting free lessons from one of the country’s best college golf coaches. It’s a little old, two years that is, but it’s fun to see pre-Puma Rickie. After watching, leave me your favorite part of the video in the comments section and see if you can’t find a better Rickie and/or OSU golf video and link it in the comments.