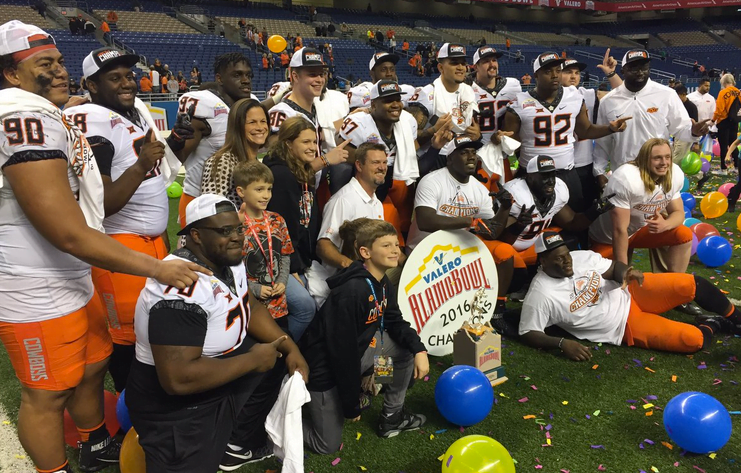 Football season is officially over. After the final game of the 2016 season, Oklahoma State players took to twitter to express their excitement after the bowl win. Here’s what they had to say:

Great year! Couldn't have ask for better teammates! I love you guys ? https://t.co/fLzZt6cTt7

So glad to be on this team. Alamo Bowl Champs. #SinorForHeisman

POKES BY A MILLION!!! Blessed for this and it was a bonus sending the seniors out right! #onemoreyear #AlamoBowlChamps

All love for the man @DezBryant pic.twitter.com/3xys7Ny0yz