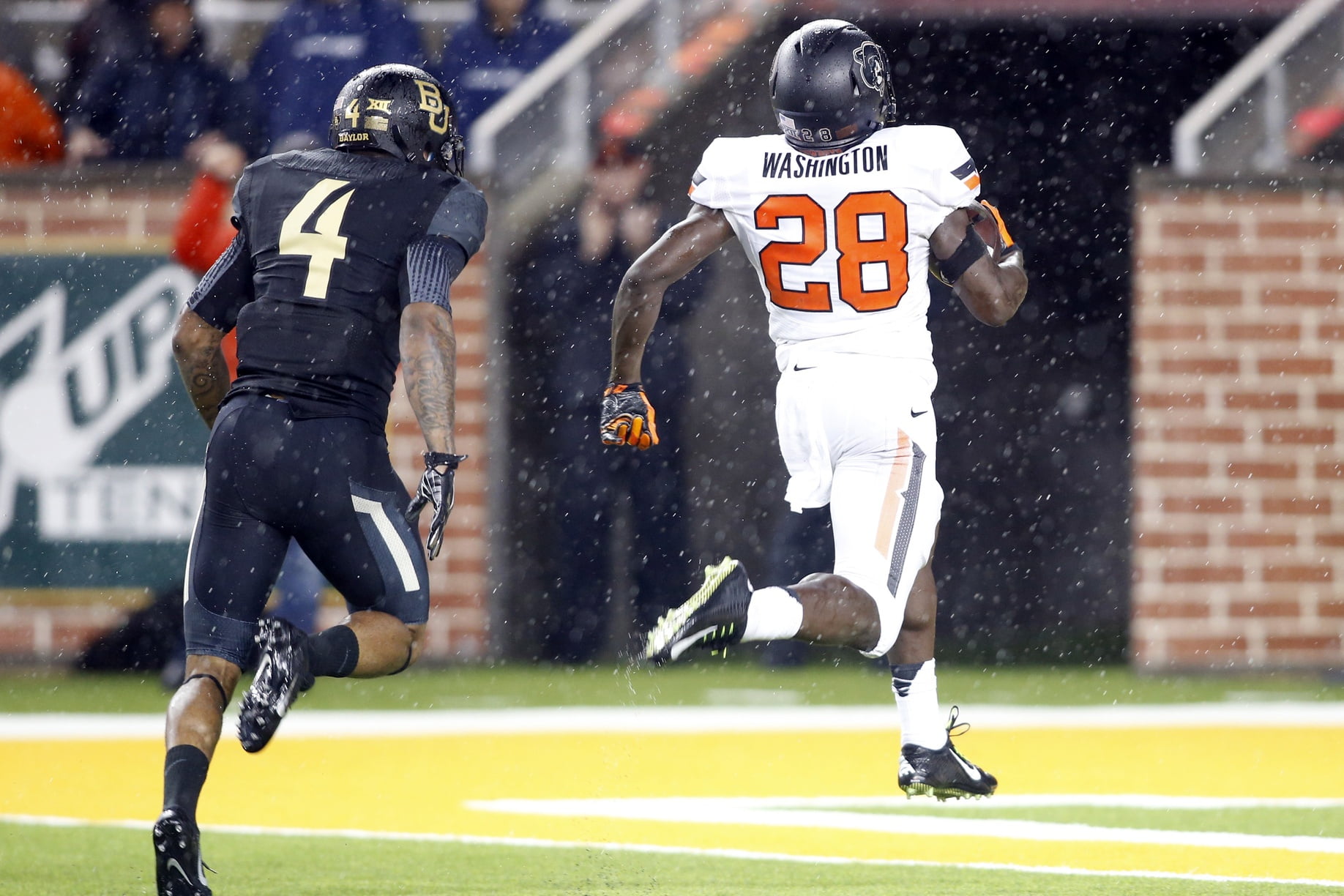 I did a running diary of OSU-Baylor on Saturday instead of my usual 10 Thoughts which means I have tons of leftover thoughts from the weekend.

Basketball took over on Monday so I decided to unload a few of them here before turning towards Thanksgiving and, of course, Bedlam.

• No. 10 was really, really good. I know he had “the most productive debut for an OSU quarterback ever” but it went beyond that, too. I’ve watched my wife plant flowers in our garden with a higher pulse rate than what he displayed in Waco.

I just can’t imagine being thrown into that scenario as a 19-year-old and performing any better than he did.

The picks were bad, yes, but he got rid of the ball quickly, froze the defense on zone reads because he can move a little bit and avoided a handful of costly sacks. He was maybe even better than I originally thought.

• Of course he could have been worse than Alex Cate and he would still start Bedlam.

The notion that Gundy won’t start him is laughable at best — I’m not sure who Gundy thinks he’s fooling (maybe his turtles and mules?) but as he laid out here about an offensive lineman (an offensive lineman!), you don’t burn redshirts for the hell of it.

• Here are the freshmen who have had 100-yard receiving games:

• I was thinking about this on Sunday but Rudolph has a chance to do what only Josh Fields and Brandon Weeden have done this century: win Bedlam.[1. Clint Chelf should  be a two-time Bedlam champ, by the way. Alas.]

If he does — especially in Norman — and plays well then he’s your starter in 2015, no questions asked. Heck, he might be even if OSU doesn’t win.

That’s a really strong 1-2-3 QB lineup heading into next season with Rudolph-Walsh-Daxx, especially for a program that’s had a litany of QB injuries of late.

In fact, I’m about a strong OU half away from basically not paying attention to Gundy in the spring when he insists there’s a tight race between Rudolph and JW for the starting job.[1. If Rudolph stays around…..]

• How quickly things change in the world of college athletics.

This time last week we were talking about whether OSU ever have a winning season again and now the conversation has shifted to “if we can just get a couple of linemen from junior college…yep…with that 2015 schedule…I think we could contend for the conference!”

• Along those lines a Bedlam win suddenly seems more feasible than it did last week. The ramifications would extend even beyond a normal Bedlam victory because of the Rudolph subplot and would grant him an extra 60 minutes of football in some horrific bowl that we would all watch with the same attentiveness as the national title.

Such is the allure of the freshman QB — especially one who looks like he did.