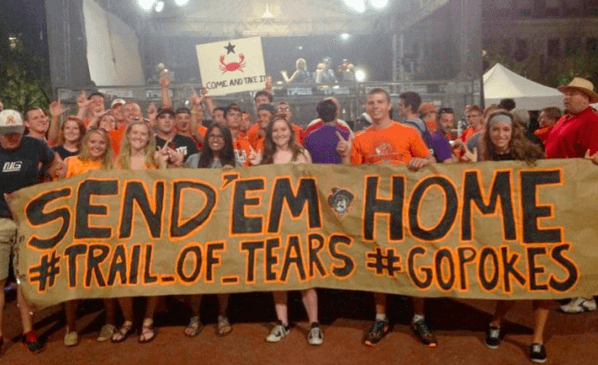 I’m going to pretend like this person didn’t understand what he was doing or it’s just an OU fan who’s infiltrating the OSU ranks and trying to make them look bad. Because this is really bad: 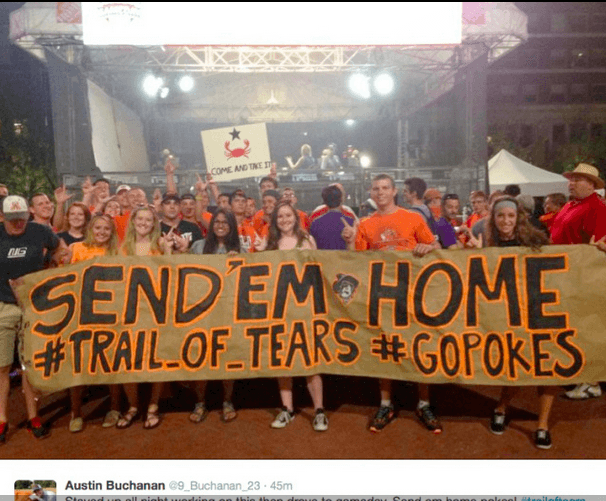 And this one isn’t much better….

so, like, where do we begin here? RT @MsPotts_ESPN: Some signs for you: http://t.co/H2Kwal6gm4

PROTIP: if your GameDay sign can be related to the word "genocide," DO NOT DO THE THING http://t.co/ZbpaCbonuQ pic.twitter.com/3P9L4GI0Ii

.@okstate So, maybe it's time to hire a few more tenure-track faculty in the History Department. pic.twitter.com/Tqvpmlrbrg 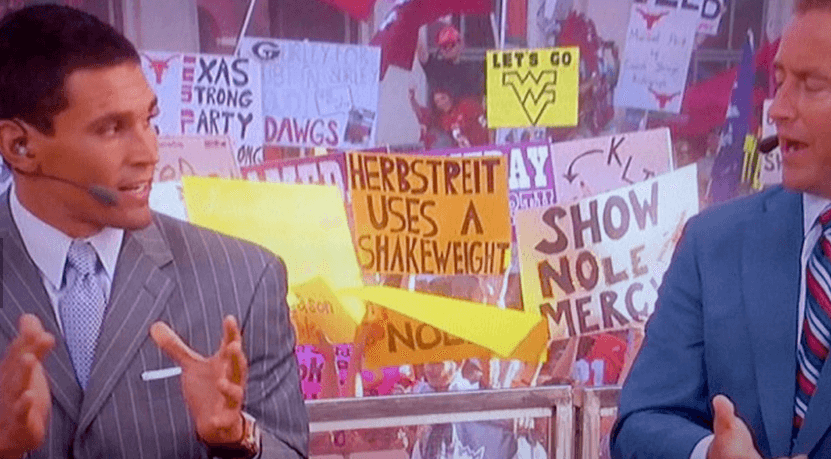