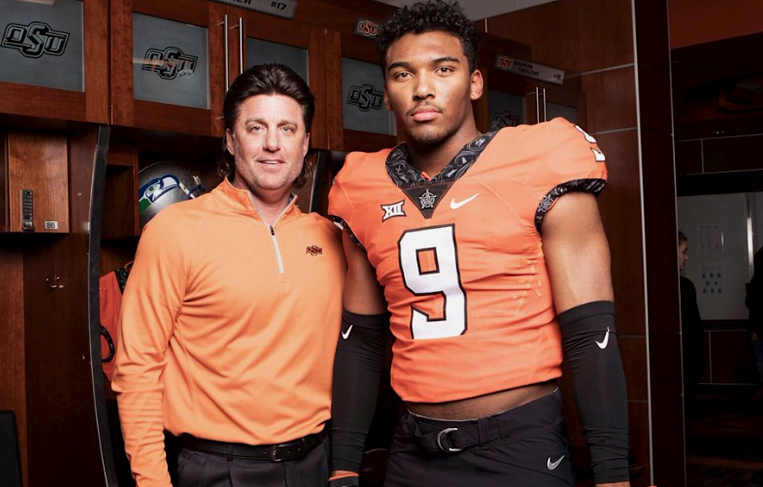 The University of Oklahoma has made a move on the second-highest-rated commitment for Oklahoma State in its 2020 class.

On Friday, Cowboys pledge Brynden Walker, the 6-2, 220-pound outside linebacker from Bishop McGuinness in Oklahoma City, announced that the Sooners are officially trying to scoop him by extending him an offer.

That sound you hear is cheeks clenching in offices at the West end zone of Boone Pickens Stadium.

Excited to receive an offer from the University of Oklahoma #G2G pic.twitter.com/GMjXuVMY9n

Walker was offered by OSU in late-February and committed just two weeks later, during the first week of March, over offers from Texas, K-State, Kansas, Iowa State and others. But OU is OU, after all, and you have to wonder if this could be bad news for OSU.

Walker is currently the second-highest rated pledge for OSU in its five-man recruiting class for 2020 and one of two linebackers, along with in-state inside backer Cole Thompson, who is currently committed. We’ll see if this offer moves the needle with him and changes anything, but it’s of great concern given the gravitational pull of OU and its stature in the college football hierarchy that one of OSU’s most talented recruits is getting pressure from a rival school on the recruiting trail.