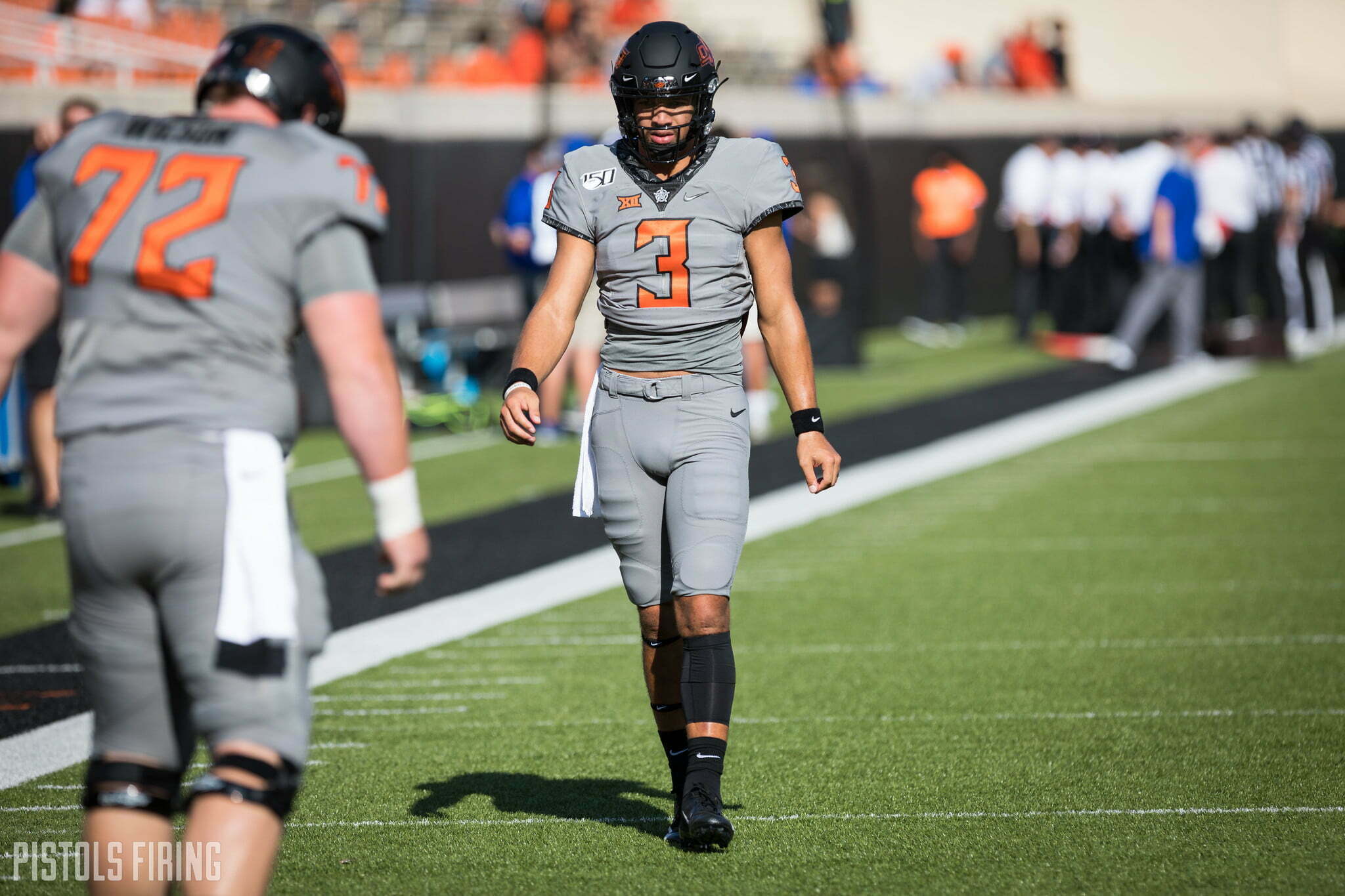 Spencer Sanders picked up the first weekly conference honor of the season for an OSU football player on Monday as he was named the league’s Newcomer of the Week.

Sanders’ complete outing included 250 yards passing, three passing touchdowns and 51 yards rushing. In the third quarter, he dropped a 75-yard beauty to Tylan Wallace that went for six, the longest passing play for OSU since 2017, when Rudolph and Washington connected for a 77-yard strike against Tulsa.

“The good news is, after a shaky start, our quarterback was firing back, like what we saw back in Oregon,” said OSU offensive coordinator Sean Gleeson of Sanders. “He was putting the ball in people’s faces and letting them run after the catch.”