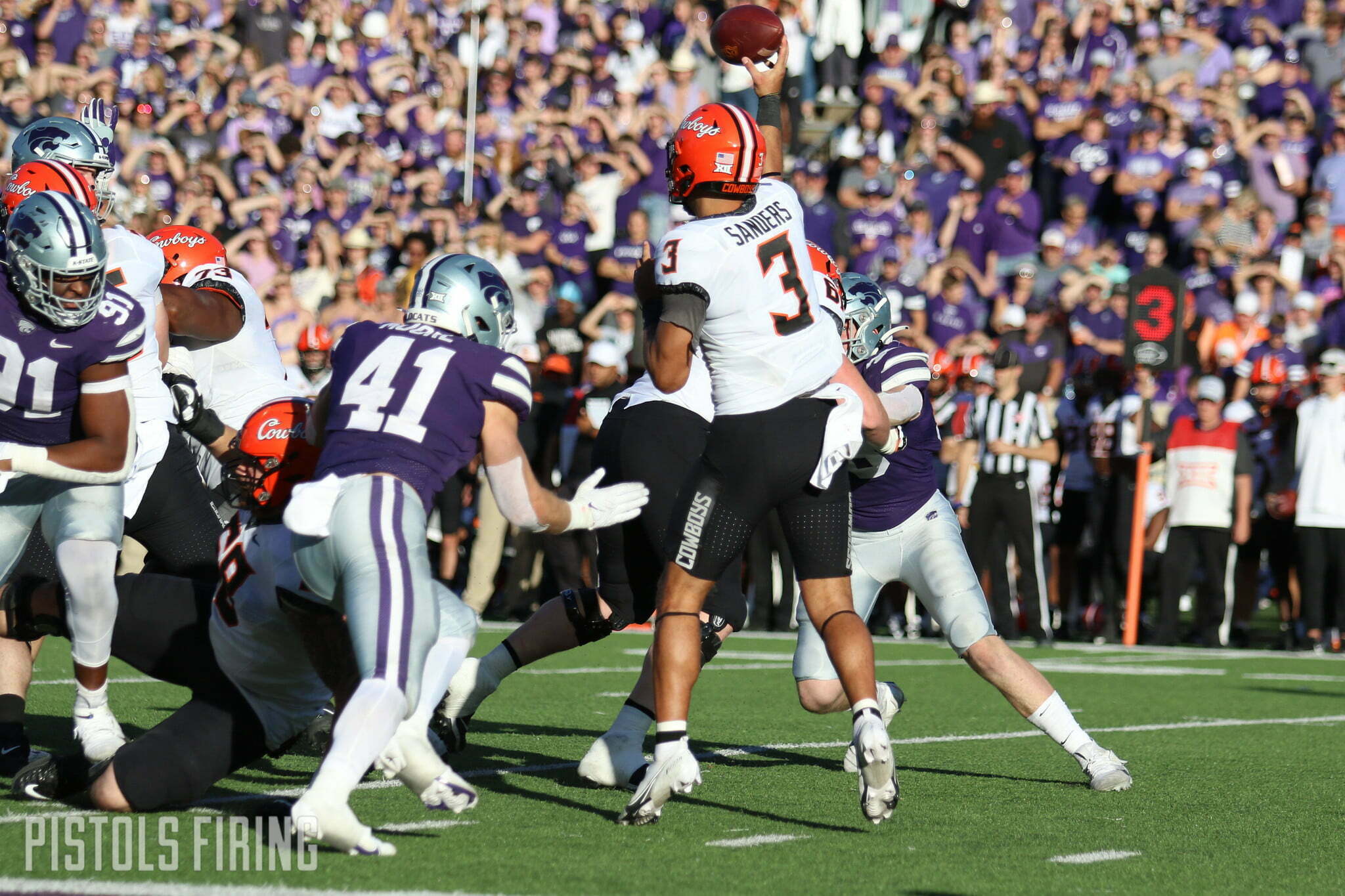 Will he play, or will he sit? That has all week been the question surrounding OSU starting quarterback Spencer Sanders, and now it appears it won’t be answered until right before the game kicks off.

ESPN’s Pete Thamel reported early Saturday morning that Sanders, who is dealing with a shoulder injury that knocked him out early from the K-State game (and he did not return, though the game was already out of hand) carries an “uncertain” status that makes his availability a game-time call.

Mike Gundy said earlier in the week, likely hinting at that uncertain status, that OSU planned to give Sanders additional rest ahead of the KU game as he tries to rehab and recover from various dings and bruises he’s accumulated throughout the season.

“I hope he’s doing good,” said Gundy. “We’re gonna rest him some this week and try to get him back, get him going, just like we’ve been doing.”

If Sanders can’t go, OSU is expected to give either Gunnar Gundy, the middle son of House Gundy, or true freshman Garret Rangel, his first career start. Gundy was 2-for-7 passing for 16 yards and a pick last week in relief of Sanders. He finished as the team’s leading rusher thanks to a 22-yard scamper in garbage time, compiling five rushing attempts for 27 yards.