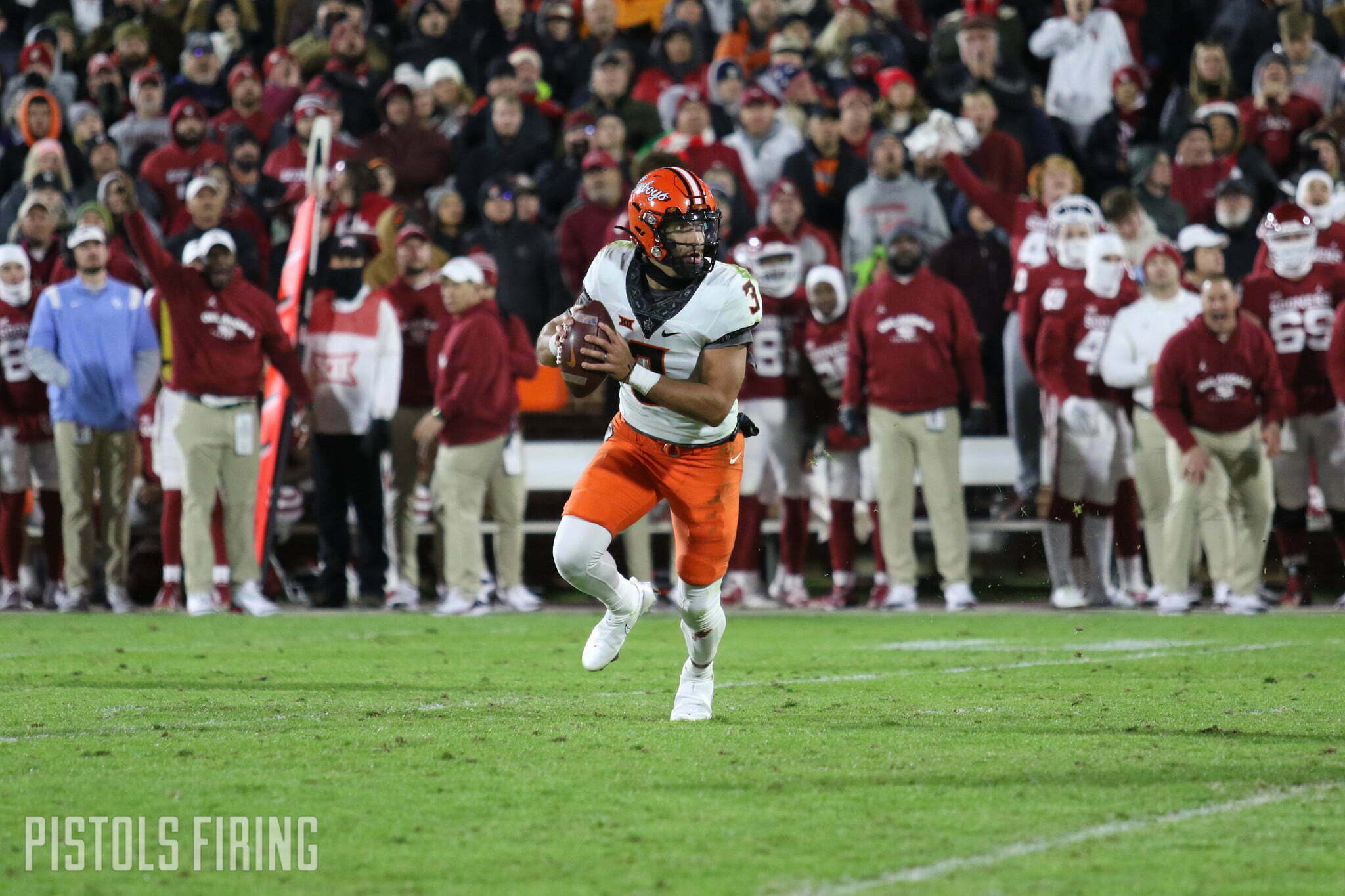 If Spencer Sanders is coming back to play for OSU football in 2023, then it appears he would do so by participating in Senior Day festivities for both 2022 and 2023. Time to read between the lines and speculate!

OSU this week released its participant list for Saturday as it goes through Senior Day for the final regular season game, and Sanders, OSU’s starting QB the last four years who is a senior but also has an extra year eligibility to use because of the Covid year, was among the names on the list.

Just because Sanders has an extra year of eligibility, though, doesn’t necessarily mean he’ll use it. Likewise, it doesn’t preclude him from returning. It remains unclear whether he will or will not return in 2023, but read between the lines here with Mike Gundy’s press conference this week and you sure get the impression that this is likely QB1’s last go-round with the Cowboys.

“Oh, people love him,” said Gundy of Sanders and how he will be received on Senior Day earlier this week. “I mean, everybody loves a warrior, and that’s what he is. He’s a gladiator and people like that. They’ll be excited but sad to see him leave.”

Gundy allowed himself to be somewhat reflective of Sanders’ career earlier in the week, too, another sign that may or may not mean anything but again seems to indicate his starting QB is likely moving on.

“I think that the fans are going to remember him a long time as a tough guy,” he said. “His competitive nature, plays injured. He fights. You know, he took more hits Saturday, right? I mean, I’m sure all you guys now are cringing for me when he runs and takes hits instead of sliding. That’s who he is. That’s why we like him. That’s why the team respects him.”

OSU doesn’t have a clear succession plan in place at quarterback behind Sanders right now, but there is quite a bit of optimism around the program that true freshman QB Garret Rangel has star potential and could seize the starting job next season if Sanders does indeed leave.