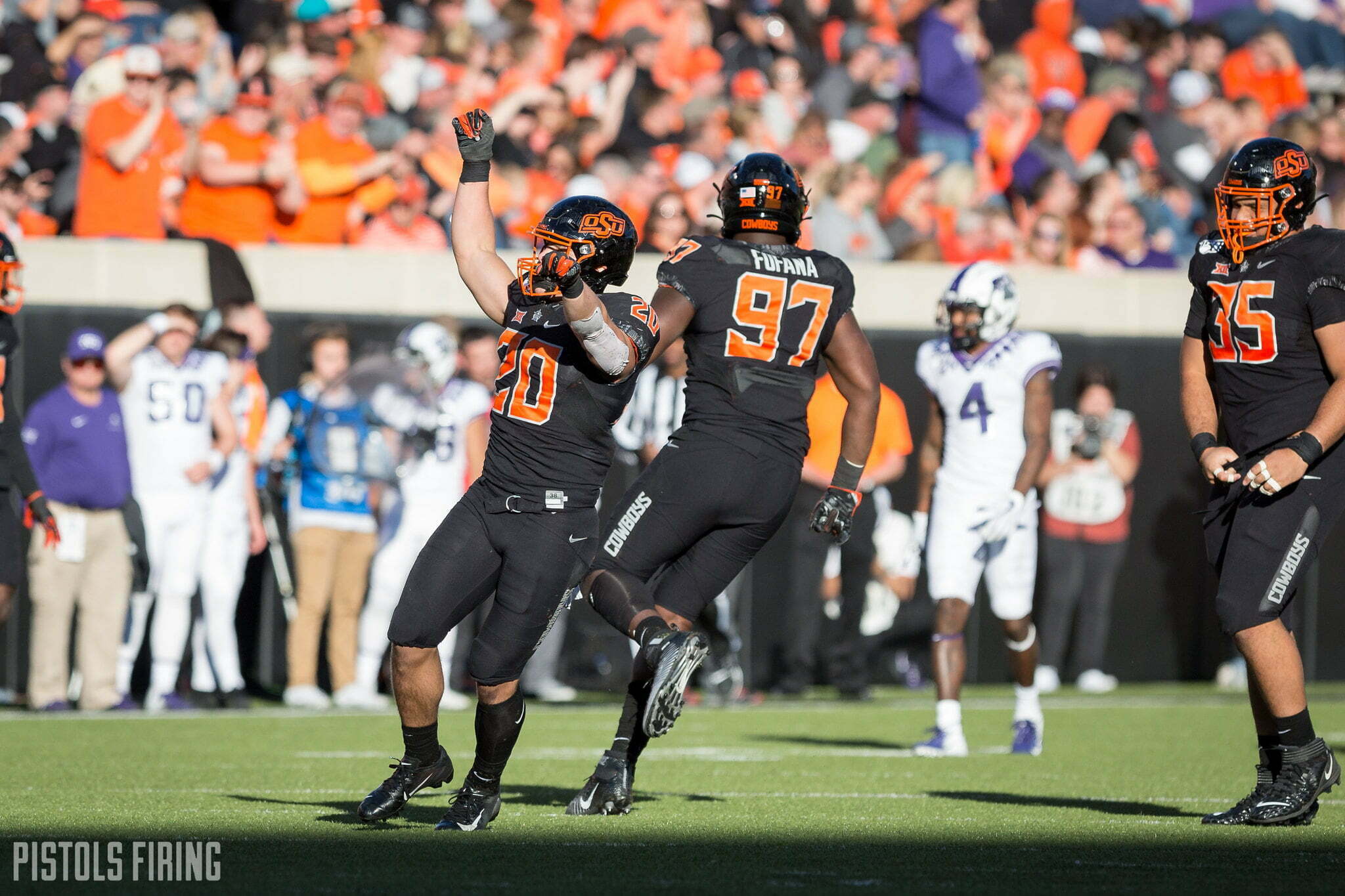 One of the surprise successes of last season for Oklahoma State was how electrifying it was on defense in the middle of the field for the second half of the year. They were led by a Canadian there — just like they were by a different one on the other side of the ball — but Amen Ogbongbemiga wasn’t the only stud shutting off the middle of the field to opposing offenses. Let’s take a look at the outlook for LB as our previews for this spring roll on.

Amen Ogbongbemiga and Malcolm Rodriguez headline this impressive group, and their total numbers are staggering. They totaled 203 tackles, 22.5 tackles for loss, 6.5 sacks and 2 very large interceptions between them. Even if these were the only two guys returning to this unit, OSU would be in good shape (below is a fun video of every Ogbongbemiga play from the Texas game — good and bad).

While Rodriguez is a terrific college player, I have to admit I did not see Ogbongbemiga turning into a star (and potentially a professional). But here we are, and he’ll anchor Jim Knowles’ defense next year with help from a potentially elite group of safeties.

Note: I love that Ogbongbemiga changed his number from 11 to 7 — the former is a good number for a linebacker, the latter is a great one.

Devin Harper and redshirt freshman Na’drian Dizedare are the presumed next up behind these two, but a potential x-factor for this defense (for better or worse!) is returning next season.

There’s been times where I thought my football career was over with. But, each time I GOT MY MIND RIGHT and persevered. I want to be immortal in football. I will play football blood drunk and I will continue to give my all to this program. #GoPokes 🍊 @LayersPod

Calvin Bundage will again be in the rotation next season, and he’ll likely move around all over the field for Knowles. I suppose he could end up starting in front of Rodriguez or maybe at a hybrid position, but regardless that’s a five-man LB crew you can win the Big 12 with.

That’s how many games Rodriguez and Ogbongbemiga played last year. I don’t know how you feel about staying on the field as a skill or injury luck as a whole, but that’s  a big deal. They were part of a group of seven players who started every game on defense last year. OSU is deeper overall this year than they were last — mostly because so few players left — so staying healthy at that clip might not matter as much as it did a season ago, but sign me up right now for seven players starting all 13 (or 14) games on defense.

OSU’s linebacker unit is not its best defensive unit. That would be its bonkers group of safeties. But this group might be the most reliable. You know what you’re getting, and there’s a clear role for everybody. Amen is the star. Rodriguez is Mr. Consistent. Bundage is the x-factor. Harper and Dizedare can provide cover. These LBs played such a prominent role in maybe the best emerging defense in the conference a year ago, and now they’ll be expected to anchor what might be a championship-caliber team once again. A take: They have the horses to do it.