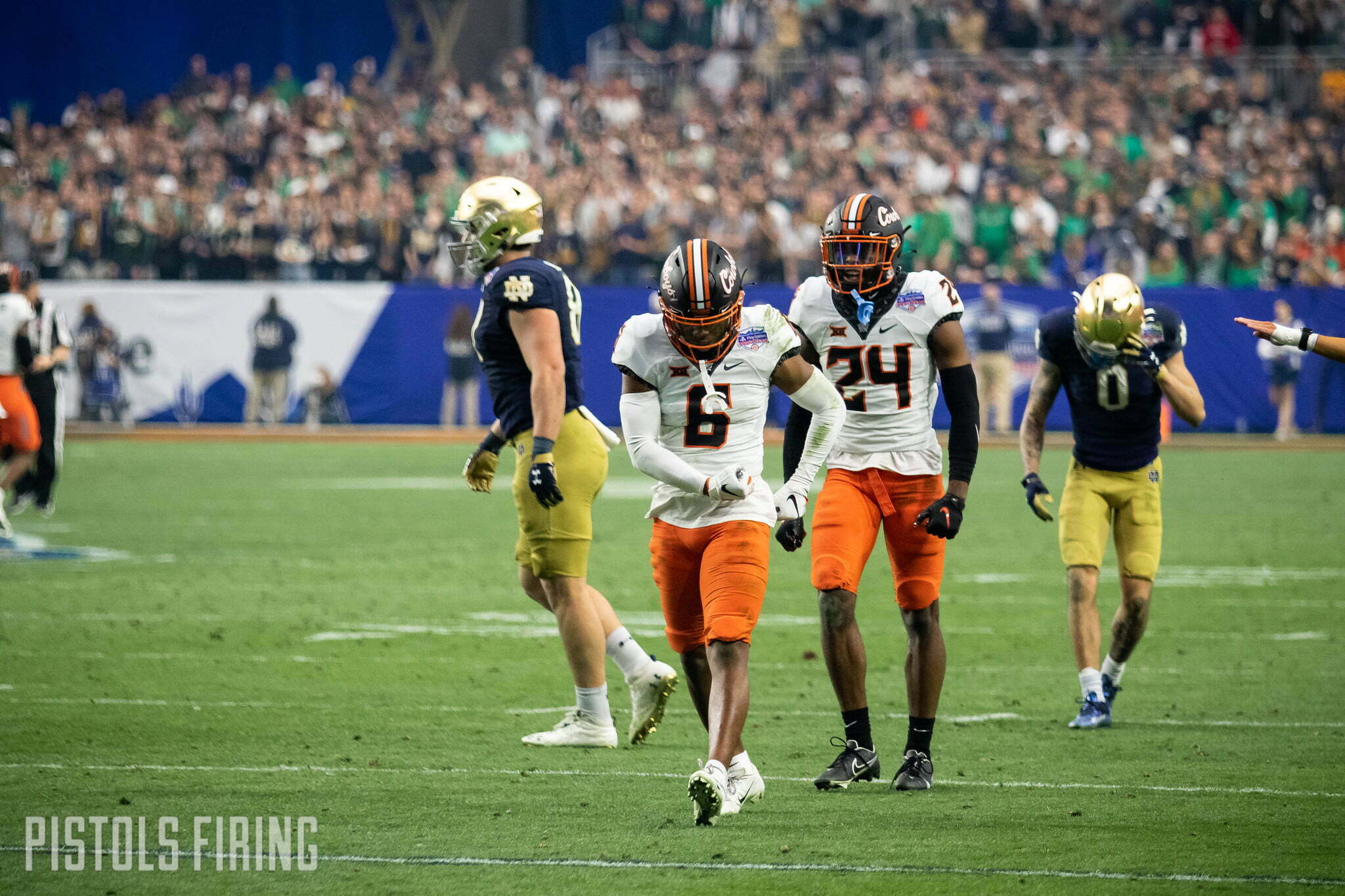 Jim Knowles’ 2021 defensive unit was one of (if not the) best in program history, and it was bolstered by a pair of long-time vets at cornerback who had years of starting experience and familiarity within the Cowboys’ system.

That will not be the case in 2022 under Derek Mason’s watch, however, so with Jarrick Bernard-Converse and Christian Holmes both gone — Bernard-Converse to transfer and Holmes to graduation — spring figures to be vital as the coaching staff looks to establish new starters at the position and depth beyond that.

Today we’re looking at how exactly they might go about that. As we continue our spring preview positional series, cornerbacks are now on deck. If you missed our other previews you can catch them right here:  RB | QB | WR | TE

The No. 2 corners on the depth chart by season’s end — Korie Black and Jabbar Muhammad — lead the way among returning players for this position group. But the youth stands out here as well. Beamon was initially a 2022 recruit who reclassified and enrolled early, and he should be one to watch in what will essentially be his freshman season. After getting a full year under his belt, his talent and youth stick out. Cam Smith and Raymond Gay are two other redshirt freshmen who could pop up at this position and be impactful. Then there’s the old hats in Demarco Jones and Jordan Reagan who have the experience within the program and could be ready to make a run at a starting role or even a rotational role.

Short list of new faces but each with their own appeal. Epps is a huge body at 6-foot-3 who has a nice pedigree having picked OSU over Arkansas, Kansas and a number of others. McKinney is a former two-sport athlete who also starred in track. Both are early enrollees.

The expectation is that the No. 2 corners on last year’s depth chart simply move up into No. 1 roles, meaning Muhammad and Black get the nods. But it certainly feels far from a done deal. I love the talent of the young up and coming class that includes a number of redshirt freshmen coming off learn-and-watch years, so I’ve got Cam Smith and De’Kelvion Beamon moving into No. 2 roles. For now I’d feel more confident projecting the No. 1 spot than the Nos. 2 and 3 spots in the rotation. There’s playing time for the taking, is my takeaway from this. Should ratchet up the importance of the spring and summer months as the new-look defense under Derek Mason tries to retool for 2022.