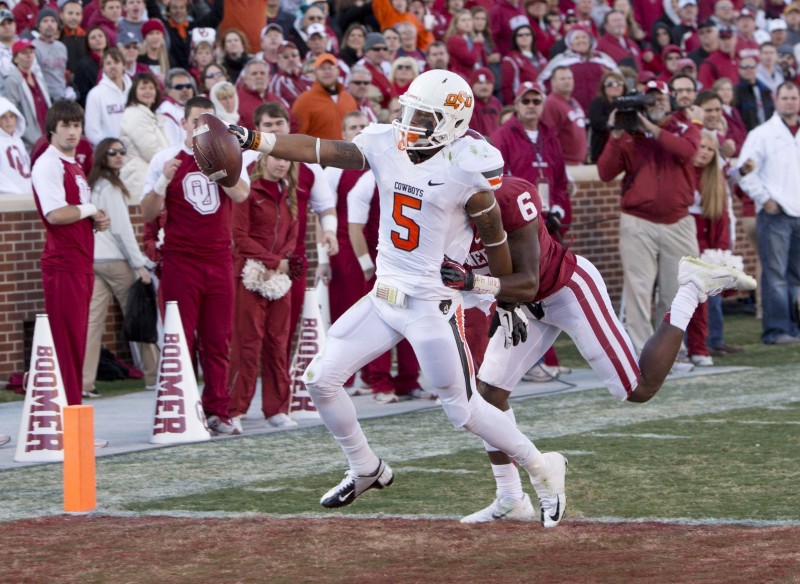 The goal of every play on offense is to gain as many yards as possible with the ultimate goal being to gain however many yards necessary to score a touchdown. Presumably, if a team scores a touchdown on every offensive play, it will not lose a game.[1. It might if it has Baylor’s 2010 defense.]

So which schools have been the best at this in the last few years? 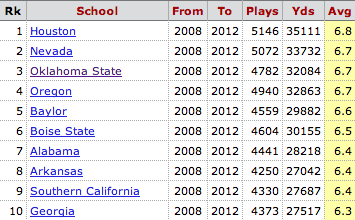 OSU is No. 1 for BCS teams although somewhere Kliff Kingsbury is likely polishing his Ray Bans and texting Dana Holgorsen explosion and fire emoticons. These are all programs I want to be associated with (on offense anyway). 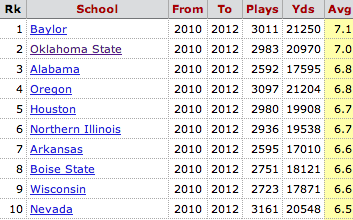 OSU and Baylor are the only two teams that averaged over 7 yards per play for the entirety of those three seasons. Again, all teams I want to be associated with on offense.

But does it translate to wins?

Obviously a lot of this is intuitive but just another way to show that when OSU’s offense is humming, they’re extremely tough to beat.[1. Only Nevada (27), Oregon (25), Boise (25), and Houston (24) have more wins than OSU when totaling more than 7 yards per play in a single game over that timeframe.]