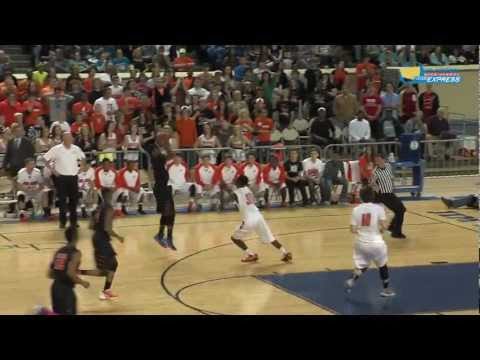 OSU’s point guard recruit for next year, also known as Marcus Smart’s replacement, had 51 in the state finals over the weekend. It was his school’s fourth straight state title and he gutted this one out on a bum ankle from a game earlier in the week.

Here’s what he told the Oklahoman after the game:

It’s a great feeling to know I finished with four state championships. And I got to get another one with my little brother. Now I’ve got to get ready for Oklahoma State.

He has absolutely no conscience either. If he’s in the building, he’s open.