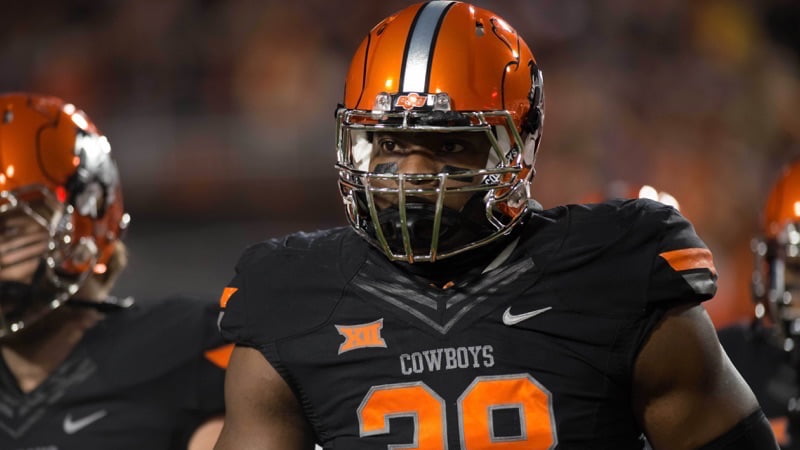 It’s been a long time. I mean, it’s been a really long time since Oklahoma State played in the Sugar Bowl. And no, it’s not the College Football Playoff, but this game is a really big deal.

Think about last season. Think about how much that Cactus Bowl meant to the program as a whole. And that’s the Cactus Bowl! That’s three or four tiers removed from a New Year’s Day Six bowl like the Sugar.

There are a number of reasons this game is such a big deal. The first is of course because of expectations. If you had said at the end of last season that OSU would be in any bowl at the end of this season, I would have been fine. I would have jumped at the Alamo? But the Sugar? That wasn’t even in the realm of consideration. And now it is.

“This game is like the college Super Bowl to us,” said Emmanuel Ogbah on Monday.

“People always say that the SEC is the more dominant conference so we just have to go out there and prove them wrong. The Big 12 might not run the ball as much as the SEC but we have teams that can run hard and very physical.”

“There is always conference pride,” added Kevin Peterson. “Anytime we’re playing against an SEC team or another Big 12 school is playing against an SEC team, we try to battle them as much as we can. They say they pride themselves on running it down our throat and they say we’re kind of more of a basketball type conference. You know, I heard that a lot this year. We got a lot to prove and it’s going to be a lot of fun to play an SEC team.”

That’s true. It’s not just Oklahoma State that considers this game a massive deal which leads us to the third reason that this game is such a big deal for Oklahoma State. It’s Ole Miss (which has nipped Oklahoma State in the last two bowls) and they’re basically playing in their own backyard.

“We’ll be amped,” said Glenn Spencer. “Ole Miss will be amped too so the energy that creates, everyone is going to share in that. It is important. That is why the home team has an advantage. They will probably have it more than us. I would say 70/30. I think both teams will feed off of that. I think it will go back to those practices that we talked about.”

Ole Miss is jazzed about the festivities as well.

“Right before the Mississippi State game, coach and I were talking about the Sugar Bowl possibilities, and he said, ‘I’ve never mentioned this to you, but I had it as a written goal to return this program to the Sugar Bowl,’” Ole Miss AD Ross Bjork said. “He knew that was a signature part of the program was going to the Sugar Bowl.”

Bowl games are fun exhibitions, but they can also shape programs. It’s no secret Oklahoma State has had a three-week stretch of abysmal recruiting news. Rout Ole Miss on New Year’s Day in primetime and maybe you can turn that around a little bit. At the very least a win can, like the Cactus Bowl did last season, provide a rallying point for the future of the program.