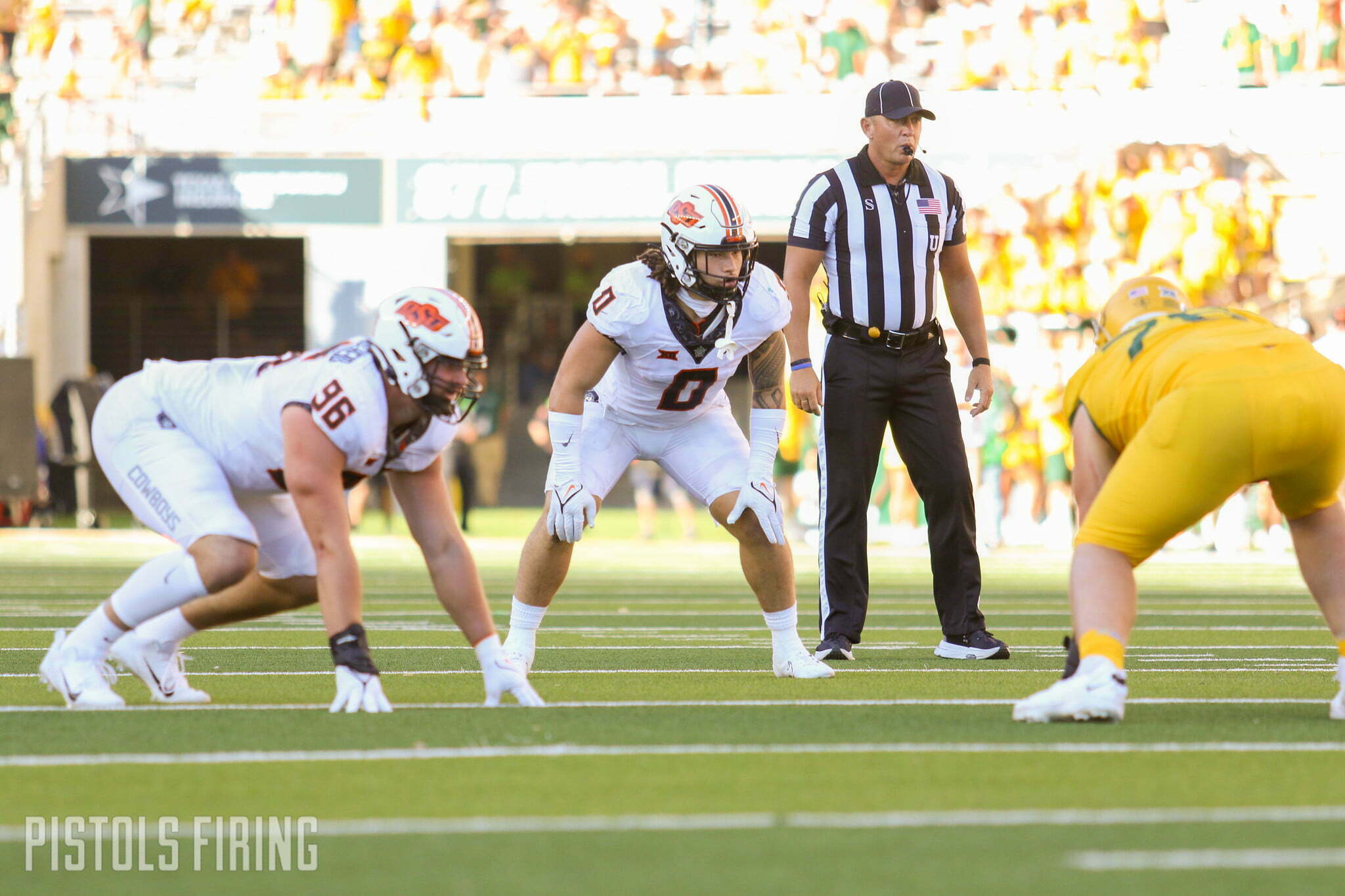 Oklahoma State earned a big road win to kick off its Big 12 slate, exacting revenging on the reigning conference champions and ending the Bears’ nine-game home win streak. The Cowboys are 4-0 for the third straight year

I tried to come up with one single person to put in Sanders’ place, but decided to stop overthinking it. Sanders played a fairly clean game, bounced back from his single interception and was the leader the Cowboys needed. And he put those Bears behind him.

Sanders had the one pick and mustered just 181 passing yards, but he made some big plays with his arm and with his legs. Most importantly, he wins the QB battle, regardless of the yards. This time it was Blake Shapen who was careless with the ball and that made the difference.

Sanders finished with 256 total yards and two total touchdowns. He made an error or two, but he kept the Cowboys in it and captained them to big-time win.

Bryson Green had a heckuva a case for this award with his highpoint touchdown on the Cowboys’ opening drive, but the level of difficulty, the 49 yards and what it meant as an answer for the Cowboys, and for Spencer Sanders, made this a play I won’t forget soon.

OSU wasn’t afraid to dip into its bag of tricks with this reverse play between two young Cowboy receivers.

It helps to catch the defense off guard, but the execution is key and Richardson made a nice play throwing on the run. And Bryson Green made another great catch at the sideline. In average level of catch difficulty (should be a stat), I think Green takes the cake for the Waco trip.

That’s what I’m going to call the sequence that OSU’s special teams and defense have now orchestrated twice in four games this season.

Once against Central Michigan and then again at Baylor, Tom Hutton and a Presley brother worked together to pin a team within arm’s reach of its own goal line. Then the Cowboys’ defense got a safety on the next play. It’s the first time OSU has recorded multiple safeties in the same season since 1991, and we’re only four games in.

Cobb was only been credited with five tackles on the day, but if you had asked me at halftime I would have guessed he had 10 tackles already.

Either way, he was everywhere putthing his fingerprints on many, many more plays including the above safety and the below huge fourth-down stop.

And I’m not sure I’ve liked to watch any Cowboy hit someone this much, for the sake of the way they hit someone, since Calvin Bundage. Looking forward to many more of these over the next couple of years.

No justification necessary. You run a kick back, you get the Play of the Game in my book.