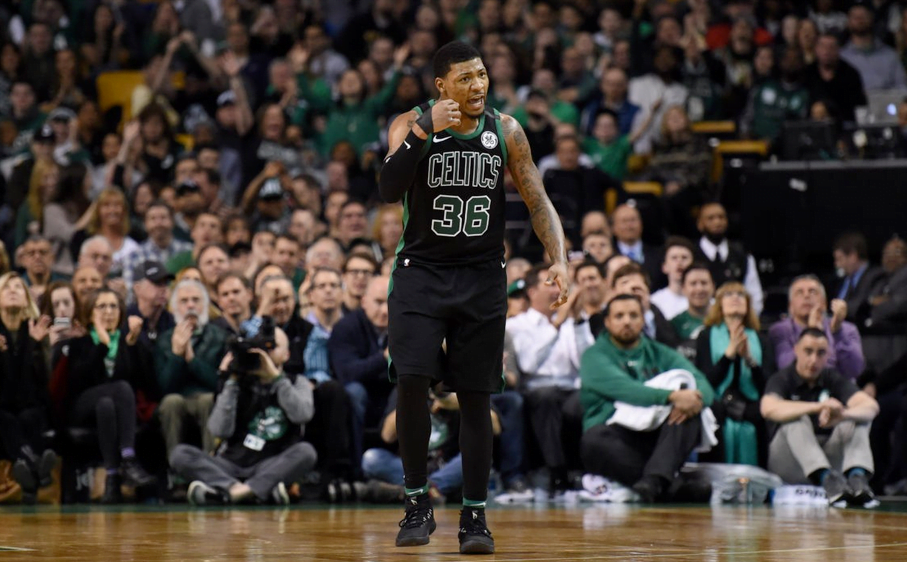 The rise of analytics in basketball tell two different stories of Marcus Smart.

The first is rather clear: he’s a below average 3-point shooter who takes as many no no no no YES! shots in the league as anyone. The second, even more obvious: he does all the little things well in what can only be chalked up to hustle and good instincts.

Smart took home the 2018-19 NBA’s Hustle Award on Monday night at the NBA Awards show. If you watch him on the court, it makes sense — he’s diving for loose balls, jumping passing lanes, throwing his body into opponents to box out. As part of the analytics’ rise, Smart’s efforts rated out favorably in stats the NBA calls the … wait for it … hustle stats. It includes pass deflections, loose balls recovered, 3-point shots contested, screen assists — everything Smart does well.

Monday marks part of a terrific month for Smart, who was also honored as a First-Team All-Defensive Player for last season. He signed a four-year, $52 million contract with the Celtics last season and, in addition to his two awards, also shot a career-high 36.4 percent from 3 last season. Yes, Marcus Smart shooting jokes are, incredulously, going out of style.