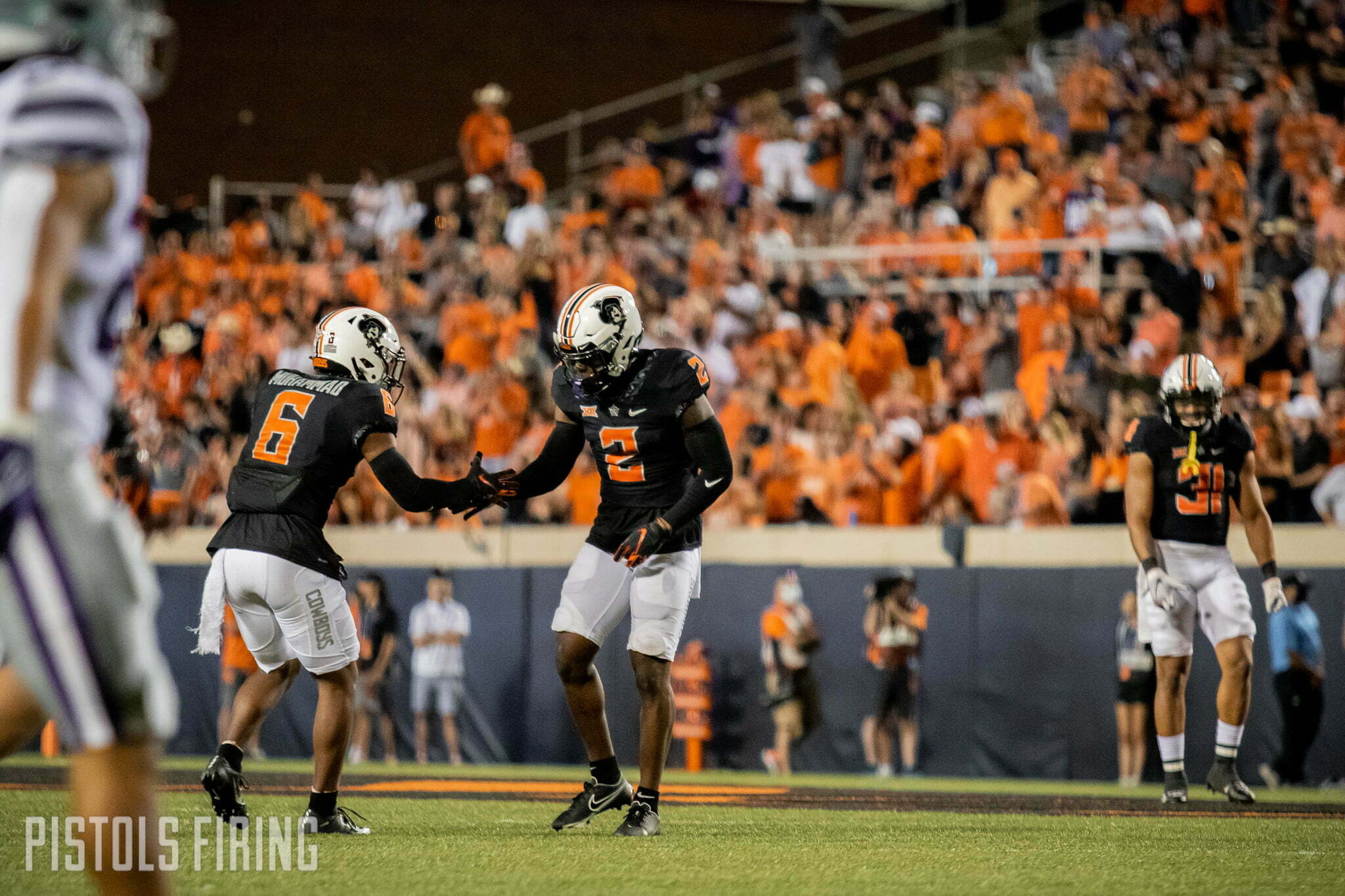 Like his defensive coordinator, Tanner McCalister will rep another OSU next season.

A starting safety for Oklahoma State the past two seasons, McCalister announced Wednesday that he is transferring to Ohio State, the program former Oklahoma State defensive coordinator Jim Knowles joined this offseason.

Listed at 5-foot-11, 195 pounds, McCalister recorded 42 tackles, a tackle for loss, six pass breakups and an interception in his senior season with the Cowboys in 2021. Because of COVID, McCalister has another year of eligibility. He appeared in 41 games across four seasons with the Pokes, totaling 123 tackles, 4.5 tackles for loss, 12 pass breakups and the interception.

McCalister joined Oklahoma State as part of the Cowboys’ 2018 recruiting class. He was a three-star prospect, ranked 618th nationally. He initially chose Oklahoma State over offers from Arkansas, Mississippi State, Indiana, Illinois, Missouri, TCU and others.

One of six Oklahoma State players in the transfer portal as of writing, McCalister becomes the third of that group to announce his new destination. Hunter Anthony is headed to Nebraska, and Jayden Jernigan is headed to Missouri.

The Cowboys could have a good amount of turnover at safety next season. To add to McCalister’s departure, Tre Sterling has put his name in the NFL Draft pool. Kolby Harvell-Peel also has a looming decision to make after an All-American 2021 season. Harvell-Peel does have another year of eligibility, should he choose use it.

With that said, the Cowboys do have some talent waiting in the wings. That list starts with Kendal Daniels, a highly touted four-star prospect in the 2021 class. Daniels is listed at 6-4, 195 pounds. Guys such as Thomas Harper, Kanion Williams and Sean Michael Flanagan have been in the system for a few years but hadn’t been able to break into becoming regular starters. Other young guys to keep an eye on are Lyrik Rawls, Ty Williams and Nick Session. Then there is Trey Rucker, who transferred to Oklahoma State ahead of last season after starting at Wake Forest.

But there is a real possibility that Jason Taylor is the only regular starter to return from 2021.

McCalister and Knowles join an Ohio State program that is coming off an 11-2 season having recently beaten Utah in the Rose Bowl.