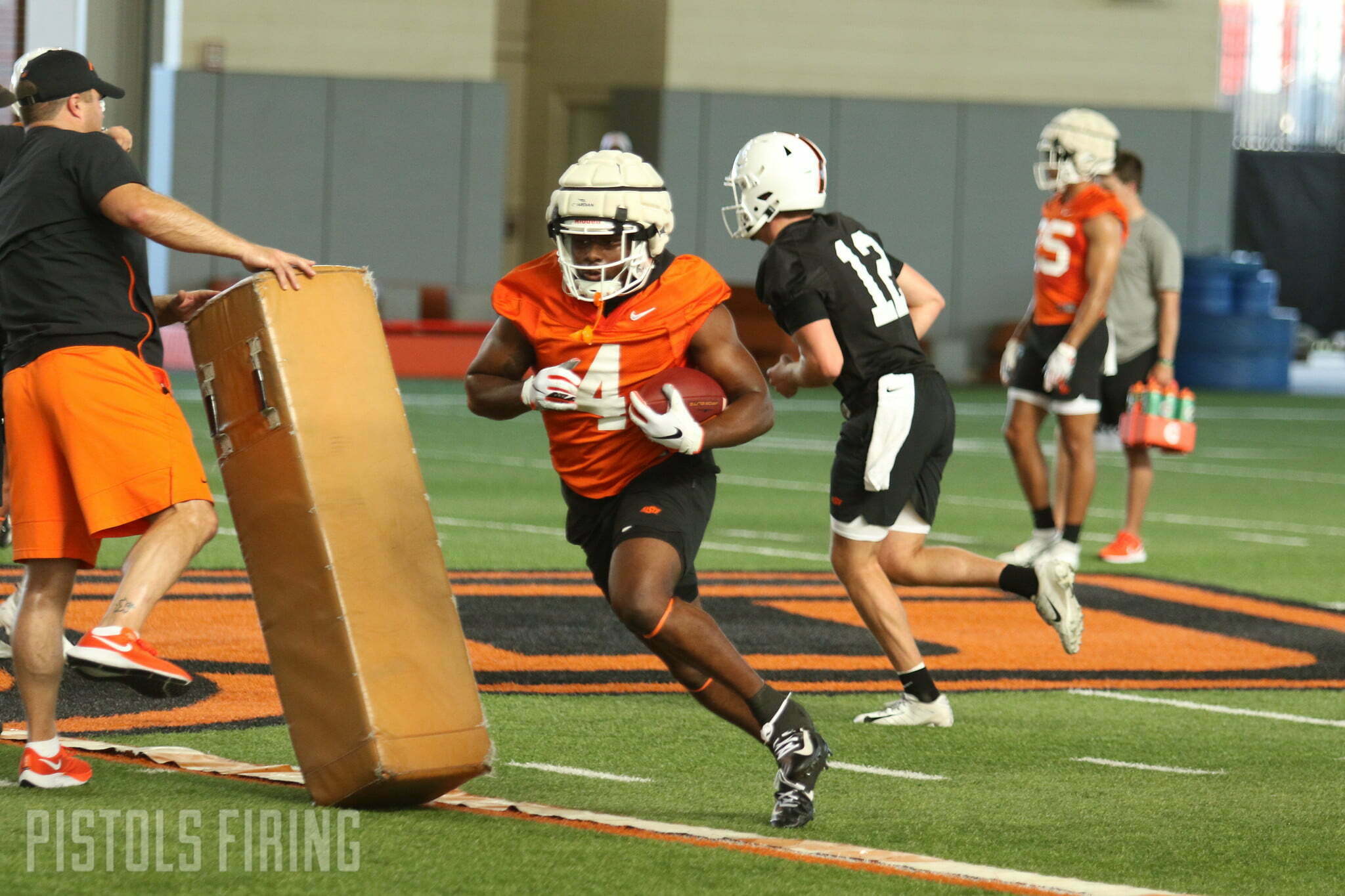 The Cowboys’ running back room is a bit of an unknown entering 2022, but it looks like the world will have to wait a little longer to see one of John Wozniak’s guys.

Deondre Jackson, a transfer from Texas A&M, announced on Twitter on Wednesday morning that he won’t suit up against Central Michigan, saying he is dealing with “transcript issues.” The Cowboys play the Chippewas at 6 p.m. Thursday in Boone Pickens Stadium.

“I appreciate everybody welcoming me and wishing me luck for tomorrow’s game,” Jackson tweeted. “But I won’t be suiting up as I am still dealing with some transcript issues. However, my present situation is not my final destination.”

A 5-foot-11, 215-pound redshirt sophomore, Jackson impressed at camp, particularly with his willingness to pass block. He was listed as the Cowboys’ second running back alongside redshirt freshman Jaden Nixon and true freshman Ollie Gordon on the Cowboys’ first depth chart that came out last week. Dominic Richardson is the Cowboys’ starters.

Jackson was the No. 859 player in the 2020 class out of Stone Mountain, Georgia. He held offers from Alabama, Ohio State, Florida and others before signing with A&M. In two seasons with the Aggies, he had two carries for 15 yards.

Oklahoma State coach Mike Gundy said Thursday that he wasn’t sure how he would divvy carries between the four backs listed on the two-deep. But now OSU fans should expect heavier doses of Nixon and Gordon when Richardson needs a breather.

“I’m hoping that they all stay healthy and based on maturity and experience, that Dominic totes the load,” Gundy said. “And then let the other guys — because the other guys haven’t played — let them get their feet wet and not just put them out there and just have to handle it.”