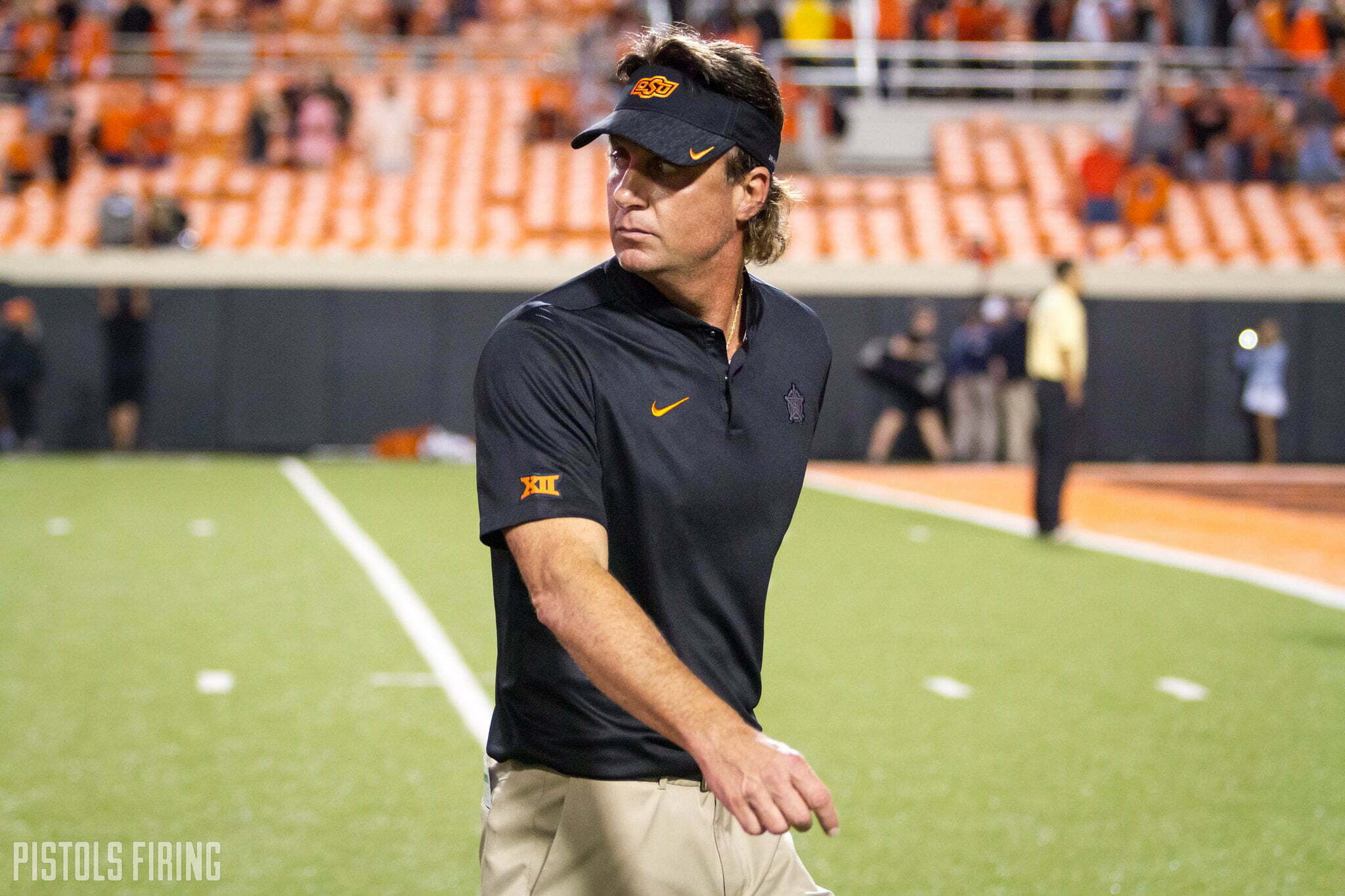 The Cowboys are up to four commitments in the 2021 recruiting class after another defensive player has publicly pledged to the Pokes.

Raymond Gay, a 5-foot-10, 175-pound speedster out of Red Oak, Texas, committed to Oklahoma State on Tuesday. 247Sports lists Gay as a wide receiver prospect, but OSU recruited him as a corner.

Gay committed to OSU over offers from Rice, Navy, Houston Baptist and others. OSU became the first Power Five program to offer Gay at the beginning of April, and Mike Gundy and Co. were able to close the deal before another Power Five program got in on him.

A raw talent, Gay has the enticing skills (mainly his speed) that make him an intriguing prospect. As a receiver this past season for Red Oak High School, Gay had 38 catches for 758 yards and nine touchdowns.

Gay is not ranked but bumps OSU’s 2021 class to No. 71 in the country, which still ranks 10th among Big 12 schools. He is the fourth pledge in the class, and the third on the defensive side of the ball, joining Ty Williams (safety) and Kolbe Fields (outside linebacker).

OSU has seven other offers out on corners, according to 247Sports. That includes an offer to four-star Tulsa Union star A.J. Green.