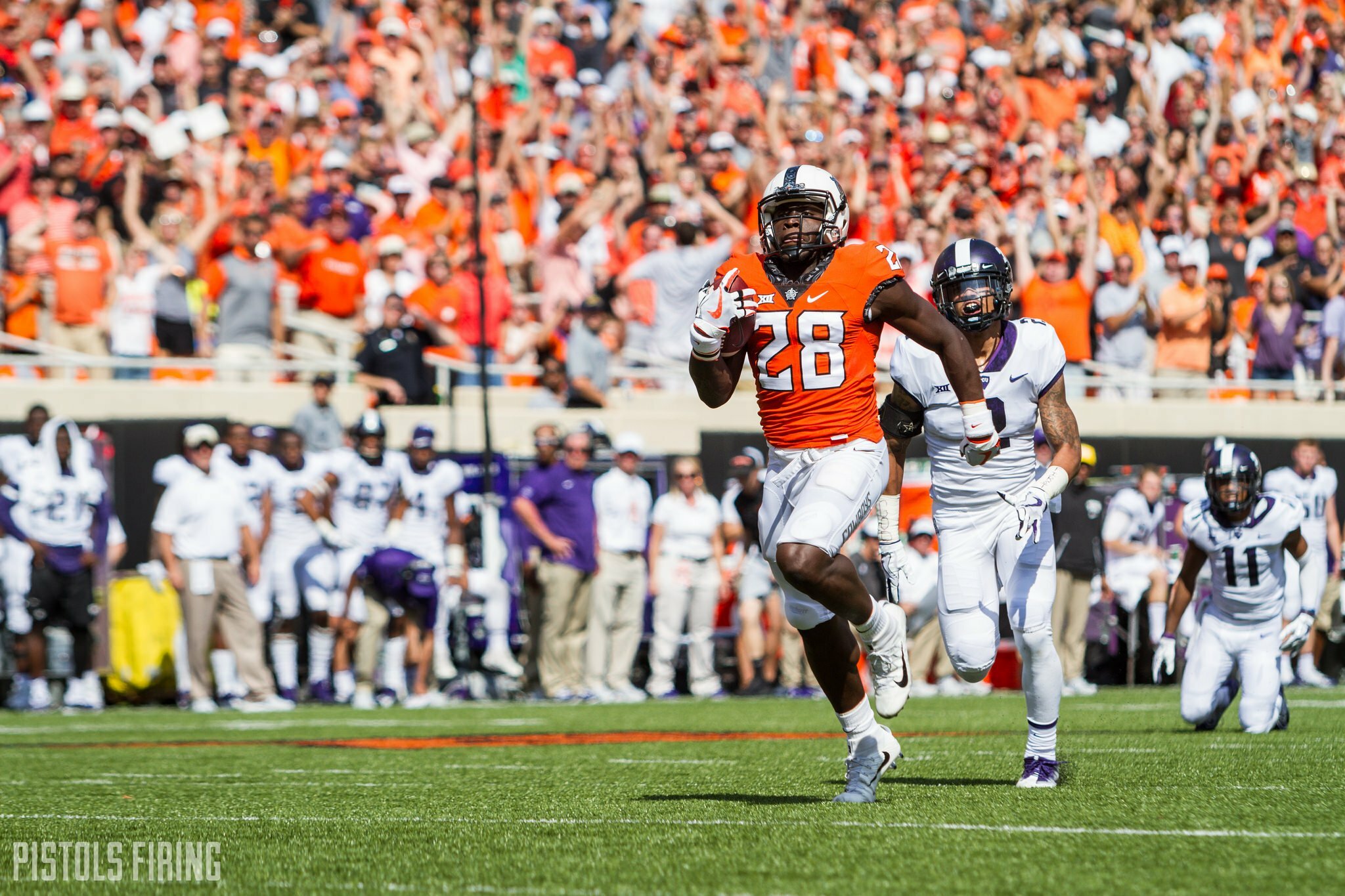 Another year is officially in the books, and it was (mostly) a good one for Oklahoma State. So much happens in 12 months. It’s astounding, really, to think about what was going on this time last year. Jawun Evans and Brad Underwood were trying to navigate the Big 12. Mike Gundy was making less than $4 million a year. OU was still coached by Bob Stoops. Zach Sinor was still a man without a Heisman campaign. Hell, this time last year PFB had yet to be credentialed.

Anyway, I thought it would be fun to look back on the 10 biggest OSU-related stories of 2017. This is not meant to be an exhaustive list, nor does it necessarily reflect how grand something felt in the moment. Rather, it’s a look at which events had the biggest long-term effect on Oklahoma State as a whole in 2017. Let’s take a look.

I know a lot of people will be #madonline about this one, but it was such a monumental moment and maybe even more so at the time because we had no idea how good Lincoln Riley would be (update: he’s good). I think we can all agree that OU being good at football has kept OSU from riches untold over the last decade. The person who kept them good exited stage right … and they apparently hired somebody just as good … who can also call plays. Awesome.

There wasn’t a single moment because they broke every record except for Walt Garrison’s “most tobacco chewed off the field in one season” mark which will never be touched. But Mason Rudolph and James Washington left their indelible mark on a program that won 10 games in three straight seasons for the first time ever with them guiding the ship. It feels disappointing right now (trust me, it does), but in the grander scheme, I think we’ll remember this era fondly and hopefully as a launching pad to even greater things in the future.

Nobody will ever know just how serious this was. Mike Holder said recently that he wasn’t too worried but also that Gundy had earned the raise he got to $5 million.

“I really felt like he would (remain) our coach,” Holder told the Tulsa World. “I think it’s a compliment to Mike Gundy and to OSU that he’s consistently viewed as a candidate for other jobs. I have no doubt that schools other than Tennessee inquired. Why wouldn’t they?”

But in the world we live in — where OSU’s head football coach is one of the handful of most important employees in the state of Oklahoma (and more important to my livelihood than most of my extended family — this was a huge deal. Even if it wasn’t.

After Underwood left, this was an inevitability, but it still changed the program in a big way. I truly thought he might stay after he insinuated as much following the NCAA Tournament loss to Michigan, and maybe he would have if Underwood hadn’t ejected. But the resulting decision has been good for Evans as Chris Paul was traded from the Clips and injuries have sent Evans’ playing time soaring.

Anybody remember this? Do you even know which Big 12 Tournament I’m referencing? Oklahoma State finished 8th in the Big 12 regular season and narrowly squeaked into the Big 12 Tournament before going out and winning the dang thing. That led to this epic postgame speech from one of the princes of Stillwater.

It won’t resonate with most fans, but this was a massive behind-the-scenes move. Weiberg is now primed to take over for Mike Holder whenever he retires and usher Oklahoma State into the post-Holder (and for that matter, post-Pickens) era. If we learned anything from OU last year it’s that you want your succession to 1. Be smooth and 2. Not include a search firm. Where OSU failed as an organization to do with in basketball, it succeeded on the administrative level.

Are we … not making a big enough deal about this? I guess part of it has to do with how little we actually know about the investigation, but man. This was unexpected and could have been catastrophic for a first-year head coach taking on what appeared to be a bit of a project. Maybe it still will be. But it also gave Mike Boynton’s players something to rally around heading into the 2017-18 season. I would have preferred, you know, somebody saying OSU would go 0-18 or an errant tweet from Trae Young as my rallying points, but Boynton has done a good job making lemonade.

We thought coming in that Bedlam might be inconsequential. Both teams would just lace ’em up again in Arlington a month later, we thought. We were wrong. OSU was clipped by every purple team it played, and Bedlam sealed the Heisman (and probably a CFP spot) for the Sooners. Legacies and programs hinge on single plays in single games, and there are about 10 from this game that I’ll remember for a long, long time. Most notably this one:

HE LITERALLY TOOK NINE STEPS WITH THE BALL pic.twitter.com/EDGsgFNkp6

For the second year in a row, OSU’s basketball coaching position dominated the top storylines. This year it seemed as if Doug Gottlieb got a real shot at it, but Mike Boynton, at age 35, pulled off the improbable. The jury on him will be out for several years, or should be, but early returns are pretty solid. Oklahoma State hoops is surprisingly enjoyable thus far.

I’m honestly still a little stunned by it. I’ve certainly grown more immune to a lot of this stuff than I was when I started, but this was an absolute shocker. I’ll never forget where I was (my office), what I was doing (watching golf) or who tweeted it (Jeff Goodman). I threw on my KD Texas jersey t-shirt (for obvious reasons) and Carson and I Periscoped the most-watched video we’ve ever done. A move that changed the trajectory of OSU hoops (whether for good or bad remains to be seen) forever.