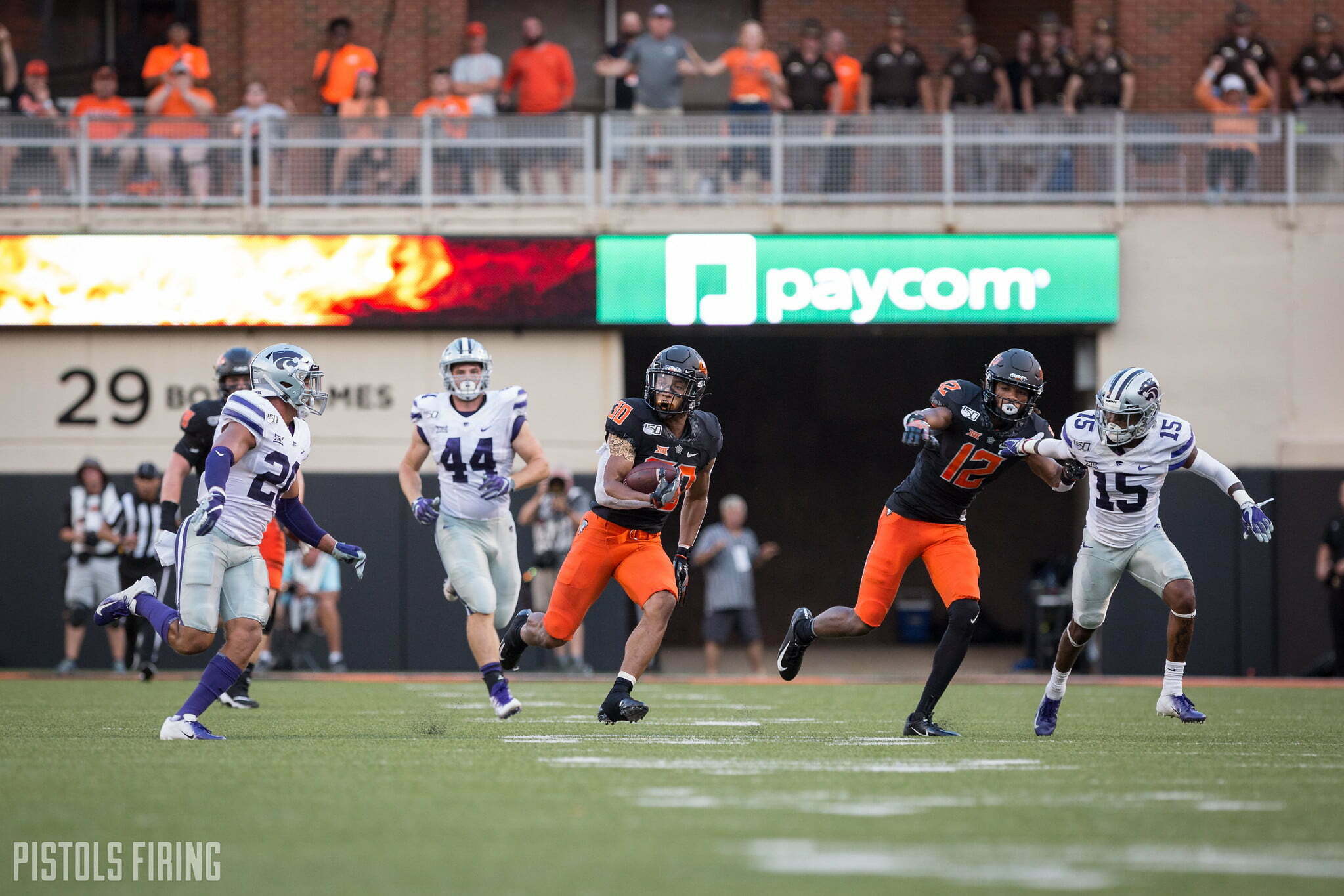 Chuba Hubbard is not going to win the Heisman is the story I keep telling myself. But maybe for Chuba Hubbard (and Oklahoma State) “winning the Heisman” is as simple as getting an invite to New York at the beginning of December.

We’re five games in, and the Barry Sanders comps have gotten less absurd — not more — as Chuba storms Chalet de Record Book with the speed he storms end zones on Saturday evenings.

The numbers will make you dizzy. Not just how astounding they are but how many there are. Every time I think I’ve found the best way to contextualize what Chuba has done (is doing) I turn around and find a better way.

And I needed to get them all down on paper. If not for you, than for me. Because for whatever reason, putting things down on paper (or onto a screen) makes them more real than if I didn’t. So here we go, here are the 10 most astounding stats about Chuba Hubbard’s ridiculous five-game stretch to start the 2019 season.

You can keep screaming about how Chuba and Barry shouldn’t be talked about in the same paragraph, much less the same sentence, but I can keep feeding you numbers.

And Tech is 100th nationally in rushing defense.

Nobody in the Gundy era has ever averaged over 7.0 yards per carry with 125+ carries like Chuba is right now. There’s obviously a long way to go, but he has a serious chance to become the first, or if not then maybe the fourth to average at least 6.0 YPC with a minimum of 125 touches. 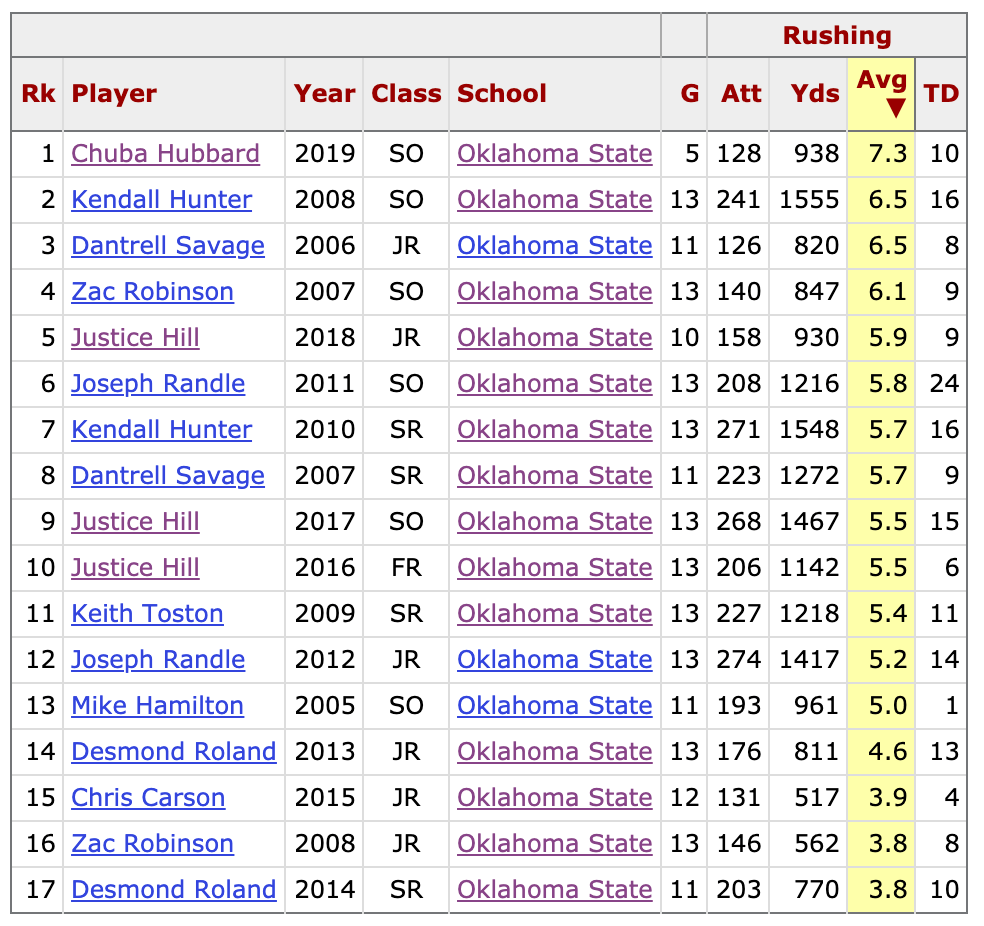 This made me laugh. Just a preposterous stat. And it’s not like we’re two games into the season! OSU should have let him gallop against McNeese!

Mike Gundy has been the coach of Oklahoma State for 5,383 days.

Chuba leads the nation in carries, yards, yards per game, all-purpose yards, TDs and is actually also No. 1 in yards per carry among Power 5 rushers with at least 60 carries. Darius Anderson (TCU, 59 carries), Max Borghi (Washington St., 49 carries) and D’Andre Swift (Georgia, 49 carries) clip him if you lower the bar a bit, but I’m making these stats up as we go so I’m not lowering the dang bar! 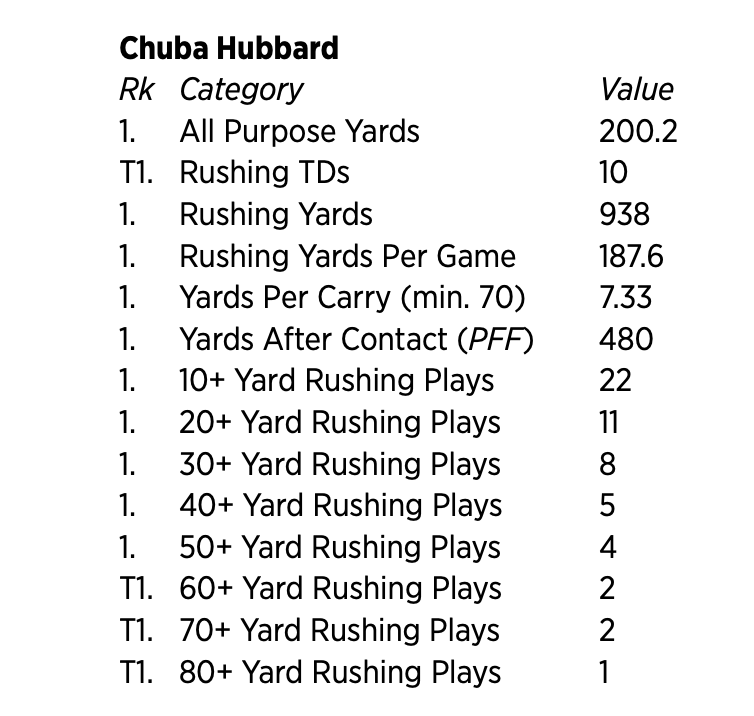 RBs with at least the following number of yards this year …

The list of players who have had at least 25 carries in a game and averaged 11 or more yards a carry like Chuba did on Saturday is short and special. It essentially has happened in one game a year since the turn of the century. 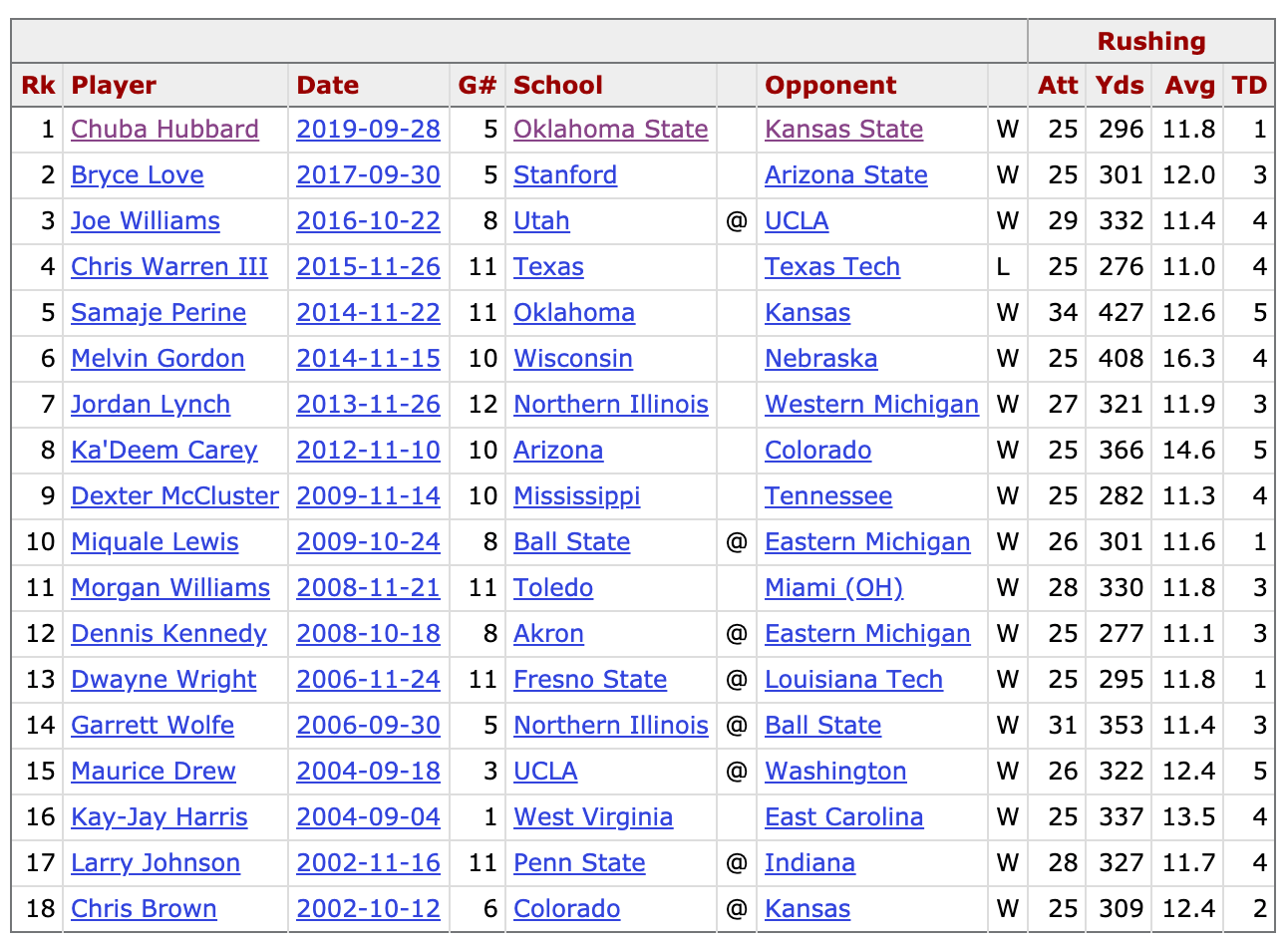 It took Justice Hill 158 carries over the course of 10 games last season to crack the 930-yard mark (where he ended the season). It took Chuba 30 fewer carries in five fewer games. Justice was right, Chuba is better.

Only 31 players have touched 2K in a year since 1956. Chuba needs to average a pedestrian (for him!) 133 a game the rest of the way to become No. 32. If he keeps averaging what he’s been averaging (187.6), he’ll have posted the fourth-best season in NCAA history. In case you were wondering whether the Heisman buzz is real. 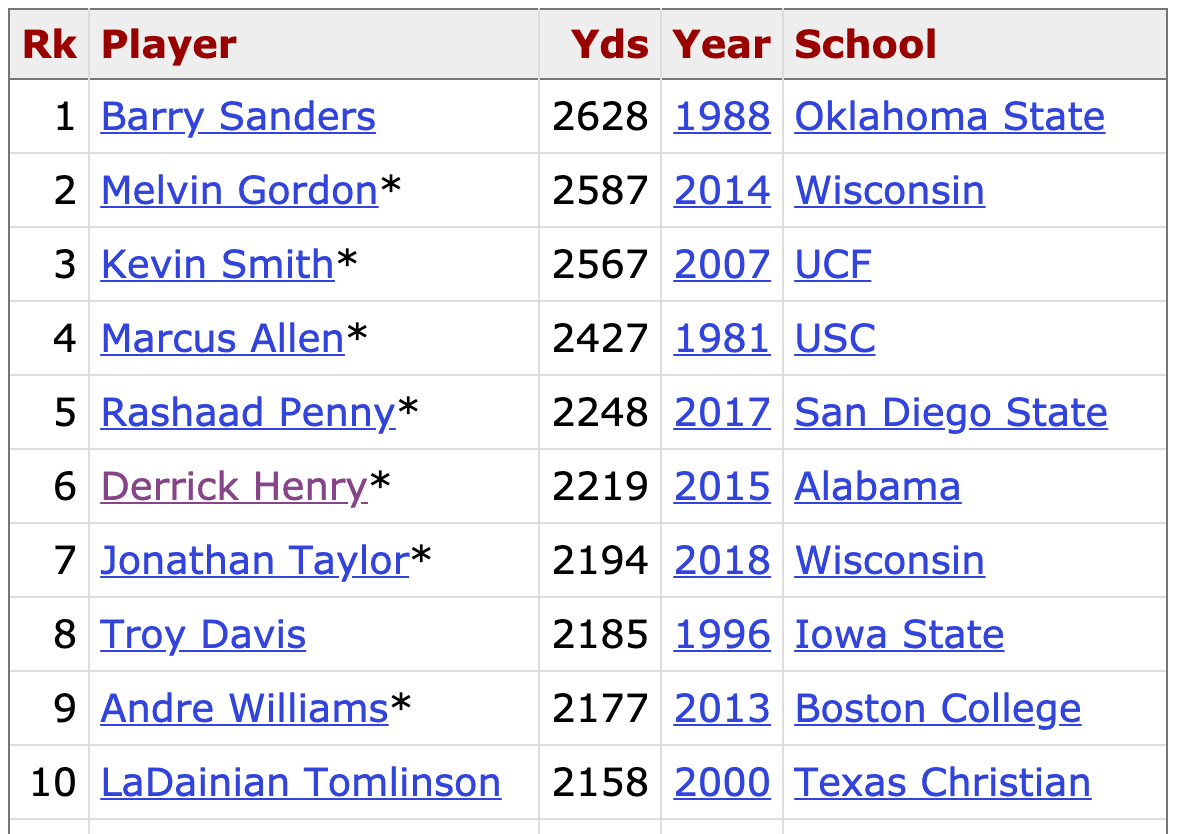