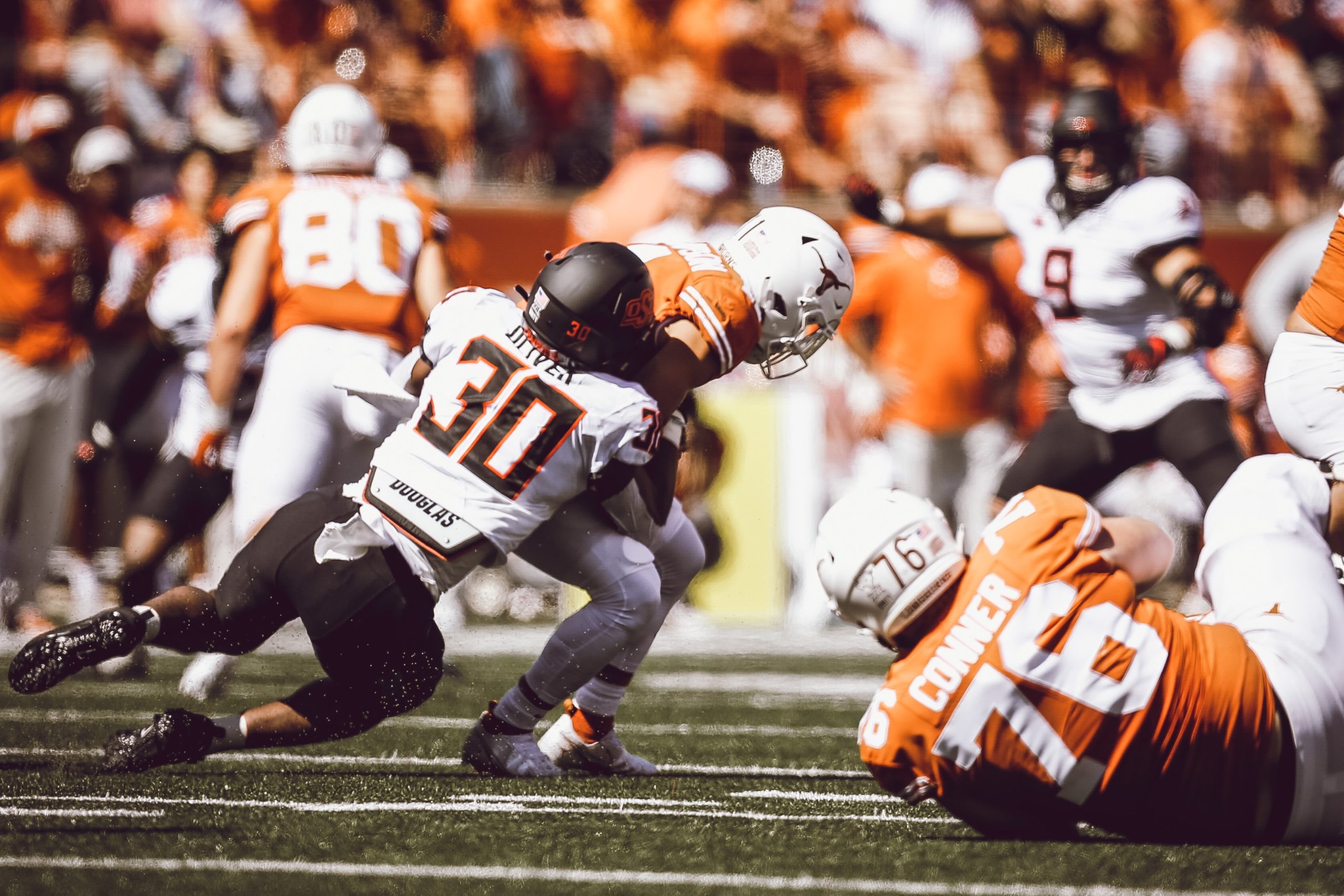 It wasn’t pretty, but it was pretty dang good.

Oklahoma State earned its sixth win of the season on Saturday, upending Texas at home by scoring 19 unanswered points and outgaining the Longhorns 179-1 in the fourth quarter. OSU’s defense proved it might be even better than I thought while the offense still leaves me not know what to think.

There was some good and some bad from the Pokes on Saturday so let’s get to the best and the worst.

Best Place to Be: Wherever Jason Taylor Is

It was getting a little dark in The Chamber before Taylor flipped the field and the game in the Cowboys’ favor with his pick-6.

OSU was down 17-3 with Texas in scoring position threatening to built a lead that would have been difficult for the Cowboys to overcome.

Then this happened. Love me a good Gus call.

Taylor has accounted for half of OSU’s non-offensive touchdowns since the start of 2020 (three) and he almost had another pick-6 against Tulsa that was called back due to a holding penalty.

Spencer Sanders spent a good portion of Saturday’s game with defenders breathing down his neck, but some throws just shouldn’t be made. I don’t know if the ball slipped out of his hands as Joel Klatt surmised or what, but this one went straight to UT cover man D’Shawn Jamison.

Sanders’ wasn’t exactly crisp in the passing game, pressure notwithstanding, but he bounced back on the whole and was able to captain the Cowboys to three straight scoring drives in the fourth quarter, which was enough to earn a tough road win.

This guy is going to be a star.

True freshman Collin Oliver makes the list for this big-time play that resulted in a crucial fourth-quarter stop.

The Cowboys had just popped the Longhorns in the snout with a touchdown to pull within 2 and desperately needed a stop on third down, and the rookie responded well like he has all season.

I love the idea here, but the execution was lacking.

The Cowboys needed to figure how to get into the end zone, down 2. I’m all for the trick plays, in theory — especially employing back-to-back trick plays to put the defense on its heels — but this was one was lacking in application.

“… we practiced (the throwback) 50 times, and BP has thrown that ball accurately,” said Mike Gundy after the game. “We would’ve had a big one there, and we didn’t get it executed. Those are just common plays for us that we’ve run quite a bit over our career here.”

We’ll give Presley a pass (no pun intended) for executing a reverse the play before and finding the end zone on the previous drive. Fortunately, Jaylen Warren would bust off a 20-yard run on the very next play that led to an OSU field goal and the lead.

Before the season, we didn’t even know how much of the load Jaylen Warren would handle in the Cowboys’ deep RB rotation, but injuries thrust him into the starting job and he’s been outstanding.

On Saturday, Warren had five runs of at least 10 yards, including three of over 20. I’ll go with this one because it led to the Cowboys’ first offensive TD of the game which pulled them within 2.

Warren outrushed the nation’s leading rusher Bijan Robinson by nearly 60 yards on the day and outrushed the entire Texas roster 118-1 in the fourth quarter.

Worst Feeling: The Minutes (and Probably Days) After a M-Rod Hit

Watching Malcolm Rodriguez should make kids reconsider a career in football. The Cowboys’ defensive leader laid this nasty blow on Casey Thompson in the final minute of the third quarter, causing the QB to leave the game for a play.

Thompson would return but didn’t spend much time in the pocket after that, completing just one pass for no gain and then throwing an interception in two drives during the fourth quarter. Who’s to say whether or not this hit directly contributed to that, but if I got knocked out of my shoes like this, I think I’d be more than happy to hand the ball off.