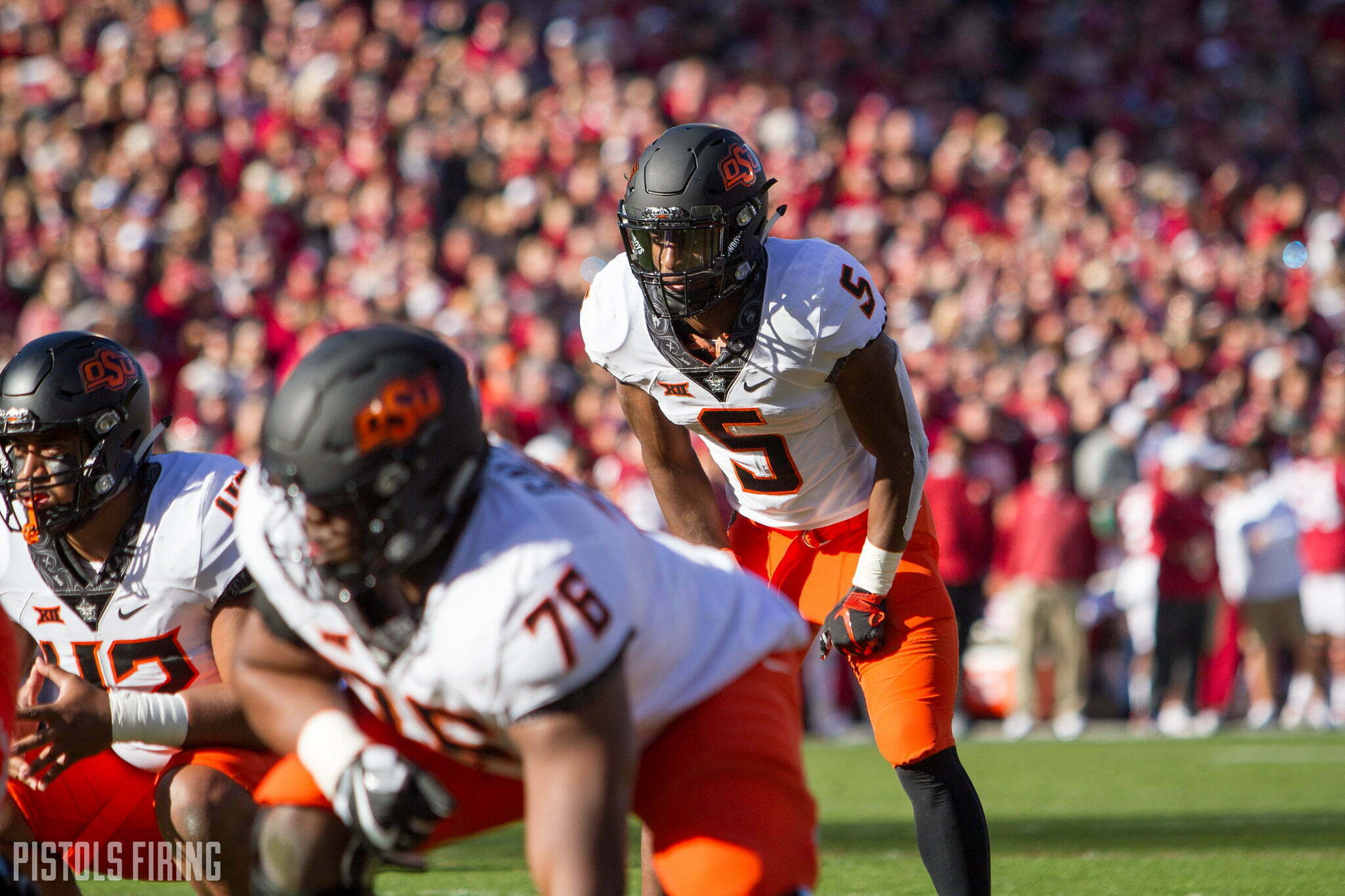 Scouting and development is the name of the game for Mike Gundy and his staff.

Because OSU cannot typically compete on the recruiting trail with the OUs, the Alabamas, the Clemsons of the world, it is imperative that the staff identify talent early, extend offers early, hope and pray that the player doesn’t become a nationally-known name, and finally, if possible, sign him. From there, Robert Glass and the strength staff take over.

Glass is the name behind the scenes tasked with the most important job in the organization. His role as assistant AD of athlete performance entails … a lot. Strength, conditioning, sure. Also dieting, sleep. It all ties together.

The importance of Glass is ratcheted up tenfold because OSU, unlike traditional college powers, doesn’t get five-star talent on an annual basis. Gundy is known for turning three-star prospects into four-star performers and, at times, future pros.

Just how good is the Gundy-Glass duo? Since 2005, OSU has had 27 players drafted and many more soaked up into the NFL orbit via free agents. Here’s a look at the 27 who have been drafted and where they were ranked coming out of high school, a refresh from last year’s in-depth post on the same topic.

Justice Hill being the No. 18 running back coming out of high school looked dumb when he was a freshman. Now, as a rookie with the Ravens, it looks even more foolish.

Brailford and Hill were teammates in high school and teammates in college. They were the only Cowboys to be drafted in 2019.

Rudolph was considered a four-star prospect by 247Sports and the No. 16 pro-style QB in the 2014 class, but being drafted in the third round is still a remarkable feat despite high expectations coming out of Rock Hill, South Carolina.

Flowers wasn’t even a top 1,000 prospect coming out of high school in Converse, Texas. Now, after a strong rookie season in Seattle, he might be a starter in his second season.

Ateman was a four-star, top-300 recruit in the 2013 class. As a rookie last season he emerged as a receiver Oakland can rely upon moving forward after catching 15 passes for 154 yards and a touchdown in seven games.

Taylor was a four-star prospect who ranked as the No. 29 prospect at the defensive tackle position coming out of high school in 2013. Despite an injury that cut his 2018 season short, the Dolphins see him as a defensive anchor up front.

Carson logged 247 carries, 1,151 yards rushing and nine touchdowns last season for the Seahawks. Not bad for a player who was lightly recruited out of high school and who OSU picked up from the junior college ranks.

Ogbah was the 32nd pick of the 2016 draft in a year where there were only 31 picks in the first round. So technically … he was a first-rounder. Not horrible for a player ranked as the no. 39 prospect at his position coming out of high school.

Furman was a four-star prospect who originally signed with Michigan before making good on a grad transfer year at Oklahoma State and being drafted. He was the No. 19 overall athlete in the 2010 class.

Gilbert was a four-star, top-300 recruit out of high school. If evaluators had seen this gif coming, he’d easily have been a five-star.

Randle slotted in as a productive running back at OSU, recording 3,085 yards rushing and 917 yards receiving in three seasons before being drafted in the fifth round in 2013.

Blackmon wasn’t even a top-10 prospect in the state of Oklahoma coming out of high school. But he wound up as the only two-time Biletnikoff winner and was drafted fifth overall in 2012.

Weeden played professional baseball before he led OSU to a Big 12 title in 2011. He wasn’t on anyone’s radar, and especially not on talent evaluators’.

Remember the time Markelle Martin killed a man on the football field? I remember!

Hunter was a three-star running back out of high school who was viewed as a top-65 player in Texas in the 2007 class. He was still barely a top-50 player at his position.

Okung was hardly a blue-chipper, but he was special from the moment he arrived on campus and went No. 6 overall in 2010. He’s still kicking around in the pros and one of the richest players on this list.

Bryant was a top-50 recruit in the 2007 recruiting class, a top-25 draft pick, and one of the most productive NFL Pokes of all time.

Robinson was the No. 14 dual-threat QB in the 2005 class and little more than a three-star prospect. 247 viewed him as the 414th overall prospect in the national class overall.

Pettigrew flourished as a Cowboy. But he was no more than a two-star prospect who was viewed as a player barely inside the top-300 recruits.

McBean was recruited by OSU out of junior college as the No. 1 prospect at the strong-side defensive end position. He lived up to the hype and became a fourth round pick in 2007.

Hilliard had two offers out of high school as an under-the-radar product from New Orleans. But the Patriots made him a sixth round pick in 2007, despite being tabbed as the No. 149 tackle prospect in the 2003 high school class.

Charlie Johnson was evaluated as a tight end out of high school if you’re curious about his profile. But he was selected in the sixth round of the NFL Draft in 2006 by the Colts, and he had a respectable professional career for both the Colts and Vikings … as an offensive lineman.

Morency may have been a big timer — he was a third round pick in 2005, after all — but he certainly wasn’t a can’t-miss high school prospect. In fact, 247Sports doesn’t even house a recruiting profile on him.

According to 247Sports, Williams’ only offer out of high school was Oklahoma State. He was unranked and became a second round pick in 2005.

Like Williams, Bajema was a one-offer athlete out of high school in 2001. But the Westmoore standout athlete proved to be a freak talent at tight end at Oklahoma State, and was selected in 2005 with the No. 249 overall pick.