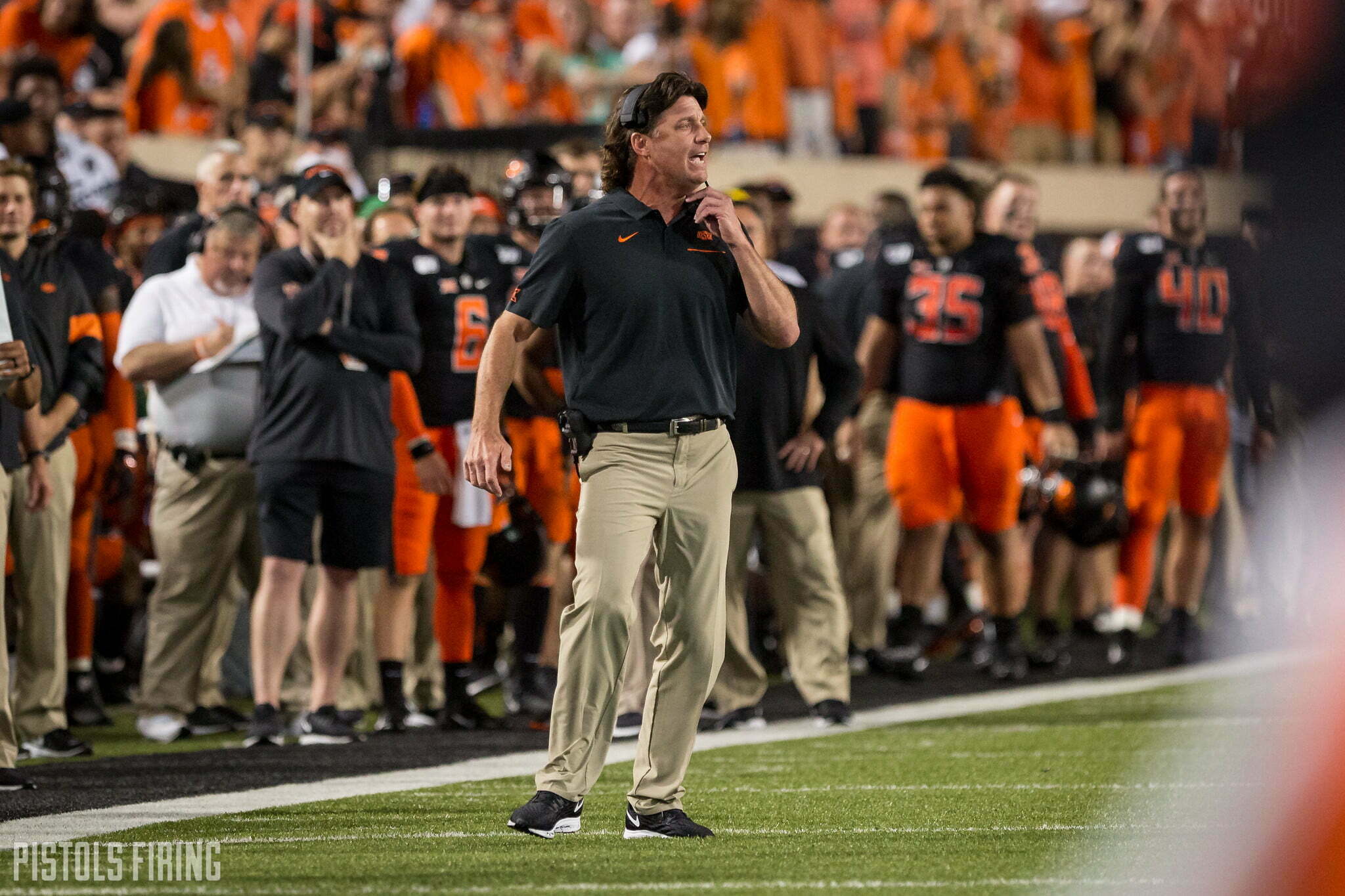 There are usually a few sticking points in Mike Gundy’s postgame news conferences, and Saturday’s were turnovers and big plays.

Oklahoma State lost to Texas Tech 45-35 in Lubbock, and those things Gundy mentioned played a big piece in that loss. Here are all the things Gundy touched on in his post-Tech presser.

• The big points are the 5-0 turnover differential and the big plays the OSU defense allowed.

• “They made the plays; we didn’t. And they forced us into turnovers, and we couldn’t ever catch up.”

• “I think run blocking we were OK. From the outside looking in, I just don’t think we protected very well. He had pressure from the beginning of the game, and I think that had something to do with our interceptions.”

• “I want to go back and watch and see how many of those throws he was pressured on, but I think sometimes when they’re young like that, if it happens kinda like that early, they get a little flustered. (Sanders) really was OK on the sideline. I just think they got a lot of pressure on us.”

• On what he tells Sanders after a loss like that: “The truth. Once we watch the tape, just exactly what happened. ‘On this play, here’s what happened. You did get some pressure.’ ‘You need to do a better job of keeping two hands on the ball in the pocket.’ Things like that. Just tell him the truth. Exactly what happened. And if we didn’t do a good job of protecting, then we let those guys up front know, and then we talk as a group.

“Then as the coaches, we have to say, ‘Maybe we had too much in. Maybe we didn’t get enough reps on enough stuff. We put them out there and didn’t give them a chance for success.’ We all have to look in the mirror and try to come up with what the issues were, put a plan in place and then we gotta practice it.”

• Tech had a safety over the top of Tylan Wallace “a majority of the time.”

• “There haven’t been many times in our career where we’re out of a game, where we’re onsiding to stay alive. Really, that’s kind of where we were today.”

• On if he ever considered going to Dru Brown: “No because we thought we were having some protection problems. I want to say the first two interceptions were based on protection issues. If that’s true, it’s hard to blame (Sanders). I might watch the tape and see differently, but that was my gut feeling.”

• “Even is (Sanders) is to blame, then he has to learn from mistakes and develop as a young player. If he leans or relies or puts everything out there on games we’ve already played, that would make for short careers for quarterbacks, particularly young.”

• “We made (Jett Duffey) look real good. … He played fairly well today. I think he gained confidence as it went on. We allowed that to happen.”

• “There was a lot of blame to be put around: quarterbacks, offensive line, corners, coaches, everybody. But in the big picture, if you turn the ball over that many times, no matter what forced those turnovers, and if you give up big plays, it’s difficult to win, and that’s what we did today.”