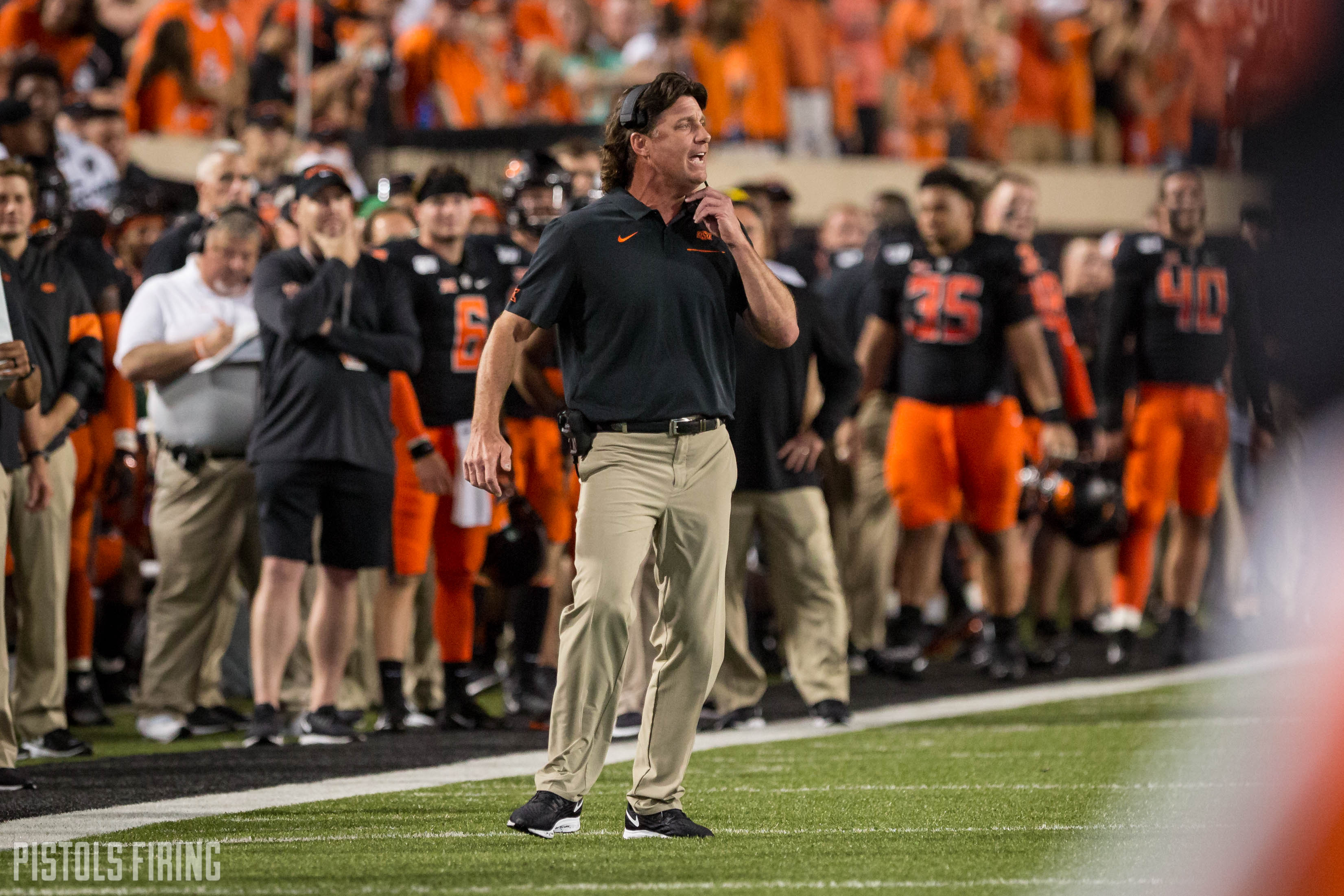 Oklahoma State doubled up Kansas State 26-13 on Saturday in Boone Pickens Stadium. The Pokes are 4-1 on the year and 1-1 on conference play. After Saturday’s win, OSU coach Mike Gundy met with the media. Here is what he had to say.

• Spencer Sanders needs to do a better job of just taking off and running instead of throwing across his body, but he is still young.

• Tre Sterling, who led OSU in tackles, made a “big change” entering this year. “Sometimes we see young men that, they’re just kinda there. Then a year later, they decide that football’s important to them, and they play much better.”

• OSU’s defense gets better each week. It’s important to stop the run first then move onto the pass.

• Gundy is pleased with his linebacker play.

• “The good news tonight is that we traded field goals for field goals. That was the difference. We’re still not good enough down there (in the red zone).”

• On how the O-line handled all the shuffling: “I don’t know, and I don’t even want to think about it. It had me scared. I don’t think I ate much all week.”

• “Spencer, he knows where his weapons are. Tylan’s tough to deal with.”

• In the second half, Tylan Wallace played inside more, and K-State responded by throwing a safety over him, opening more room for Chuba Hubbard.

• The crowd was awesome for staying through the rain delay.

• Sanders rolled out a little more this game in preparation for the two new offensive tackles.

• “(Sanders is) trying to make a play every time. Sometimes it’s OK to run it or throw it out of bounds. But he does have a very live arm, and he can whip it fast on the run. That’s a weapon for us when he’s out on the move.”