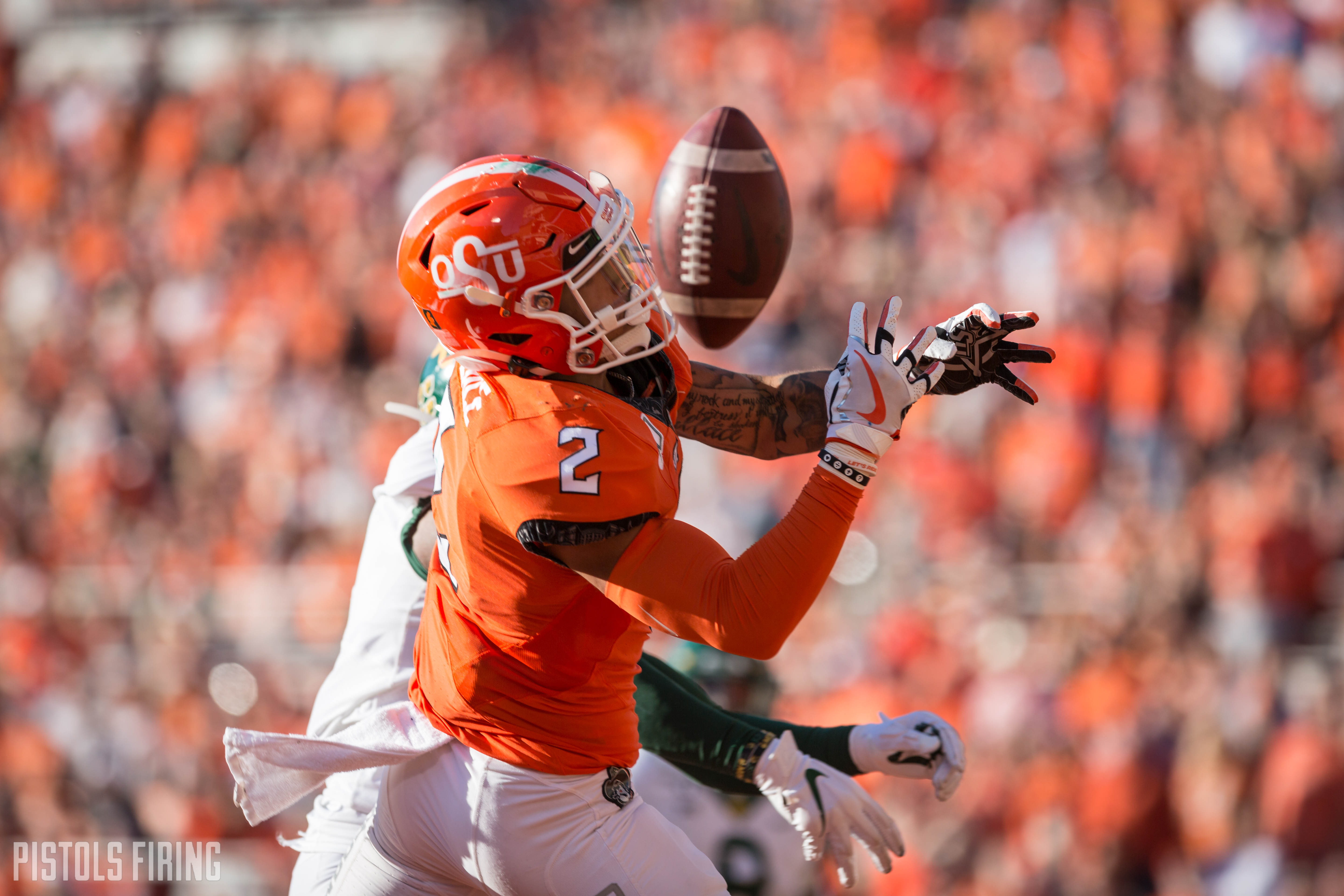 Oklahoma State fell to Baylor 45-27 on Saturday in Boone Pickens Stadium, as the Cowboys fell to 4-3 on the year and 1-3 in Big 12 play. Here is what OSU coach Mike Gundy said after the loss.

• “The wheels came off with nine minutes left.”

• It’s hard for OSU to overcome the turnovers and big plays it gave up.

• Penalties hurt OSU. The Cowboys had eight penalties for 92 yards.

• “There’s plenty of work to go around. I hated it for the guys. The crowd was awesome. Homecoming was awesome. Wish we would’ve played better in the fourth quarter for the fans. We’ll keep moving and get ready, come back tomorrow and get it corrected and get ready for Iowa State.”

• On his defense: “I think in this game, I think it’s probably 50 percent they had a couple good play calls. They caught us in a couple coverages that were good versus what we were in. And then we let ourselves down a couple times. There’s time that we’re playing good. We’re just not consistent over a period of time. That’s where we have to improve.

“The good news is that they show signs of being able to do it. Now, that’s not helping us because we play four quarters in a game, so we have to be more consistent. We gave up way too many big plays. Then after one of the turnovers, in my opinion, we went out and we didn’t compete. They ran a counter play and broke it for 80 yards or something. We just didn’t compete on that play. That comes back to me and the leadership. No matter what, you gotta go out and compete. That made it look worse.”

• On Spencer Sanders: “He was doing good too until the fourth quarter. I don’t think he had fumbled the ball. He had done better. I think this last one, the one in the pocket, I think he cause himself. I thought on the replay it hit his own leg. So, he was pretty good for quite a while. He got back to a little bit of freelancing at the end of the game. He’s got to stay in the system.”

• The first end-zone fade Sanders threw Jordan McCray, the touchdown, was “perfect.” Gundy said he underthrew the interception by about 5 yards.

• The ball distribution was better early in the game, getting McCray and Jelani Woods involved.

• The team didn’t tackle well at times, particularly in getting Charlie Brewer down.

• On the team bouncing back for Iowa State: “They don’t have a choice. We play next Saturday at Iowa State whether they like it or not. My message to them is, ‘Sunday’s a hard day when you don’t win a game because you gotta come in, you gotta watch the game, you gotta grade it.’ It’s tough because these guys have a lot of pride, but it’s very important to see it, correct it, correct the mistakes and put a plan in place. I don’t see that as being an issue with them at all.”

• On the team’s game plans coming into the Baylor game: “I thought they were pretty good. We pressured (Brewer). We hit him a lot. Shoulda had seven (sacks). We had him and just missed him. First play of the game we missed him. He’s sacked. He’s back there at eight yards, and our scheme that turned Amen (Ogbongbemiga) loose. And Amen just missed him.

“It’s pretty reasonable to say we could’ve got seven, eight sacks. That would’ve been a heck of a day. So, I thought the schemes were good. Second half, getting beat on the zone coverage for big plays wasn’t good.

“Offensively, I think our plans were good. Until we turned the ball over, we were just fine. Spencer would like to have the throw back right before half, but sometimes that’s gonna happen. As he matures, that’ll get better.”

• On if he considers going to Dru Brown with all of Sanders’ turnovers: “Well, (Sanders) got dinged in the head. We put (Brown) in at the end. Spencer kinda got his head dinged. But no. Up until the end, when he turned it over, it was pretty late. Prior to that, he had played pretty good. He had made some plays. Threw the ball pretty good. He was operating. We were moving the ball. So, not at that point. … That’s not something we’ve thought about.”

• Gundy said he thinks Sanders is fine, but at that point in the game there wasn’t much of a reason to throw him back out there.