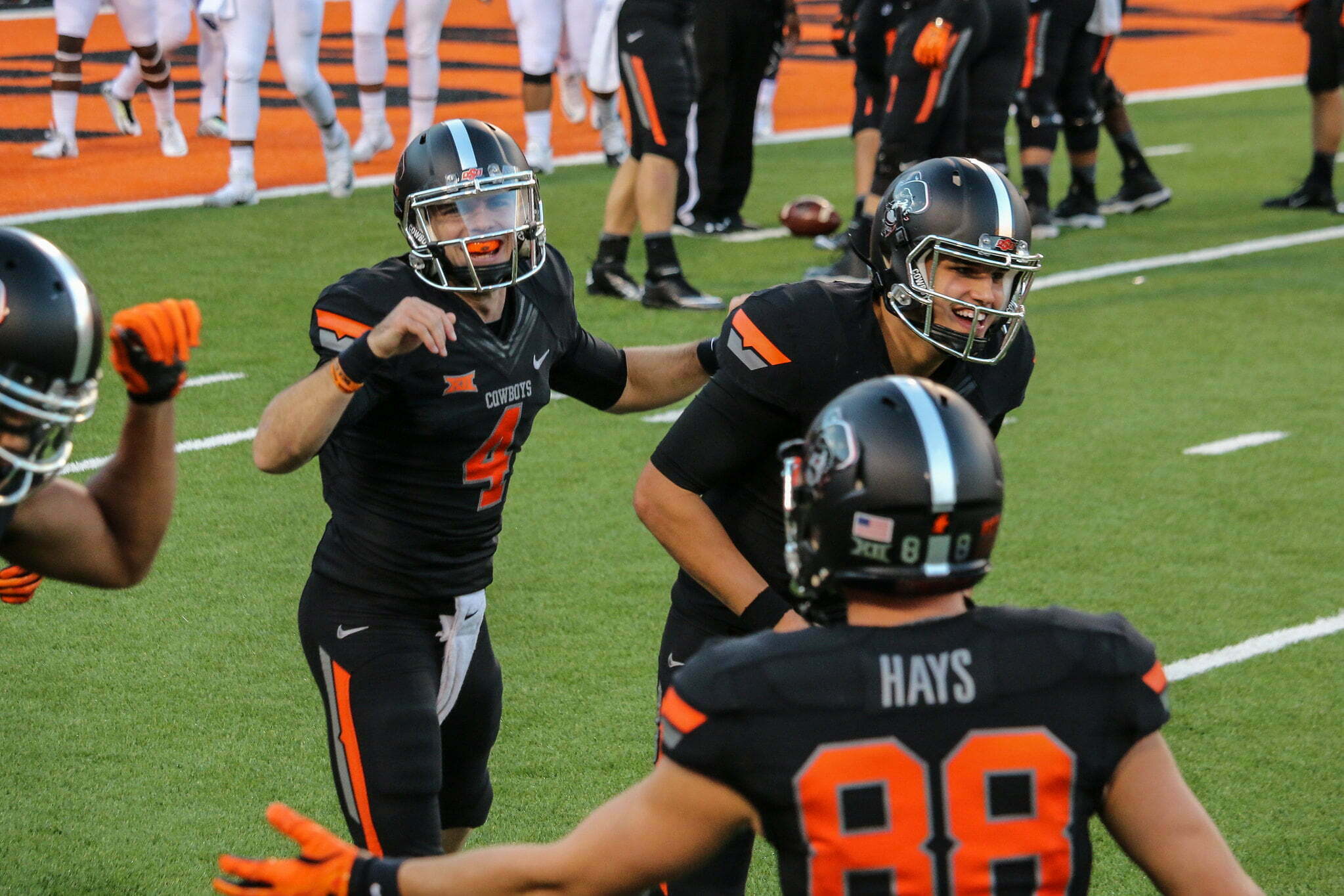 Mike Gundy put Oklahoma State on the map as a team known for its high-octane offense.

Often times the biggest cogs in those offensive juggernauts were quarterbacks, and Gundy and his staff have recruited some darn good ones over the years. Here is a look at the Top 5 quarterback recruits of the Gundy era, based off 247Sports Composite scores, and how those guys’ careers shook out in Stillwater.

Now an assistant on OSU’s staff, J.W. Walsh was a highly regarded recruit in the 2011 class.

Walsh chose Oklahoma State over offers from LSU, Arizona State, Arizona, Baylor and others and went on to have a solid career with the Cowboys. He was the No. 115 player in the class, ranking seventh among dual-threat QBs.

Despite seemingly always being in a position battle with Clint Chelf, Wes Lunt, Mason Rudolph or some combination of the three, Walsh finished his playing career rubbing elbows with some of OSU’s elite passers. His 61 touchdowns responsible for rank fifth in program history, just above Barry Sanders.

Walsh also completed 63.1% of his passes, which ranks third in program history among players with at least 200 attempts (trailing Brandon Weeden and Mason Rudolph). And Walsh’s 36 passing touchdowns rank eighth in program history.

Walsh’s best season came as a redshirt freshman in 2012 when he threw for 1,564 yards and 13 scores to just three INTs. He ran for another seven touchdowns that season, as well. He had a crazy stat line against Kansas in 2015 (when he was the red zone QB). Against the Jayhawks, Walsh was 5-for-5 with two passing touchdowns, and six of his rushing attempts ended in scores. That’s efficient.

Spencer Sanders is still writing the book of his college career, but he was a big-time get for OSU in the 2018 class.

The No. 171 player in his class, Sanders chose Oklahoma State over offers from Texas A&M, Ole Miss, South Carolina, Penn State, TCU, Texas Tech and others.

After redshirting in 2018, Sanders will enter his fourth season as OSU’s starter in 2022 (and he could return in 2023 because of COVID). Thus far, Sanders ranks fifth in program history in passing yards, sixth in passing touchdowns, fourth in completion percentage, fourth in yards of total offense and is tied for sixth in TDs responsible for. The big blemish on his career thus far is that he is tied for fourth in interceptions thrown in program history, as well.

Sanders’ backup the past two seasons, Shane Illingworth is off to see whether the pastures are greener at Nevada.

Illingworth was the No. 164 player in the 2020 class, and the California native picked OSU over offers from Arkansas, Washington State, Louisville, Arizona, Arizona State and others.

He played in six games as a Cowboy, throwing for 939 yards and seven touchdowns to two interceptions. He entered the transfer portal this offseason and has since made the move to Reno to be with the Wolf Pack.

Mason Rudolph’s career passing records are going to be tough to touch, even if Sanders spends six seasons in Stillwater.

The No. 269 player in the 2014 class, Rudolph turned down LSU, Ole Miss, Louisville and others to go to Oklahoma State, and it worked out well for both parties.

Rudolph is OSU’s career leader in completions, passing yards, passing TDs, yards of total offense and touchdowns responsible for. That led to the Pittsburgh Steelers using their third-round pick on Rudolph in 2018. He is still with the Steelers and will have an opportunity to battle with Mitchell Trubisky for the starting job in Pittsburgh this offseason.

Rudolph had 10 games of at least 400 passing yards in his college career, including a 540-yard outing against Pittsburgh as a junior, the most in a game in school history.

John Kolar came to Stillwater as a highly touted prospect, but it just didn’t quite work out.

A four-star prospect in the 2015 recruiting class, Kolar was the No. 286 player in the cycle. The Norman North product ended up with only two pass attempts in his college career, coming in a game against Southeastern Louisiana in 2016.

After four seasons with the Pokes, Kolar transferred to Iowa State to play with his brother, Charlie Kolar.