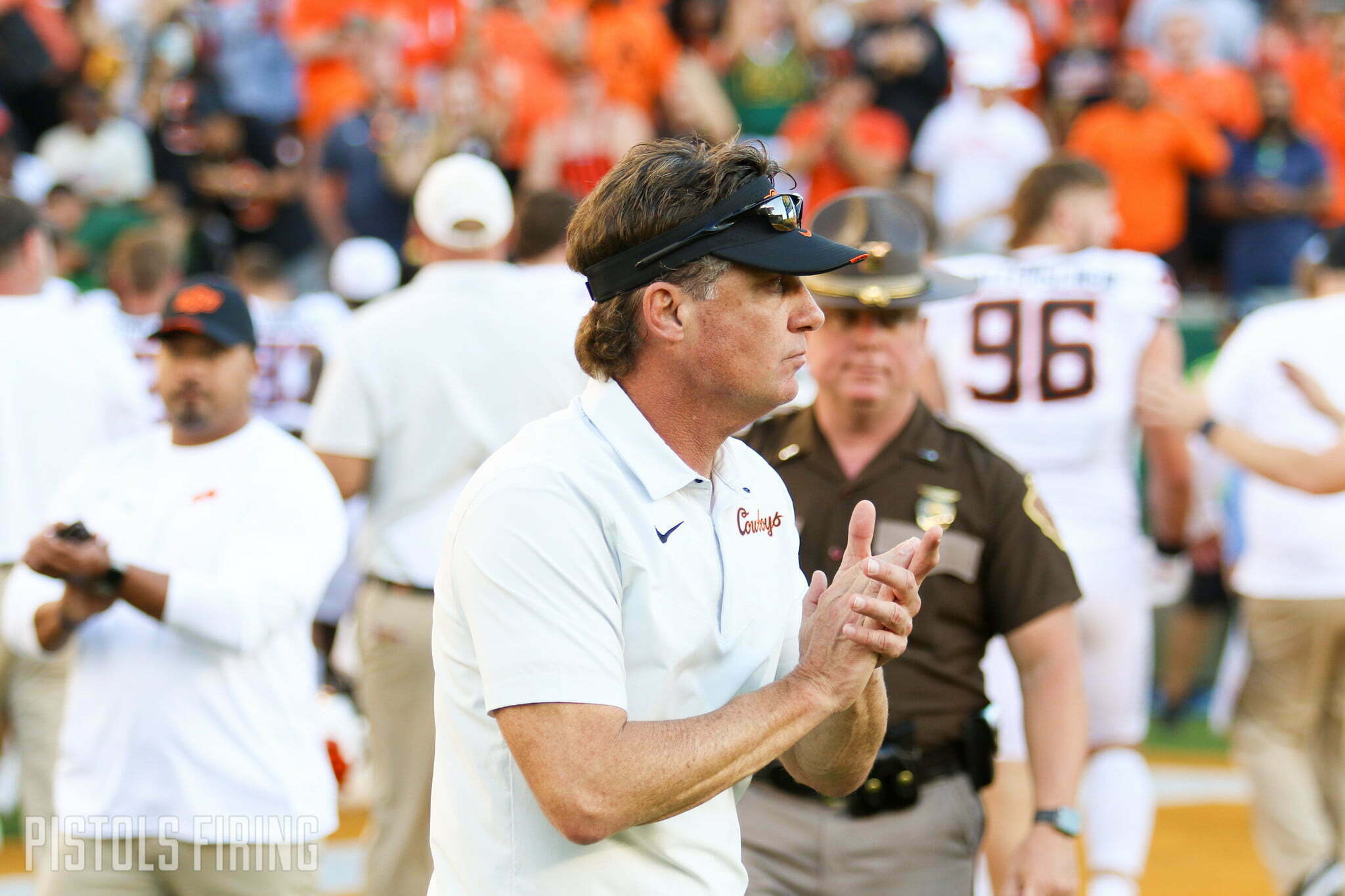 The Cowboys are in need of a bounceback after suffering their first defeat of the season, a double-overtime loss to TCU. Standing in their way is a Texas Longhorns squad that’s won three straight following a 2-2 start. On the line is a chance for each to remain in the Big 12 title hunt.

Let’s look at three questions that the Cowboys will need answers to if they are to get back on the winning track.

1. Can the Cowboys Contain Bijan Robinson?

The Big 12’s leading rusher is coming off of his fifth-straight game of at least 100 yards. Against Iowa State on Saturday, the Big 12’s top rushing defense, Robinson carried it 28 times for 135 yards, good for 4.8 yards per carry.

While the Cowboys rank seventh in total rushing offense allowed, they have at least been decent at not letting backs go off on them. TCU’s Kendre Miller joined Arizona State’s Xavazian Valladay as the only two rushers to hit the 100-yard mark against the Pokes this year. Of course, neither of them are Bijan Robinson.

Robinson is the motor that makes Texas run. The Cowboys need to do a good job of bottling up him, and the Longhorns’ offense, on early downs if they want to get off of the field consistently.

2. Which Quinn Ewers Do They See?

It’s very early in his career but Quinn Ewers has already become a polarizing figure. That type of pressure comes with being a former No. 1 prospect, all the NIL dollars and the mullet. But you don’t need any of that to be prematurely anointed a savior by a blueblood fanbase that’s been particularly devoid of A-list passers over the decades.

The Longhorns are 3-1 when Ewers starts, with that loss coming to Alabama. He left with a shoulder injury after the opening drive. He looked the part of a franchise QB when he dismantled the Sooners’ defense two weeks ago. Then he came back to earth against Iowa State missing a couple of key throws that could have made UT’s win much more comfortable.

The Cowboys lead the Big 12 in sacks per game, and they need to play to their strengths on Saturday. For all of Ewers’s strengths as a pocket passer and playmaker, he’s still a rookie and can be bothered. OSU’s defensive front can limit his success by getting after him early and often.

3. How Do the Cowboys Bounce Back?

Now we’ll see what the Cowboys are made of. A second loss likely excludes OSU from back-to-back trips to Arlington. Or at least it makes the road much more difficult.

We’ve seen some warts show up for OSU over the first six games of the season: lack of experience in the defense’s back end, inconsistency rushing the football and, at times, the inability to punch it in at the goal line. OSU has also dealt with injuries in key positions, not least of which along its O-line and apparently at QB.

How many of those weaknesses the Cowboys can figure out, and how quickly, will determine how they fare over the next six games to end the season.