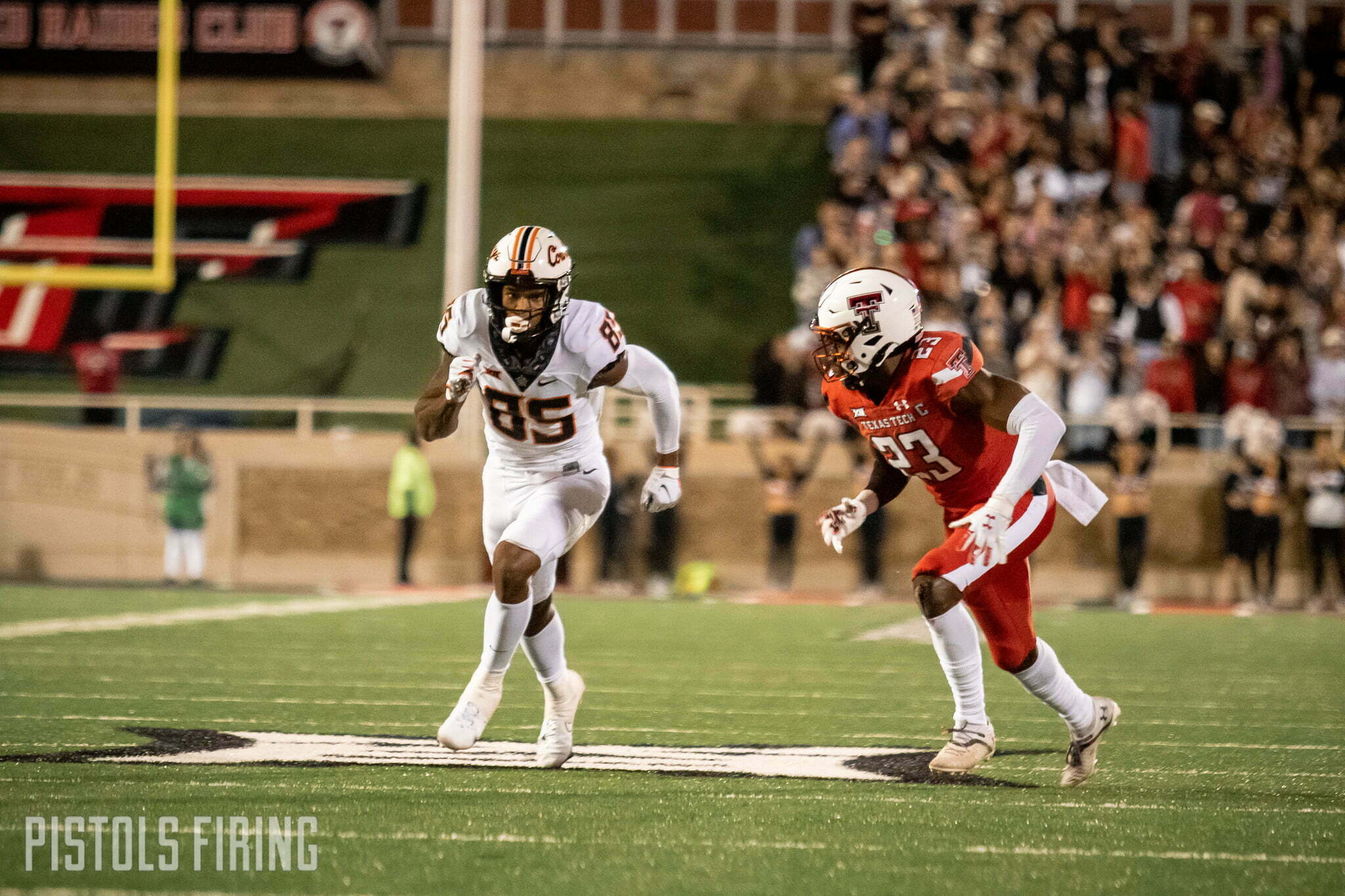 The Cowboys host the Red Raiders this Saturday with a chance to move to 5-0 on the year and 2-0 in league play. The last time OSU and Texas Tech squared off, the Pokes won in a shutout. There’s strong evidence to indicate that won’t be the case this Saturday.

Here’s a look at three burning questions that need to be answered for Saturday’s matchup in BPS. And since it’s OSU and Tech, let’s keep them all in the passing game.

Will We See Jaden Bray’s Debut?

The Cowboys have approached their receiving production by committee so far in the early goings of 2022 with five different receivers totalling at least 100 yards and eight different Cowboys catching a touchdown pass. But OSU could gain another touted pass-catcher that should figure into the receiver hierarchy if Jaden Bray is able to finally make his debut.

Bray showed flashes of his big-play ability last season and was meant to be a key target for Spencer Sanders before a hand injury sidelined him. After his second week practicing, it looks like OSU fans might finally get to see him this Saturday.

Can OSU Slow Down the Red Raiders’ Passing Attack?

Coming into Saturday, Texas Tech ranks first in the Big 12 in passing offense (and fourth nationally) at 362 yards per game. That’s almost 50 yards per game better than OSU, the league’s second most pass-happy team. And the Cowboys rank dead-last in passing defense in the league (No. 122 in the FBS) allowing 285 yards per game.

If there’s a weak area for the Cowboys’ defense it’s on the back end, specifically showing up in a propensity to give up big plays. Against Baylor, the Cowboys allowed 10 passing plays of over 15 yards, including a 28-yard catch-and-run and both 49- and 70- yard touchdowns. Meanwhile Tech is leading the country in passing plays over 10 yards.

Two different stat sources mean two different definitions of “big plays” but you get the point. The Cowboys can get burned, and no group of receivers has burned more defenders than Texas Tech’s this year.

Mike Gundy acknowledged that his back-end defenders are making strides but that this will still be a focus for Tech.

“This will be a different challenge this week,” said Gundy. “This team is throwing it 60-ish times a game, so a different look for our defense. Last week we played a group that was more power-running, misdirection passing, play-action passing. These guys want to play fast. They are going to spread out and throw it 60 times, try to throw the ball out in the flat.”

Can the Cowboys Force Donovan Smith into Errors?

If there is a weakness in the Raiders’ passing game, it’s Donovan Smith’s tendency to be careless with the football. Through five games, Smith leads the conference in passing yards and attempts, but also in interceptions. He is third in interceptions nationally.

Cowboys are double-digit favorites over the Red Raiders