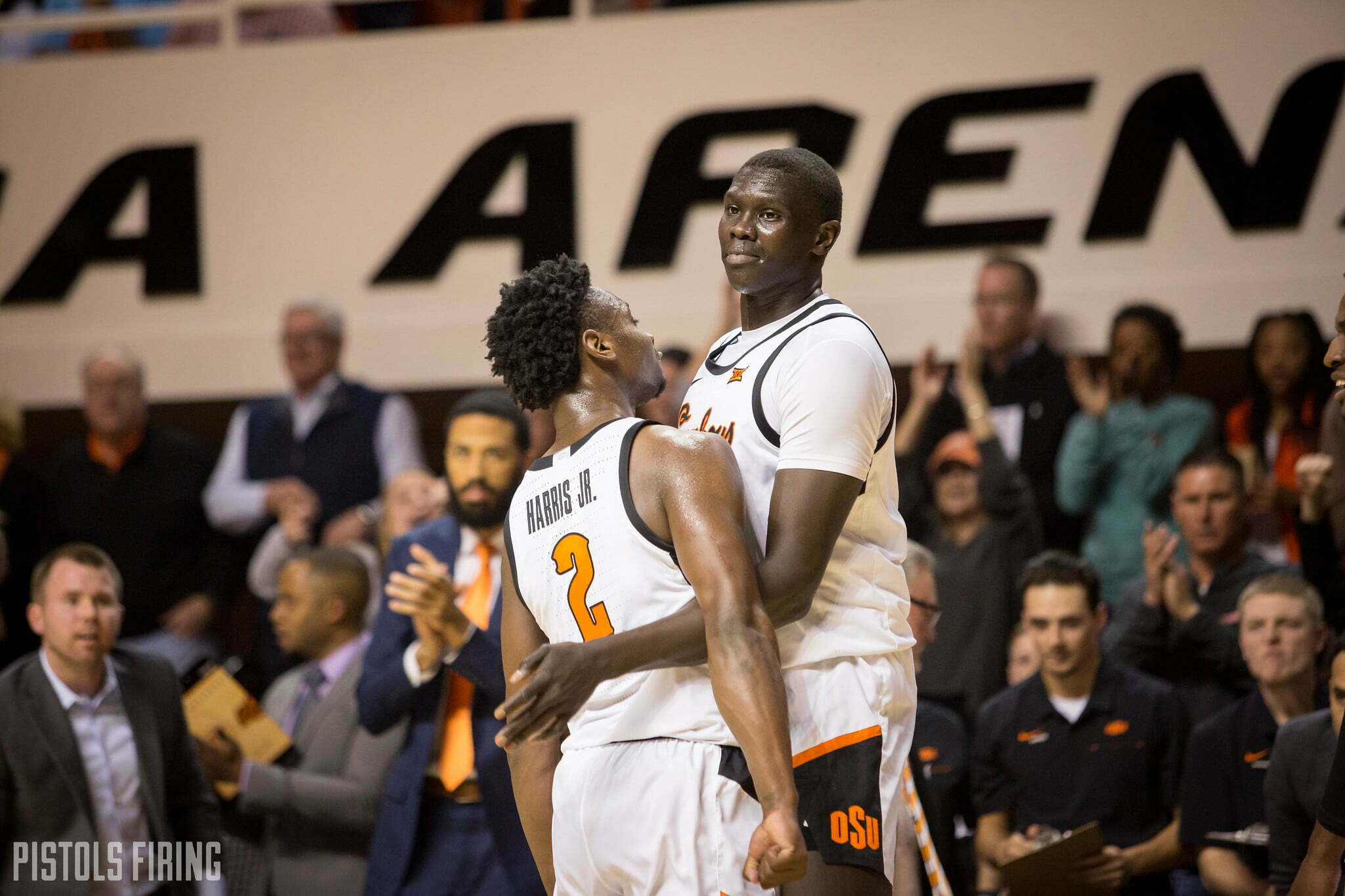 The Cowboys survived a tough nonconference schedule and looked good doing it.

With a nonconference schedule’s worth of data, we thought it’d be a good time to lay out some keys to Oklahoma State’s success this Big 12 season, and here they are.

There was an argument to be had going into this season about who OSU’s best player was.

Was it Lindy Waters? Yor Anei? Isaac Likekele? Cam McGriff? After the four-game stretch Likekele missed with an illness, I think that would-be argument can be put to bed. It’s Likekele. It’s obvious that OSU’s offense will and should flow through its sophomore point guard.

Likekele, who won gold at the FIBA U19 World Cup this summer in Greece, is at the top or near the top in most statistical categories for the Pokes. He’s top in points per game, assists, steals and field-goal percentage.

The Cowboys should, and probably will, lean on Likekele throughout this Big 12 slate because we’ve seen how south things could go without him involved.

2. Keep Yor on the Floor

Hidde Roessink and Kalib Boone provide the most center depth OSU has had in a while, but Yor Anei has as big an influence on OSU’s success as anybody not named Isaac Likekele.

Here is a look at Anei’s per game averages in OSU’s wins compared to his stats in OSU’s losses:

Foul trouble will always be an issue for shot blocking big men, so it’s going to happen. It’s more a matter of when his fouls happen. Early fouls have been a killer for Anei at times this season.

He fouled out of two games this year, against Georgetown and Wichita State. OSU was without Likekele in both of those games, an believe it or not, Likekele can help with Anei staying out of foul trouble.

Likekele is a solid defender with his length, so if fewer guards are driving the lane forcing Anei to help and get caught, he will have fewer fouls.

“Ice is a guy who, he’s hard to beat off the dribble,” OSU coach Mike Boynton said. “We don’t have to play in rotation as much because (Likekele is) our best on-ball defender. Avery (Anderson) is good, just physically people still people can still get into his body and take advantage of him sometimes. Ice can hold his own and keep a guy from getting in there. It takes Yor out of position when he has to rotate as much.”

3. More Consistent Rebounding Can Put This Team over the Edge

Rebounding is something that every team could point to as a big deal, but it might be especially true for this group.

When outrebounding foes this season, the Cowboys are 6-0. When getting outrebounded, they’re 2-3, and they’re 1-0 when equaling their opponent’s rebounds.

So, OSU has outrebounded just half of its opponents this season. It’s not horrible considering how solid the Pokes’ nonconference schedule was, but improving in the area could determine whether or not this is a tournament team.

Take OSU’s 7-point loss to Georgetown as an example. The Cowboys were outrebounded 43-29 in that game. If OSU could’ve made that a 36-36 game in terms of rebounds, the Cowboys likely would’ve beaten Patrick Ewing’s squad, even without Likekele.

Sometimes people talk about rebounding too much in micro terms, when macro probably is a better way to look at it. Defensive rebounds are easier to get than offensive, so too small a sample size could be overblown by a cold shooting stretch. But it’s still incredibly important no matter what sample size is examined.

The Cowboys are sixth in the Big 12 in rebounding margin at 1.8. They aren’t going to outrebound every conference rival this year, but if they could get that to third or fourth, things should look up.