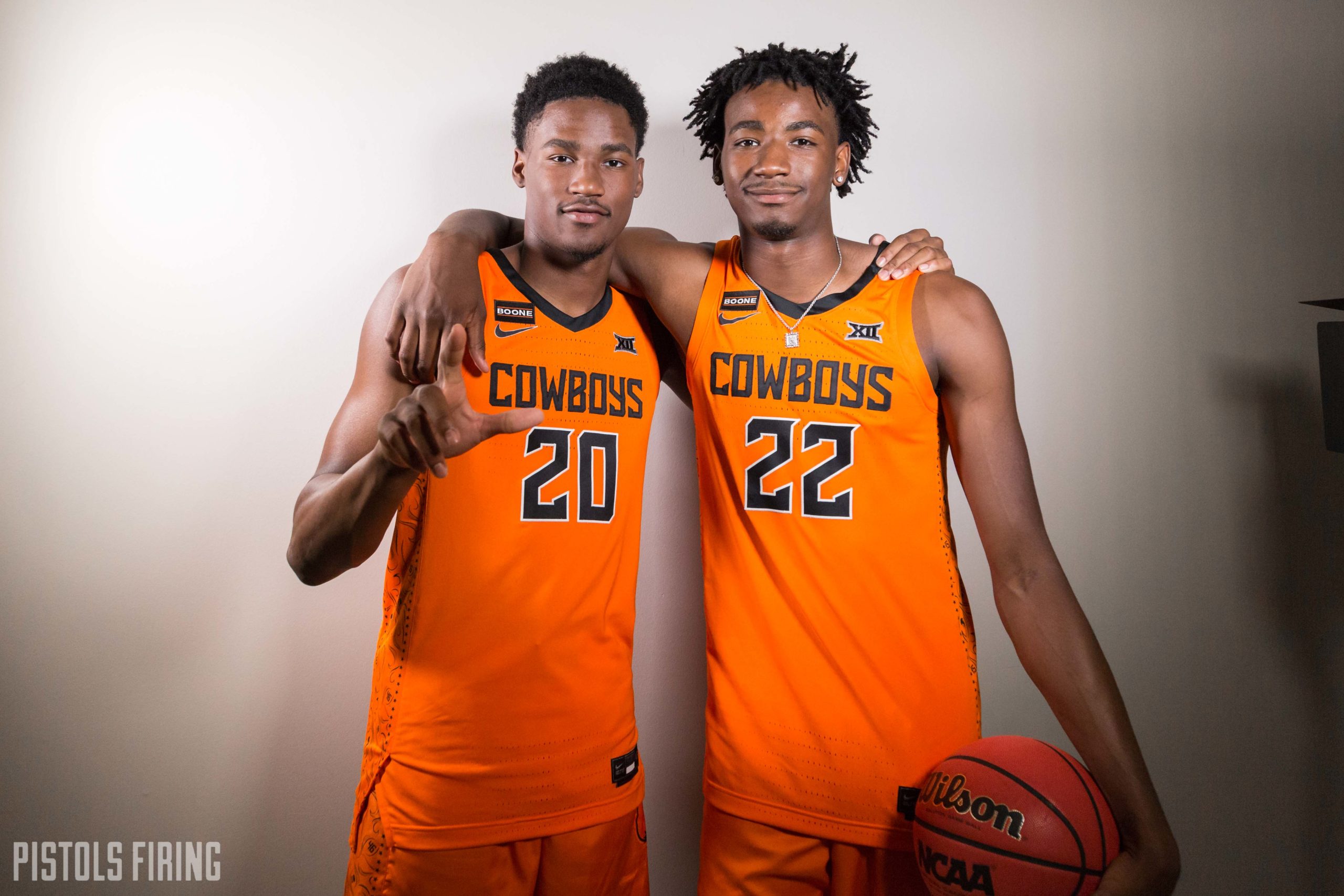 OSU basketball next season will go as Cade Cunningham goes. If he’s as good as advertised (he is!), we’re in for a treat. If not, then maybe we aren’t.

But in basketball, a team is only as good as the sum of its parts. Cade wrecking shop in the Big 12 will be fun to watch, but it’d be decidedly less so if the parts around him aren’t quite up to his level. He can average 30 and 10 every night but if he has no help — if Kalib Boone struggles with fouling, if Ferron Flavors loses his shooting, etc. etc. — it could be gross.

I’m banking on Cade being awesome because, honestly, it’s inevitable like Thanos. So operating under that assumption, here are three (non-Cade) players who will be key to OSU hoops thriving in 2020.

The importance of Kalib Boone not only taking a developmental step this offseason, but of him becoming the guy down low, is heightened now that Yor Anei has announced his intentions to transfer. He will be the starter down low for OSU when it opens the season.

He showed flashes of greatness last season but it was marred by a high foul rate. He bit too often on pump fakes and didn’t show much restrain, sometimes going for the highlight-reel swat as opposed to making the right defensive play.

I’m betting he figures this out, either with a year of experience under his belt or by trial through fire. OSU’s size is a real concern and he’s the only returning player who is at least 6-foot-9.

Because of that size problem I mentioned above, Alexander Moncrieffe might need to be a weapon OSU uses at a position it may not want to use him at. He’s a combo forward who can play on the perimeter and makes plays with his ball-handling, but there’s a world in which he plays power forward next season in small-ball lineups, with him at the 4 and Kalib Boone at the 5.

Part of the thought of that is troubling, but part is exciting. He’ll be a real threat to make plays off the bounce in ways other power forwards who have come through OSU in recent years simply haven’t been.

There will probably be a lot of early trial and error with Mike Boynton with respect to the roster makeup. Can Keylan Boone play the 4 and Kalib play the 5? Can they go Alexander Moncrieffe at the 4 and Boone at the 5? Can Ice play center?

There’s a lot of questions and not a lot of answers, but a heckuva lot of potential.

It seems likely that Isaac Likekele will play the 2 and Cade will run point to start the season, but I’m endlessly fascinated by Ferron Flavors, the Cal Baptist graduate transfer whose sole job upon arrival is going to be to knock down 3s. He’s a floor-spacing luxury, and an ideal fit alongside Cade Cunningham.

Where’s his role, though? I have no clue. He has good-enough size to play at the 2 or the 3, but Likekele, Chris Harris Jr. and Avery Anderson probably need to soak up roles, too.

All I know is that if he shoots the way he did at Cal Baptist he’ll be impossible to keep off the floor. He hit 43.9% (!) of his 212 3-point attempts last season, and rated in the 99th percentile as a spot-up shooter, per Synergy. 3-point shooting was an area OSU needed to improve in after last season, and Flavors should bolster that mission.

The challenging part is projecting how his leap from Cal Baptist to OSU will go. Remember, Jonathan Laurent was brought in from UMass to serve in that role, and he finished fifth on the team in 3-point shooting, hitting only 26.5% of his attempts last season.

It’s impossible to know if that will immediately translate from the WAC to the Big 12 but OSU’s success next season may rely heavily on him finding his footing early.