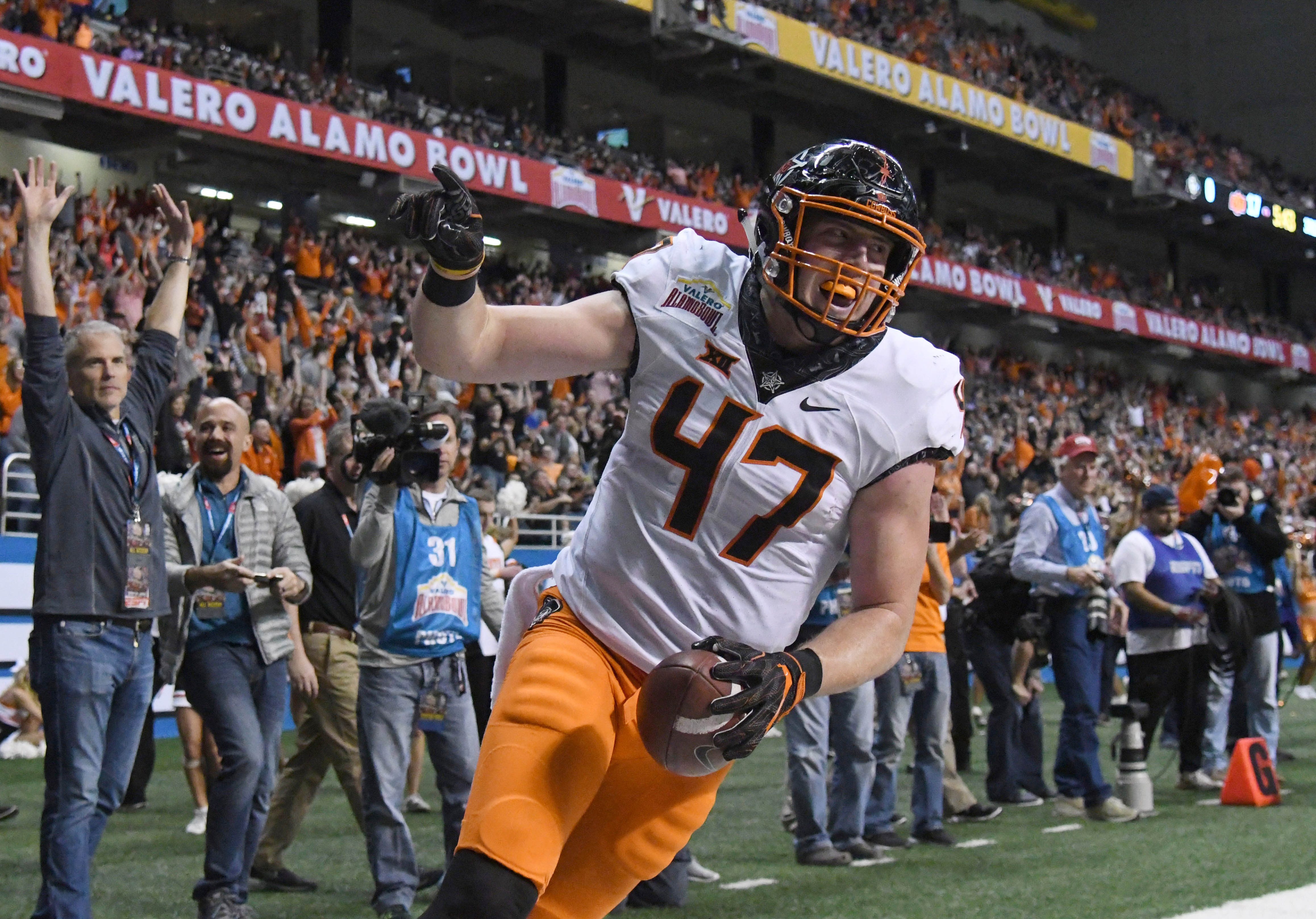 The 2017 East-West Shrine Game is this Saturday in St. Petersburg, Florida, and three Oklahoma State players are participating. Cowboy back (tight end?) Blake Jarwin, offensive lineman Victor Salako and cornerback Ashton Lampkin will all be playing for the West squad in the game which will be televised on the NFL Network at 3 p.m.

Jarwin and Co. have been practicing in Florida as they try and show their stuff to NFL scouts and coaches during the week-long festivities.

This not one of the elite postseason games (Jordan Sterns actually dropped out because he was named to the Senior Bowl), but it can be a harbinger of things to come if you’re one of these players.

More than 90 players from last year’s game signed with professional teams this spring, and more than 70 made final NFL rosters. On average, more than 265 East-West Shrine Game alumni are on NFL rosters each year.

Here are the full rosters (Wes Lunt will be there!) Thanks to NJ.com for the assist and Kade Drummond for the ida.