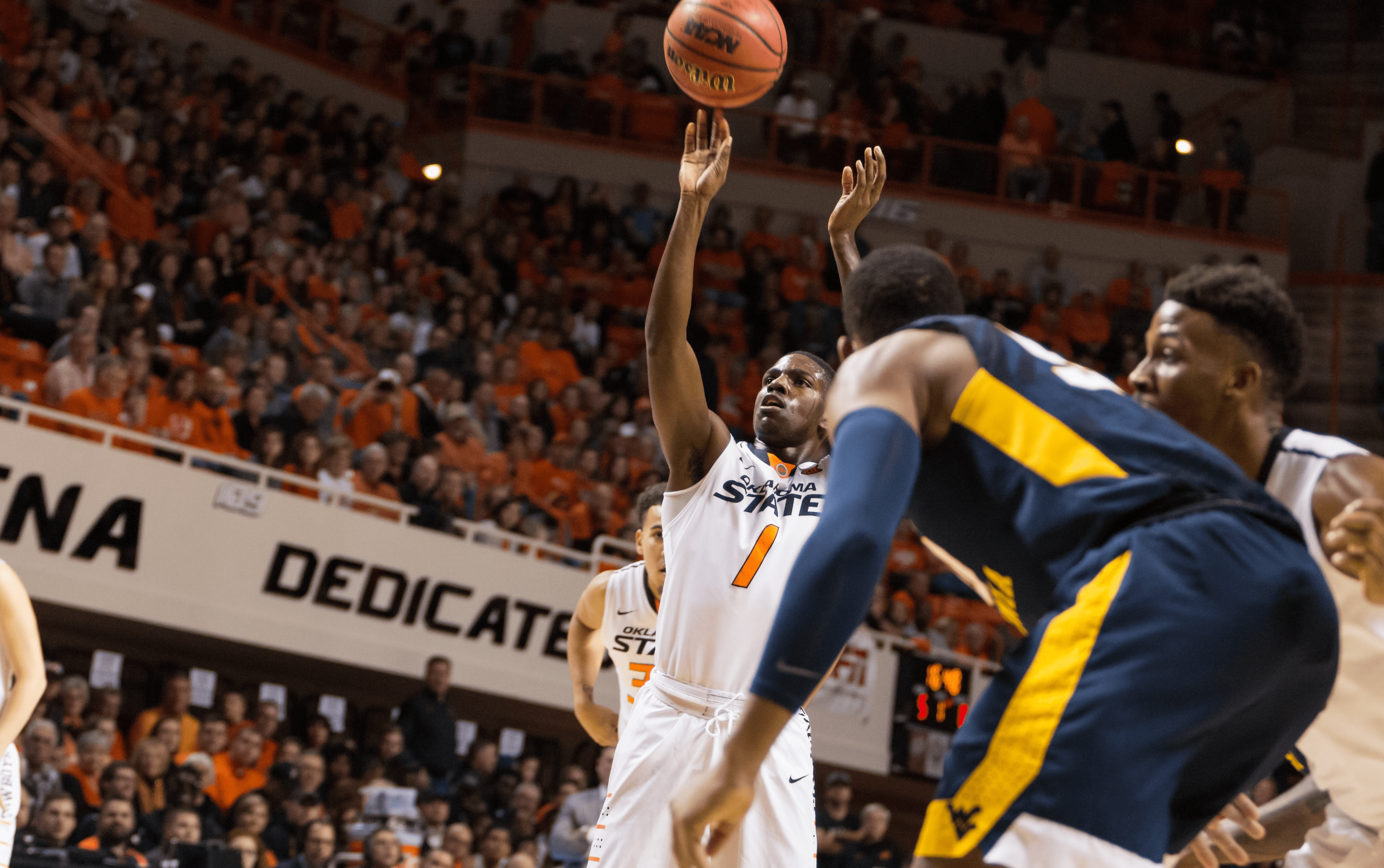 It’s time for Bedlam round one on Big Monday followed by a long week of planning to escape the press in Morgantown on Saturday. The Cowboys are playing some really solid basketball having not trailed an opponent over the last three games.

Let’s take a look at what’s going on beneath the surface.

1. Getting to the Line

Looking over the last nine games, there’s something the Cowboys can do that gives them a significantly better chance to win: hitting 20 free throws.

Throwing out the West Virginia game (shock value of conference play) the Pokes have hit the number in four games: against K-State (20) then the last three games (Arkansas 24, TCU 20, Texas Tech 28). The Cowboys have been doing a great job of attacking the basket lately.

In losses to Kansas, Iowa State and Baylor, the Cowboys knocked down 11 free shots and 19 in a loss to Texas. Much has been (rightly) made of the shift in defensive philosophy, and other things have been out of this world in recent wins (24 assists against Arkansas, 69 percent three-point shooting against Texas Tech) but consistently getting to the foul line when you’re the top free throw shooting team in the league (77 percent) is an easy way to get ahead. OSU is one of the top Power Five teams in the country in Free Throw Rate (explained here).

Flash back to late December, all were feeling semi-guarded but still confident going into league play after a nice win over Wichita State and other encouraging signs (Jawun-less W over Tulsa, spanking Georgetown and an own goal away from beating Maryland on the road).

Huggy Bear’s ferocious pressing attack and high scoring offense were coming and it felt like an early day of reckoning for Underwood’s Cowboys. Well, that didn’t turn out as well as we had hoped. OSU turned the ball over 19 times leading to easy buckets for the Mountaineers, the frazzled Pokes went cold from deep early on and the harsh realities of life in big league basketball set in.

But here we are in late January with a team that’s taken some blows (#Big12Refs in Lawrence and losing the last five minutes of too many games) and is now emerging with some momentum and confidence. The West Virginia Coliseum is pretty securely in the second tier of Big 12 road environments (behind the Phog and Hilton) and the Mountaineers are still the best at forcing turnovers in the country.

Having slayed the dragon that was a 17-game league road losing streak in Lubbock, how will the Cowboys handle WVU? Losing this game won’t doom the Cowboys to the bottom, but a win would point to an upper-middle finish.

OSU has one McDonald’s All-American on the roster and he’s a pretty talented one. After averaging 27 points per game in non-conference, he slowed down in Big 12 play. But he’s playing some pretty darn good basketball lately, and he’s about to play a team he lit up for 42 the last time they met.

Last week, he stayed out of the foul trouble and that was a great start.

“This game I just tried to stay out of foul trouble,” Evans said. “I tried to play defense with my feet and not my hands.”

Something else he’s been doing well is tweaking that assist to turnover ratio in all the right ways. Over the last two games, he’s dished out eight assists to only one turnover each game. He’s shooting 50 percent or better from the field and three-point line.

Jawun Evans' 27 points tonight were his most since the North Carolina game. One turnover is fewest since Georgetown game. #okstate

When you talk about the No. 2 team in the country in offensive efficiency, a massive part of that is this guy who has one of the highest usage rates in the country (32 percent of possessions). OU’s best player is junior point guard Jordan Woodard and West Virginia’s point guard  Jevon Carter leads the league in steals, we’ll see Jawun against some more solid competition this week.

The #OKState Highlight of the night — this monster dunk from Davon Dillard (@DDillard24) & great assist/handles by Jawun Evans (@j3vans1_). pic.twitter.com/dCNNHQe3n7