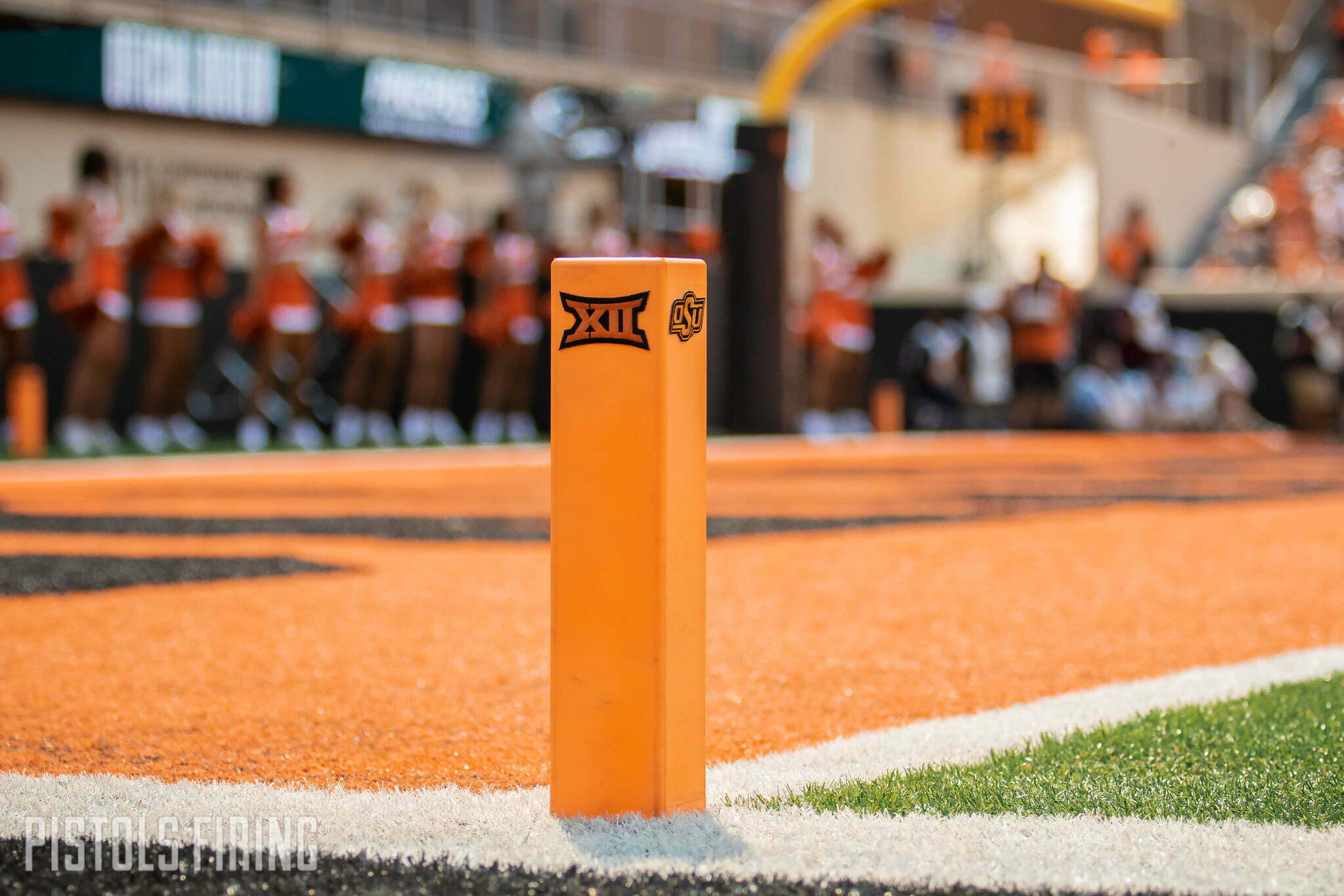 Lance Leipold was put in a near impossible spot this offseason after taking over at Kansas in late April following spring ball.

The Jayhawks are 1-6 on the season and have dropped six straight games, but they were able to keep things respectable against Oklahoma this past weekend. Leipold met with reporters Tuesday ahead of KU’s trip to Stillwater. Here are three things he hit on.

Oklahoma State’s past four recruiting classes have finished, on average, 27 spots better than Kansas’ in the national rankings.

That tends to be the case in a lot of games the Jayhawks play, so physicality often tends to be an issue for KU. That’s something Leipold hit on Tuesday when he was asked about the Cowboys.

“Big and physical, balanced — excellent football team,” Leipold said. “Been a lot of years since I’ve been down there, but it’s an excellent environment. Fans are right on top of you. Well-coached. By the time I left here on Saturday, I was able to catch part of the third or fourth quarter. … Saw some guys making some big-time plays and catches or them. Excellent quarterback, but again, when you look at them statistically, to me, they’re a lot what we want to be and that’s a balanced football team that’s physical up front on both sides of the ball. It’ll be a big challenge for us.”

North Texas transfer Jason Bean has started all of the Jayhawks’ games this season, but some of that was called into question after KU’s 41-14 loss to Texas Tech.

But Bean reaffirmed his position as the Jayhawks QB1 on Saturday went he led a gutsy performance against the unbeaten Sooners, going 17-for-23 for 246 yards and a touchdown. He also ran for 59 yards.

Bean, Kendrick and Jalon Daniels have all gotten snaps this season, but it doesn’t look like Kendrick or Daniels will usurp the transfer as KU heads to Stillwater.

“A week ago we say in here and you’re essentially asking but not asking if we’re contemplating a change, and he goes out and plays his best game yet,” Leipold said. “We challenged him, and we knew he needed to play better for us and for himself, and I’m really proud of the way he responded.”

3. Building Blocks in a Loss

The Jayhawks played the No. 3 team in the country tight last weekend, but the record books will still show an L next to that game.

Entering that game, the Jayhawks had lost their previous five games by an average of 32.6 points, so the 12-point defeat to an unbeaten team might be viewed as some sort of moral victory. But, the fact that KU enters Saturday’s game against Oklahoma State 1-6 isn’t lost on Leipold.

“You hope it’s a building block, but again, we lost the game,” Leipold said. “You can’t lose sight of that, sometimes. … I want to acknowledge the positive, but what could have been, too, and really what we’d be talking about. It’s really what happens here the rest of the way. Yeah, we lost. We’ve lost six straight, but you got out today and you’ve got a little bit more confidence and you’ve got a little bit more enthusiasm about going because results start happening a little bit better. Those are building blocks, but we play another excellent football team on the road.”