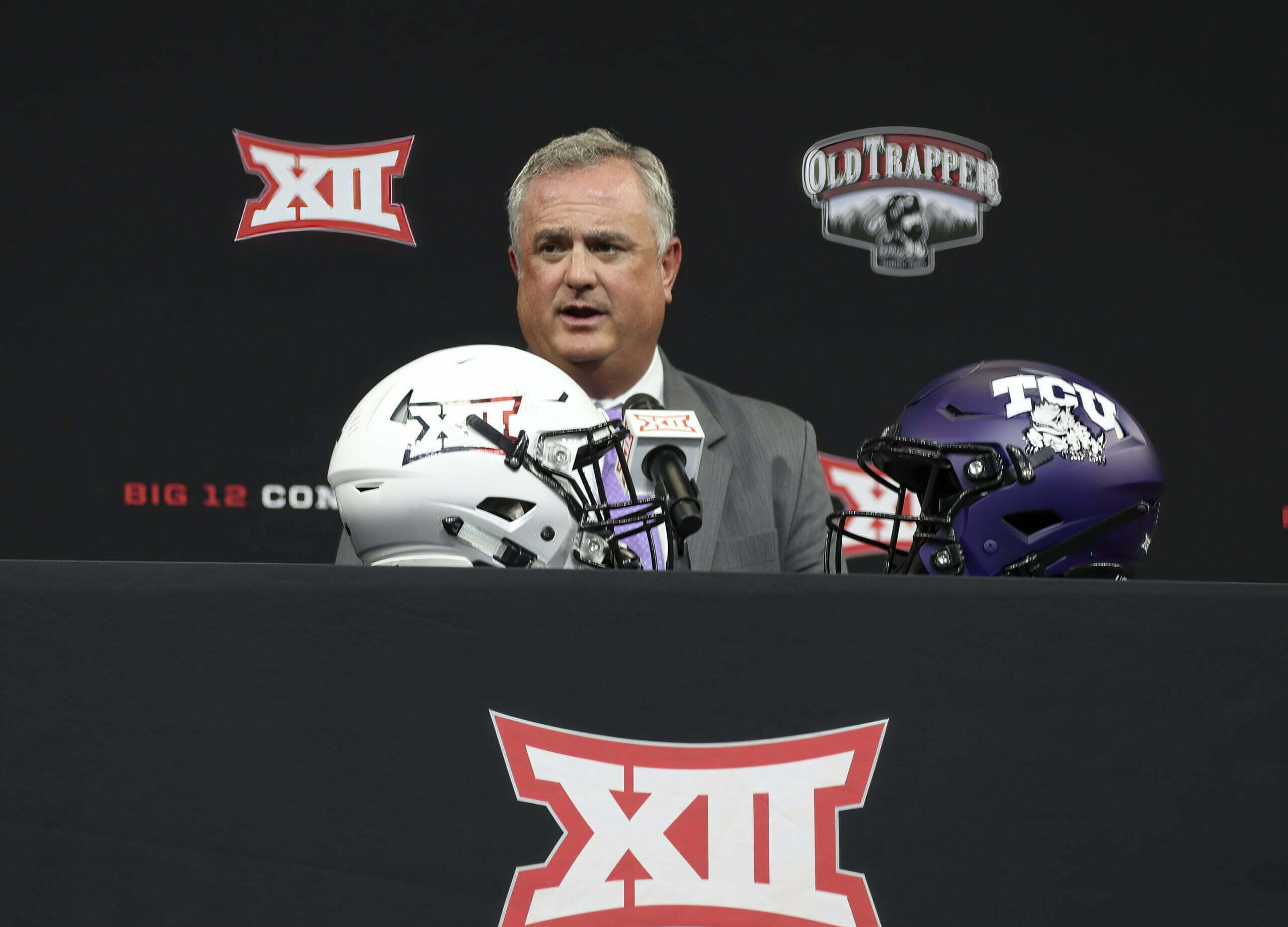 Sonny Dykes moved across the DFW metroplex and is off to a roaring start with at TCU.

Dykes’ Horned Frogs are 5-0 in his first season and play in a Top 15 matchup with Oklahoma State this weekend at 2:30 p.m. in Fort Worth. Dykes held his weekly media news conference on Tuesday. Here are three things he said.

1. Spencer Sanders Has the Ability to ‘Make All the Throws”

Whenever most opposing coaches start talking Spencer Sanders, they start with his legs — not Dykes.

Dykes talked more of Sanders improved decision-making and arm talent when asked about him.

“Every year you see him improve,” Dykes said. “He’s gotten better taking care of the football. That’s the biggest thing you look at, you say, ‘OK, every year seems to me he’s improved his ability to not turn the ball over and take care of the ball.’ More certainty in his decision making. When you’re playing with the confidence as a quarterback, the ball comes out faster, it’s a little more precise. You can tell he’s played a lot of snaps. You can tell he’s had a lot of success. Very certain where he wants to throw the ball and certainly has the ability to make all the throws.”

Dykes spoke highly of the Cowboys’ defensive front and its ability to disrupt offenses.

But on a more macro level, Dykes praised the Cowboys’ schemes and ability to cover weaknesses of the defense.

“They just have a good scheme,” Dykes said. “They know what they’re doing, and they know their weaknesses. Like, when they’re blitzing and doing things, everybody’s got a weakness, and they know how to cover those really well. It’s hard to say, ‘OK, we’re gonna do this when they do that,’ because they’ve got a counter for you, and they make it hard for you to play that game of chess.”

OSU will be without safety Kendal Daniels in the first half of Saturday’s game after a targeting call last week, but the Horned Frogs are a little banged up at that position, as well.

Millard Bradford left TCU’s game against Kansas last weekend with a leg injury, but Dykes said he anticipates Bradford to be back on the field this weekend.

“He didn’t practice [Tuesday],” Dykes said. “He’s probably going to practice [Wednesday] is my guess. I think he’s a little banged up, but we anticipate him to play Saturday. At least, that’s our plan right now.”

A 5-foot-11 senior, Bradford leads the Horned Frogs in pass breakups this season with four. He also has 17 total tackles on the season.