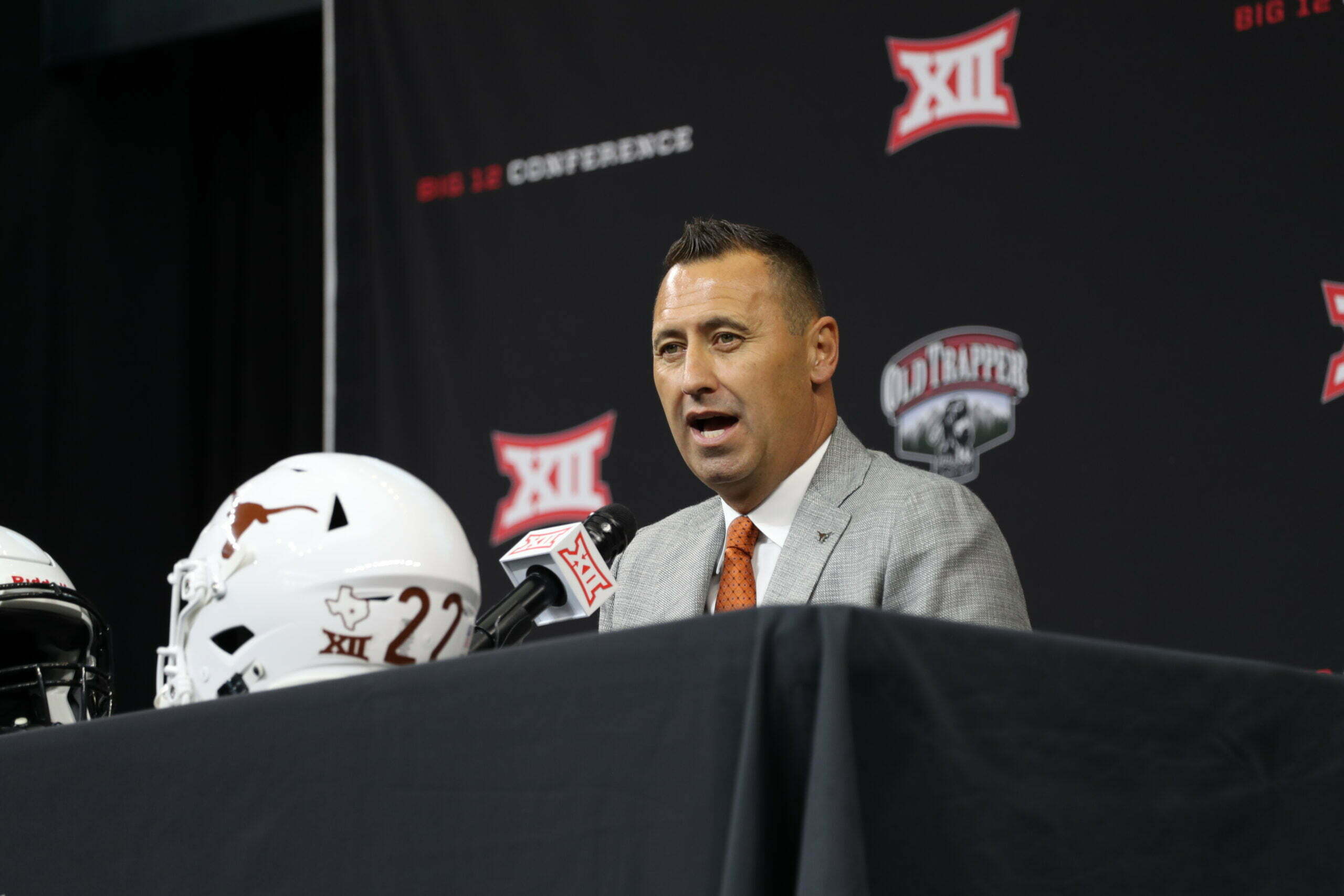 Texas coach Steve Sarkisian will make his first trip to Stillwater this weekend, and it will be for a game with major Big 12 title implications.

Sarkisian held a news conference on Monday to discuss the No. 20 Longhorns’ game against No. 11 Oklahoma State, which takes place at 2:30 p.m. Saturday in Boone Pickens Stadium. Here are three things he said.

Whether it’s playing hurt like he did Saturday or the primal yells he let out after his first touchdown run against the Horned Frogs, Sanders puts it all out there. That’s what stands out most to Sarkisian.

“What I see out of Spencer Sanders, and this is the ultimate compliment, I think he is an elite competitor,” Sarkisian said. “This guy has got a fire inside of him that is clear. You don’t have to look for it. I think it burns inside of him. He’s gonna do whatever he has to do to help his team try to win — run it, throw it, motivate, go tackle a guy, go block a guy. He’s a winner. He’s got it. He’s an impressive young man, and you can tell he is the leader of that team and you can see the guys rally behind him.”

Sarkisian also mentioned a moment after Saturday’s game that, to Sarkisian, proves just how highly Sanders’ teammates care about him.

“I noticed something Saturday watching their game that I thought was a pretty special moment,” Sarkisian said. “They lost a tough game. That was a tough loss. But as soon as that game was done and their crowd went to rush the field, he had two or three offensive linemen get around him to make sure nobody could get to him as they got to the locker room. To me, that’s a sign of a guy who’s got the respect of his teammates that they’ll do anything to protect him. Cool competitor. Love what he does. Looking forward to competing against him.”

Derek Mason was tasked with the tough test of replacing Jim Knowles and trying to recreate one of (if not the) best defenses in Oklahoma State’s history.

Saturday won’t be Sarkisian’s first run-in with Mason, as the two faced each other when Mason was at Vanderbilt and Sarkisian was at Alabama. Having seen Mason’s previous defenses and OSU’s defense last season, Sarkisian said he sees some old and new with the Cowboys’ 2022 unit.

“They obviously had a tremendous defense last year, and I’m sure before I got here, but last year most notably with Coach Knowles and what they did,” Sarkisian said. “They had really good players, veteran players. They had a really good scheme. I got a lot of respect from Coach Mason. He’s been doing it for a long time, and I think he came in with his expertise at defensive football. I think he adopted a lot of what they did, but you can definitely see his fingerprints on it, as well.”

Sarkisian also has experience at the NFL level, and when asked if he has ever seen parity to the extent that the Big 12 has this year, the men’s league is what he pointed to.

Sarkisian spent the 2004 season as the Oakland Raiders’ quarterback coach, and he spent the 2017 and 2018 seasons as the Atlanta Falcons’ offensive coordinator.

“NFL would probably be the closest,” Sarkisian said. “I feel like every game on Sunday afternoon comes down to the last drive or a field goal or somebody trying to ice the game out. But, it’s a great conference. There’s a bunch of really good coaches and a bunch of really good players that compete at a really high level. You never turn on a tape and feel like, ‘this team laid down.’ Everybody battles and competes. Everybody’s fighting for it. Everybody’s got really good homefield advantages when they’re at home. There is a lot of parity and there’s a lot of football left to be played in our conference. I think the key to the drill is one game at a time. I know that’s an old coaching adage. How we look at it, this Saturday’s another championship game.”