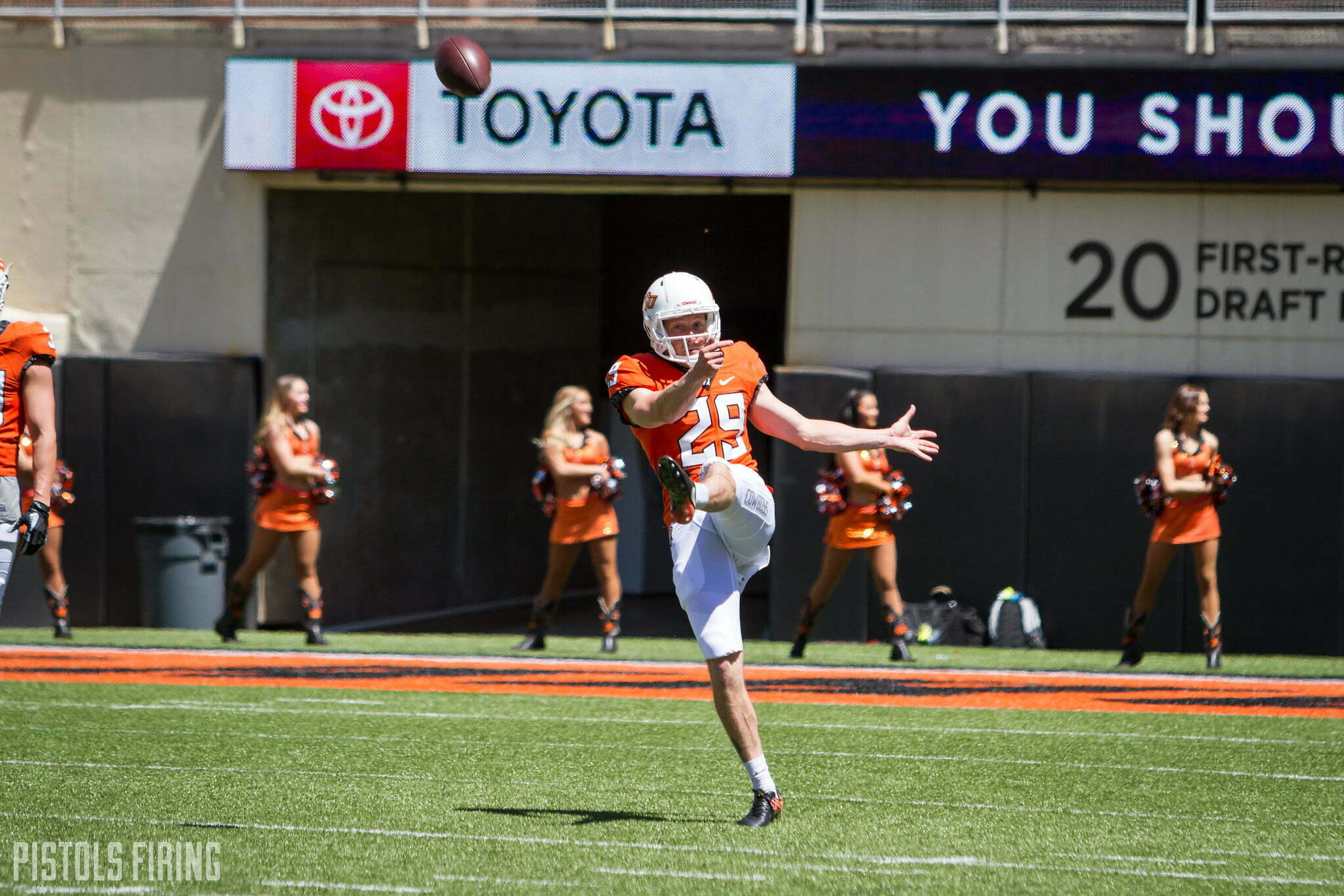 The true freshman who might make the most impact for the Cowboys this fall is 29 years old.

Tom Hutton, a punter from Newborough, Australia, is one of the latest in a line of Aussie punters coming stateside through Prokick Australia. The Prokick Academy takes former Aussie rules and rugby players and teaches them the intricacies of American football in hopes of getting them a scholarship.

At signing day this year, OSU coach Mike Gundy said his new punter worked at a paper mill before coming to the states for spring ball. Now he’ll punt in front of 60,000 people in Boone Pickens Stadium this fall despite not having played in an actual American football game before.

Prokick Australia has produced five Ray Guy award winners since its founding in 2007. Those Ray Guy awards came in five straight seasons from 2013 to 2017. For what it’s worth, three of those awards were from punters named Tom, so maybe Hutton can add his name to the prestigious list of Toms while at OSU. Former Memphis punter Tom Hornsey won the award in 2013, and former Utah punter Tom Hackett won the award in 2014 and 2015. OSU has one Ray Guy award winner: Matt Fodge in 2008.

The academy has also produced 17 All-Americans (!!), per its website. The secret of the Aussie punter is well out, as the Prokick site states that 75 Prokick alums have gotten scholarships or contracts in the United States.

Michael Dickson is one of the most recent Prokick darlings. Dickson went to Texas before getting taken in the fifth round of the 2018 NFL draft. Dickson was a Pro-Bowler in his rookie season.

OSU fans might remember Dickson’s dominant performance against the Cowboys in 2017. In OSU’s 13-10 OT win, Dickson punted 11 times for 560 yards. Five of his punts were downed inside the 20, and he had six punts longer that 50 yards, with his longest being 66 yards.

“When we walked off the field, I told our recruiting guy and I told our specials teams guy, who’s no longer here, we need to find a punter like that,” Gundy said on signing day. “So, they got in touch with the kicking academy over there in Australia.”

The San Francisco 49ers used their fourth-round pick this year on a Prokick alum. The 49ers took Mitch Wishnowsky 110th overall in the draft. That’s three picks before the Ravens took Justice Hill.

Hutton is one of four Prokick punters on Big 12 rosters heading into the 2019 season. He joins Iowa State redshirt junior Corey Dunn, Texas sophomore Ryan Bujcevski and TCU freshman Jordy Sandy. Here is what Dunn and Bujcevski did compared to OSU’s two primary punters in 2018.

Here’s a cool piece ESPN did on Prokick a few years ago.