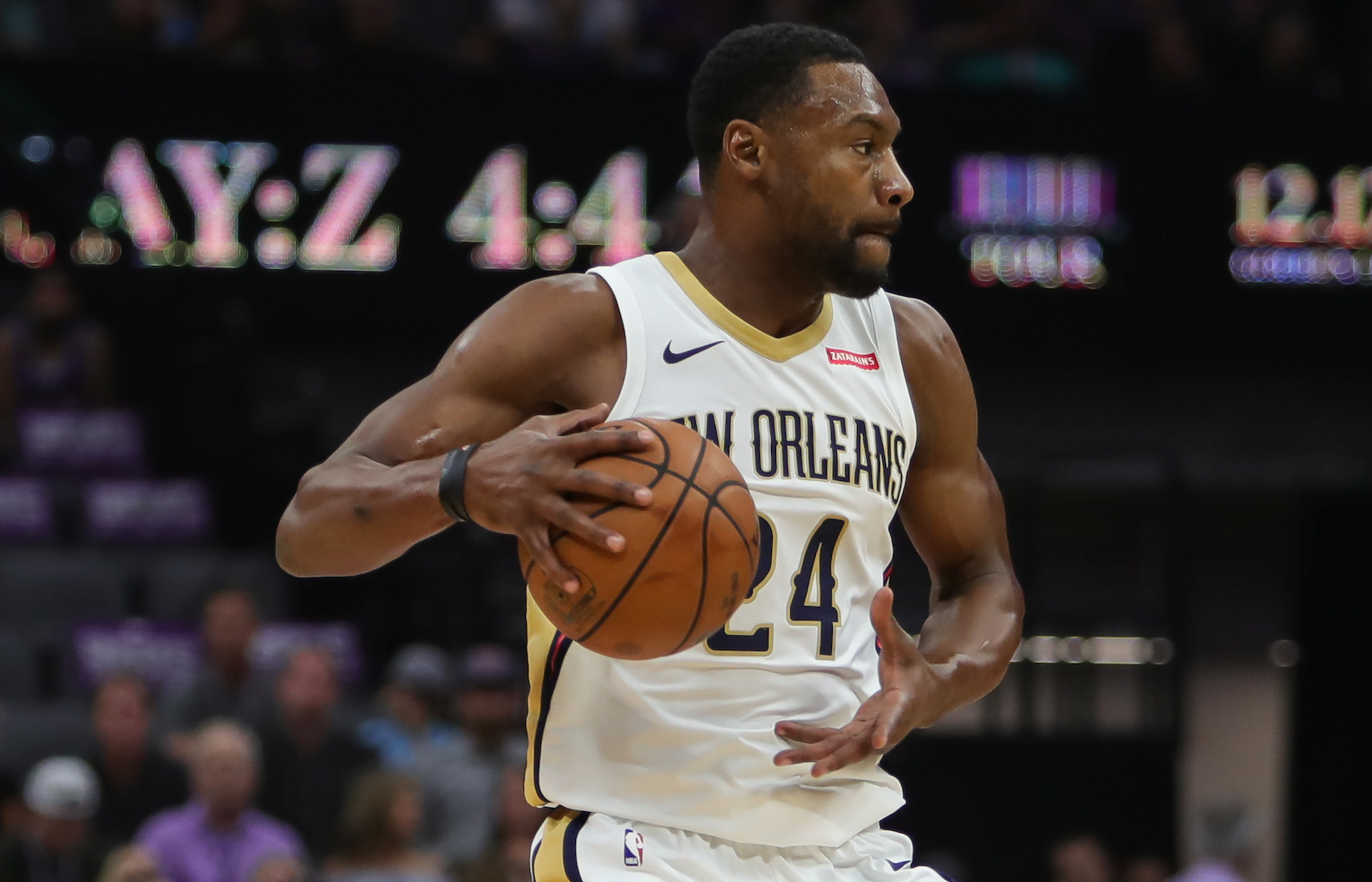 The Grindfather is heading home.

Just months after the Memphis Grizzlies moved on from their first-team all-defensive star, Allen, 36, is a part of a trade between the New Orleans Pelicans and Chicago Bulls that ships him, along with Omer Asik, Jameer Nelson, and a 2018 first round pick to his hometown, the Windy City.

The Pelicans are getting Nikola Mirotic and a 2018 second round pick in return.

TRADE:
The #Pelicans have acquired forward Nikola Mirotić and a 2018 2nd-round pick from the Bulls

Allen spent seven memorable seeasons with the Grizzlies and played only 22 in 2017-2018 in an injury-riddled campaign in New Orelans. Clearly on the downslope, he’s got little to no tread left on the tires that once carried him to three all-defensive first team campaigns in 2012, 2013 and 2015.

In Chicago, Allen joins a rebuilding franchise that hit the reset this offseason when it traded Jimmy Butler to the Timberwolves for Kris Dunn and a draft pick that turned out to be Lauri Markkanen. Although he likely won’t get much run on the hardwood, he could be a key veteran presence that helps a once-flourishing franchise hit the reboot button as it aims to build around its young assets.